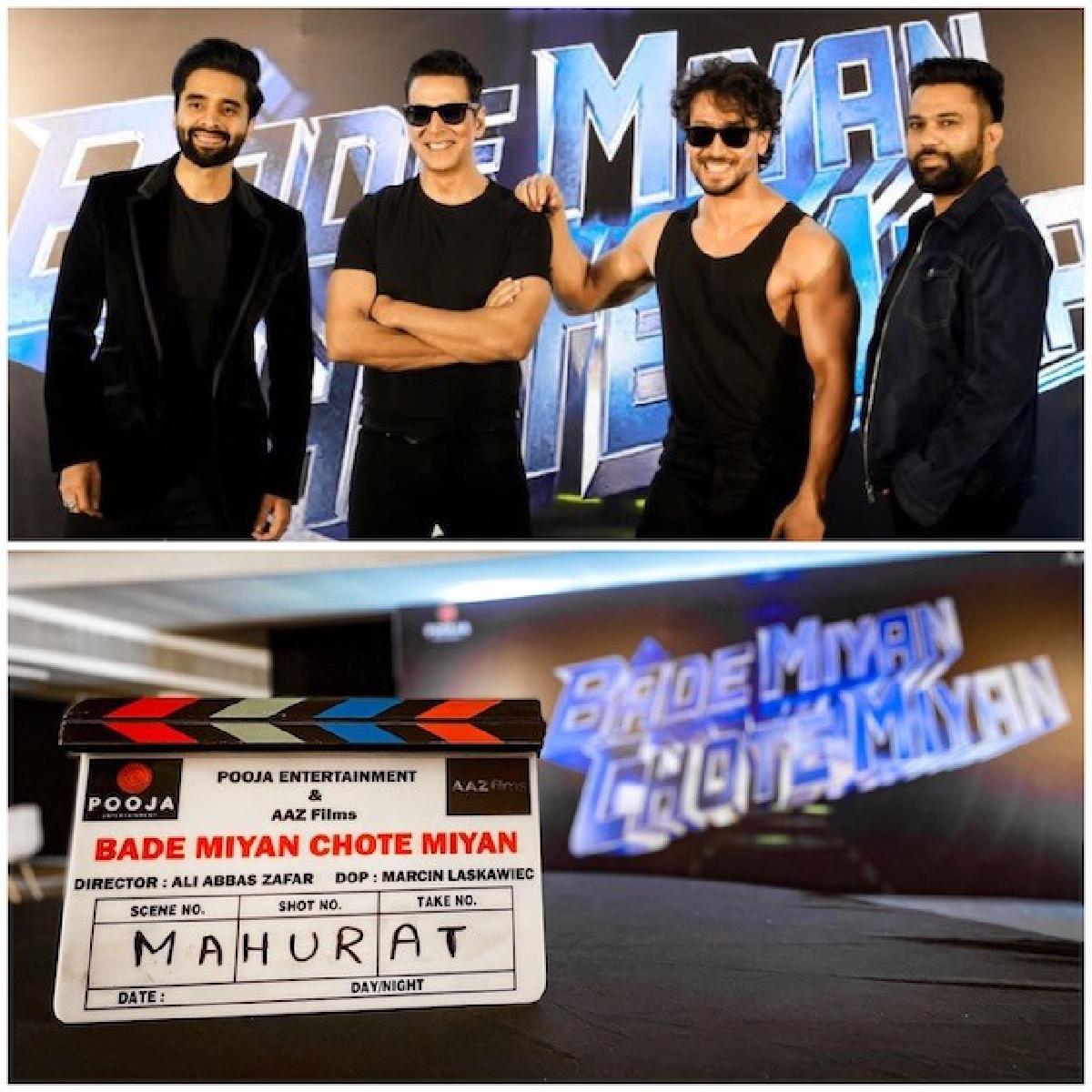 Sharing pictures for the Mahurat shot of the film, Jackky Bhagnani penned a heartfelt note, it read, “After months of toiling, dreaming and strategizing, we are ready to begin this massive ambitious journey. Truly humbled and honoured to stand alongside my ‘Bade’ and ‘Chhote’ without their nod my dream to achieve this wouldn’t have come true”

“@akshaykumar @tigerjackieshroff I’m overwhelmed and it’s a moment of immense pride and joy for us at Pooja Entertainment. Love, adore and respect these two and I can’t wait for the audiences to see what we have in store”

“Wouldn’t have been possible without our captain @aliabbaszafar! He is ready to now bestow his magic on ‘Bade Miyan Chhote Miyan’, our biggest and most ambitious project”

“So thankful to my Dad @vashubhagnani for believing and backing us and to my entire team and everybody associated with this film. Can’t wait to roll on this one @therealprithvi @pooja_ent @deepshikhadeshmukh @ihimanshumehra #BMCM #Rolling #LetsBegin” added Jackky.

The original Bade Miyan Chote Miyan, starring Amitabh Bachchan and Govinda, released in 1998. David Dhawan directed the comedy drama backed by Pooja Entertainment. The reboot is helmed by Ali Abbas Zafar. The  action thriller is scheduled to be released on Christmas this year.

Pooja Films is also bankrolling some of  the biggest releases in 2023, such as Ganapath, Capsule Gill, and Mahavir Karna.