Bake My Cake Films Issues A Statement Regarding Casting Scam 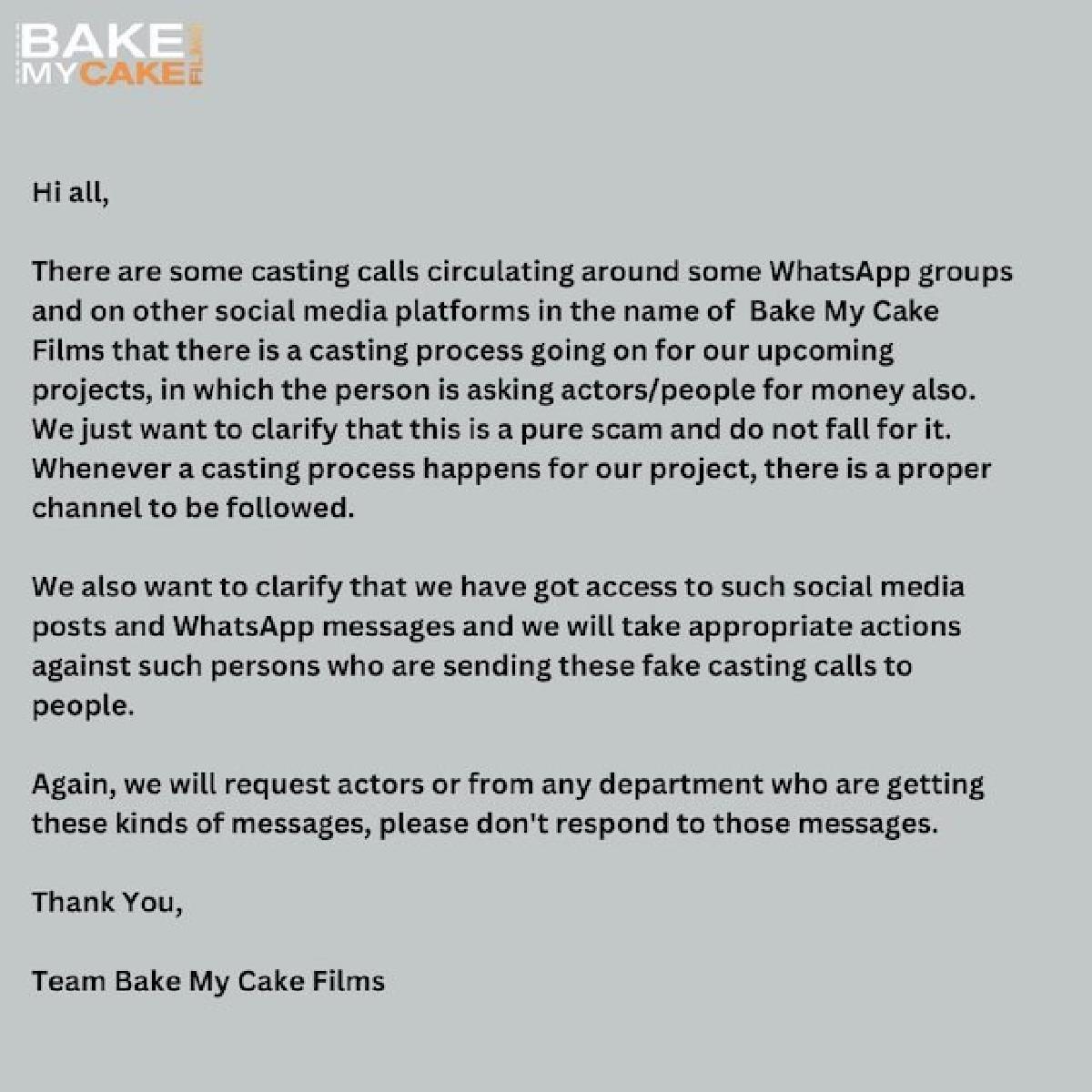 The statement read, “Hi all, there are some casting calls circulating around some WhatsApp groups and on other social media platforms in the make of Bake My Cake Films, that there is a casting process going on four our upcoming projects, in which the person is asking actors/people for money also.  We just want to clarfit that his is a pure scam and do not fall for it.

Whenever a casting process happens for our project, there is a proper channel to be followed. We also want to clarify that we have got access to such social media posts and WhatsApp messages and we will take appropriate actions against such persons who are sending these fake casting calls to people.

Again, we will request actors and from any department who are getting these kinds of messages, please don’t respond to those messages. Thank you, Team Bake My Cake Films” read the full statement.

The production house is bankrolling some of the biggest forthcoming releases, such as Salman Khan starrer Kisi Ka Bhai Kisi Ki Jaan, John Abraham starrer Tehran and Tariq, to name some.