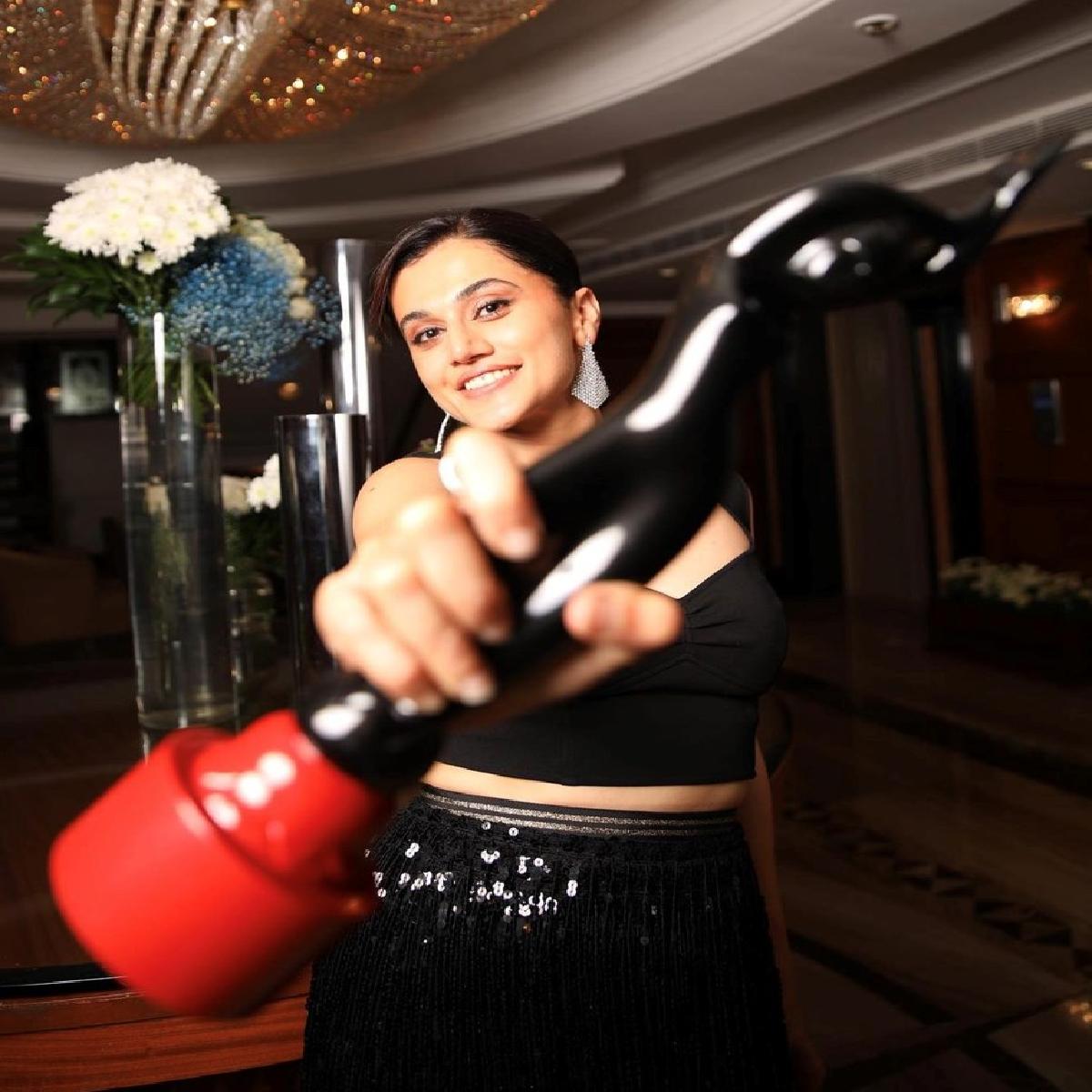 Sharing a happy picture with the trophy, Taapsee Pannu wrote, “Ok so this happened last night. #LooopLapeta was that film no one understood why I would want to do. Why would I want to touch a classic like Run Lola Run, why will I do another film where I’m running”

“I went into narration with an intent to say No and came out after giving an instant YES!  It was the confidence of the producers who were ready to put money on this risk, the writers who did such a brilliant job of adapting and making Lola our very own Savi, the director who is a crazy ball of talent ready to explode on screen and his team who just made sure my every stressful tiring day on set ended with a smile on my face! All the whys’ turned into why nots’”

“I don’t think I would’ve been half the Savi without this team. We actors do get a lot more credit than we deserve at times so this one is for the team #LooopLapeta. The coolest film I’ve ever done with the coolest bunch of people on set who had the courage to take this challenge head on and pass with some brilliant colours (you have to see the film to ‘know what I mean’)…This #BestActress trophy for the team jiski G mein D hai. #FilmfareOTTAwards2022” added Taapsee.