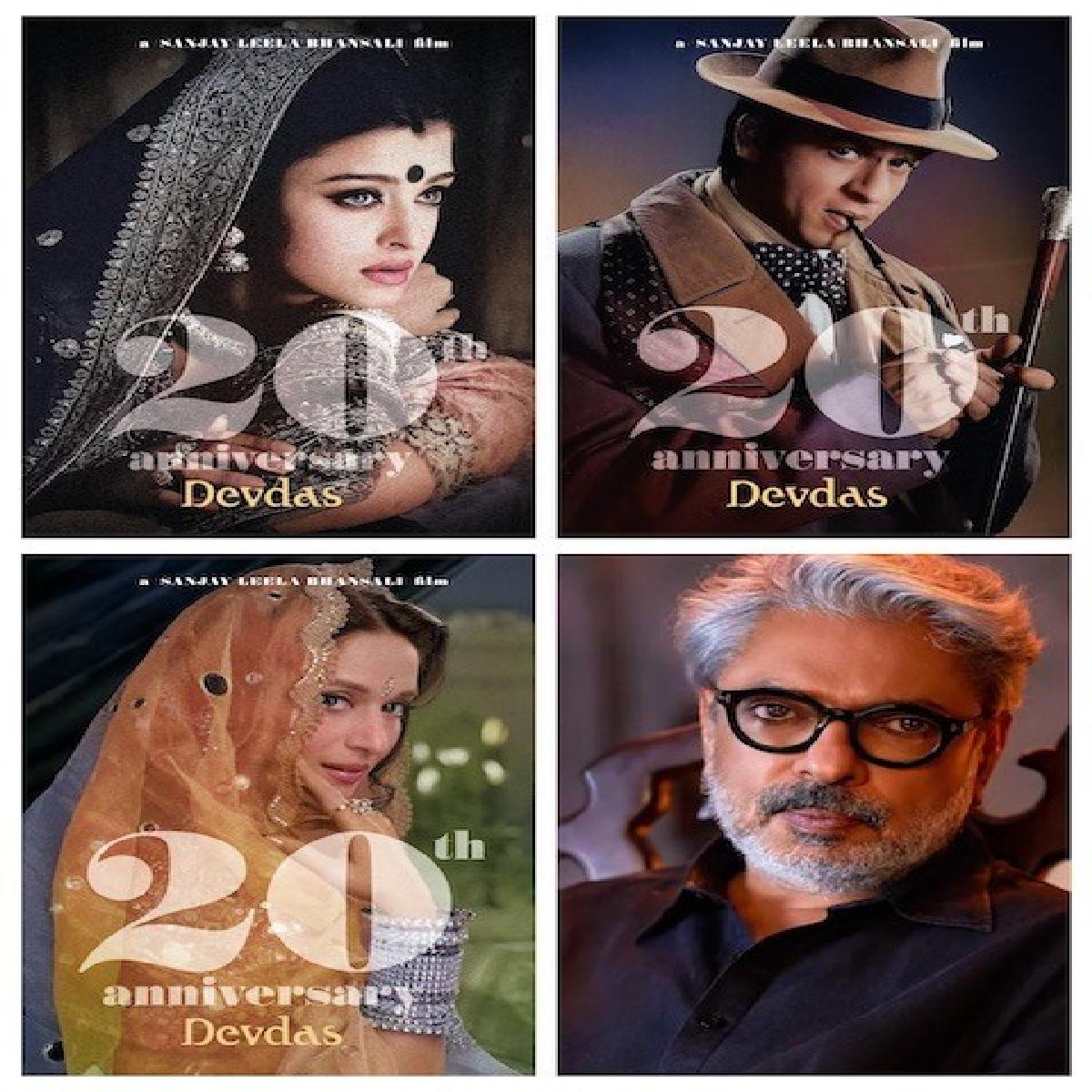 Helmed by Sanjay Leela Bhansali, starring Shah Rukh Khan, Madhuri Dixit, and Aishwarya Rai Bachchan in the lead, based on the 1917 novel by Sarat Chandra Chattopadhyay, Devdas clocks 20 years of its release.

Bhansali Productions, home banner of filmmaker Sanjay Leela Bhansali, celebrates the 2 decades of one of the most iconic and prolific movie of Bollywood.

Sharing the posters of Shah Rukh Khan as Devdas Mukherjee, Aishwarya Rai Bachchan as Paro and Madhuri Dixit Nene as Chandramukhi, it said, “Devdas is mystical. Devdas is melancholic yet poetic. Devdas is a character and a film so special that it sparks love, longing & romance within us even today...Devdas, 20 years later still stands for all this and a lot more! Here’s celebrating #20YearsOfDevdas #SanjayLeelaBhansali @iamsrk @aishwaryaraibachchan_arb @madhuridixitnene @shreyaghoshal”

Devdas was the most expensive Indian film ever made at the time, in 2002, the film was a commercial success and emerged as the highest-grossing Indian film of the year, earning approximately 1.68 billion worldwide.

Winning five National Film Awards and eleven Filmfare Awards; it was also nominated for the BAFTA Award for Best Film Not in the English Language.

Devdas is considered one of the most outstanding performance by Shah Rukh Khan till date.