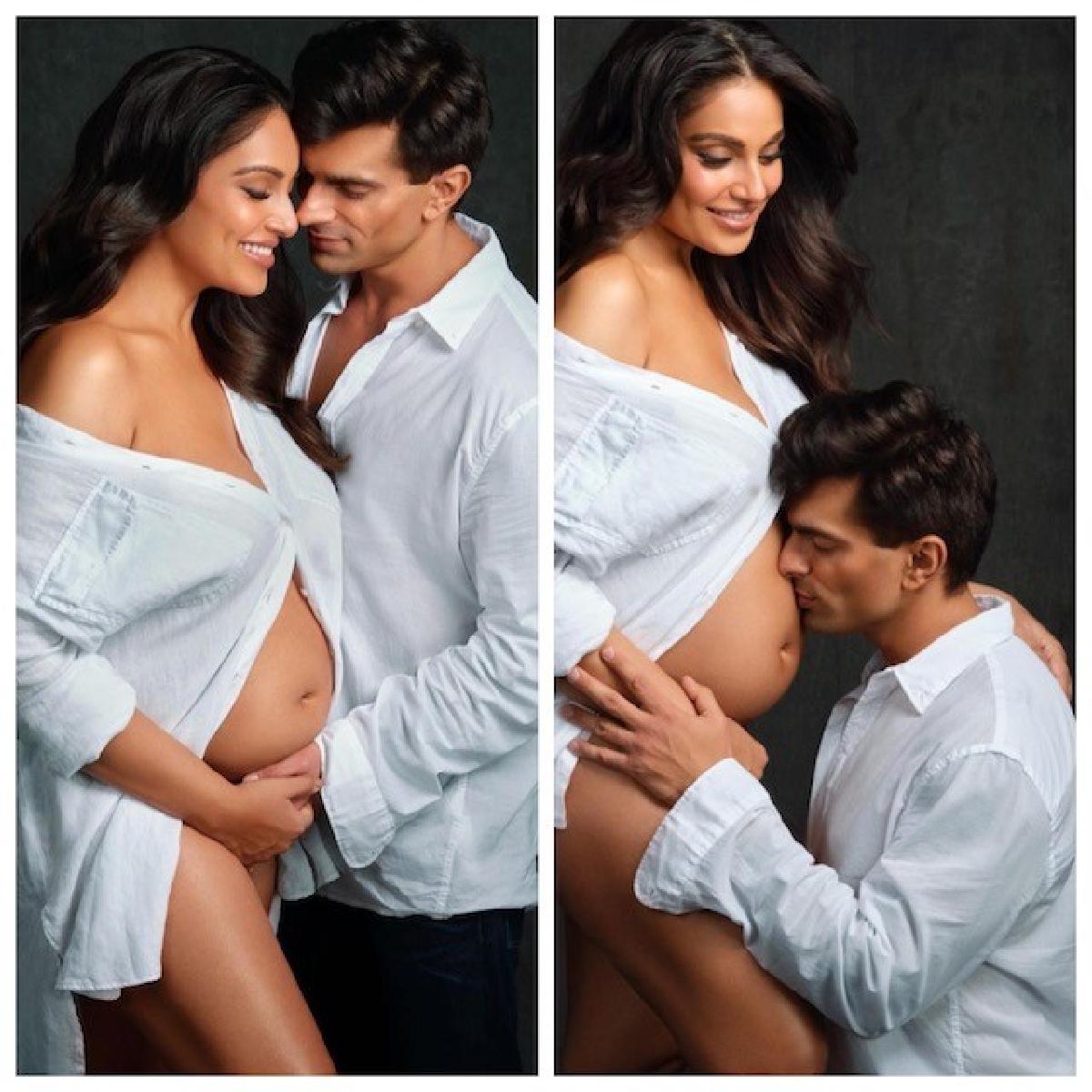 News was viral that beautiful Bipasha Basu and Karan Singh Grover are expecting their first child, however there was no confirmation, until now. The duo has made it official, they are pregnant!

Actress Bipasha Basu and husband Karan Singh Grover took to their social media profiles and shared beautiful pregnancy pictures and made it official.

Sharing the picture, Bipasha Basu wrote a note, it read, “A new time, a new phase, a new light adds another unique shade to our prism of life. Making us a little more whole than we used to be. We began this life individually and then we met each other and from then we were two”

“Too much love for only two, seemed a little unfair for us to see…so soon, we who once were two will now become three. A creation manifested by our love, our baby will join us soon and add to our glee”

“Thank you all, for your unconditional love, your prayers and good wishes as they are and will always be a part of us. Thank you for being a part of our lives and manifesting with us another beautiful life, our baby…Durga Durga”

Karan and Bipasha met during the shooting of the 2015 film Alone. The couple got married on April 2016 as per Bengali traditions. They later hosted a reception for their industry friends, which was attended by several Bollywood stars. The couple co-starred in the web-series Dangerous.