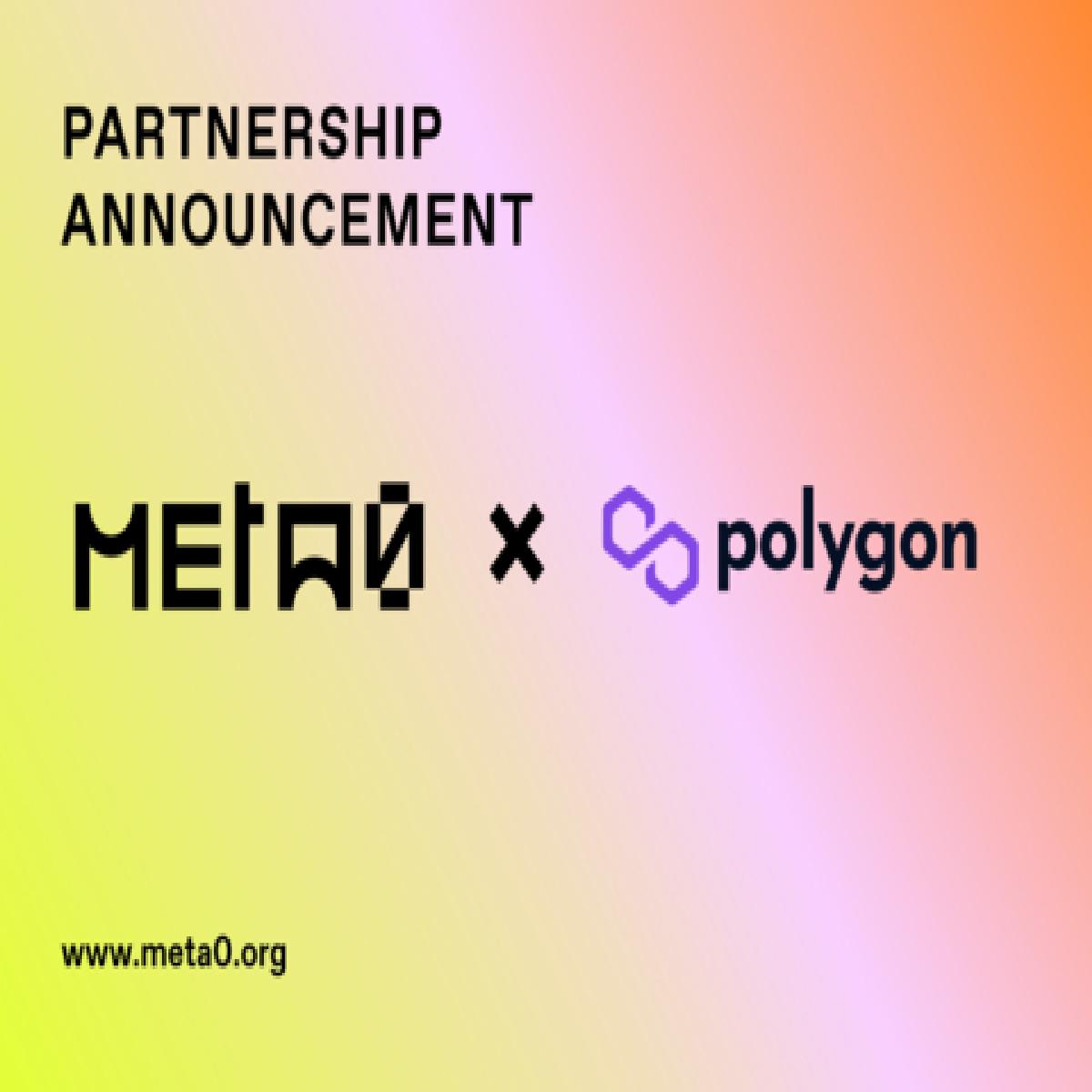 Meta0, a new blockchain startup that connects metaverses and blockchain ecosystems through a Layer 0 protocol, has announced an official partnership with Polygon.

This press release features multimedia. View the full release here: https://www.businesswire.com/news/home/20220824005476/en/Polygon is one of the most cost-effective EVM-based blockchains, and also a favorite choice amongst game developers. By partnering with Polygon, Meta0 will provide game devs with all of the advantages of the Polygon platform: low fees, a big user community and a vast decentralized apps (dapp) ecosystem with which to integrate.

The Polygon network has grown over 400% this year, boasting just over 37,000 decentralized dapps — with 74% of teams integrated exclusively on Polygon. The network is fast becoming the de facto platform for Web3 gaming, working with the likes of Ubisoft, Atari, Animoca, Decentraland, Somnium Space, Sandbox, Atari (multiverse), and Aavegotchi among others. Founded by the former global head of TikTok's strategy and gaming unit, Jason Fung, Meta0 provides the tools game developers need to easily reach players on every blockchain while also spending less time, money and personnel on the development process itself. As a one-stop shop for game developers, they remove the technical complexities of blockchain integration by providing intuitive API and SDK-based solutions that offer cross-chain support.

"We couldn't be more excited to announce this partnership with Polygon," said Ricardo Rodrigues, Head of Global Partnerships at Meta0. "This is another significant step in expanding Meta0's offering of blockchain interoperability and access to more gamers for game devs everywhere who want to make the best Web3 gaming experiences."

Meta0 is a blockchain infrastructure company that advances interoperability by connecting different chains and metaverses through a Layer 0 protocol. The company makes blockchain integrations easy for game developers through white-label, API, and SDK-based solutions, so that they can focus on building fun-to-play Web3 games and on creating experiences that gamers enjoy. Learn more about Meta0 at www.meta0.org.

Polygon Studios aims to be the home of the most popular blockchain projects in the world. The Polygon Studios team is focused on supporting developers building decentralized apps on Polygon by providing Web2 and Web3 teams with a suite of services such as developer support, partnership, strategy, go-to-market, and technical integrations. Polygon Studios supports projects from OpenSea to Prada, from Adidas to Draft Kings and Decentral Games to Ubisoft.

Polygon is the leading blockchain development platform, offering scalable, affordable, secure and sustainable blockchains for Web3. Its growing suite of products offers developers easy access to major scaling solutions including L2 (ZK Rollups and Optimistic Rollups), sidechains, hybrid, stand-alone and enterprise chains, and data availability. Polygon’s scaling solutions have seen widespread adoption with 37,000+ decentralized applications hosted, 1.94B+ total transactions processed, 164M+ unique user addresses, and $5B+ in assets secured. The network is home for some of the biggest Web3 projects such as Aave, Uniswap, OpenSea and well-known enterprises including Meta, Stripe and Adobe. Polygon is carbon neutral with the goal of leading the Web3 ecosystem in becoming carbon negative.

If you're an Ethereum Developer, you're already a Polygon developer! Leverage Polygon’s fast and secure txns for your dapp, get started here.