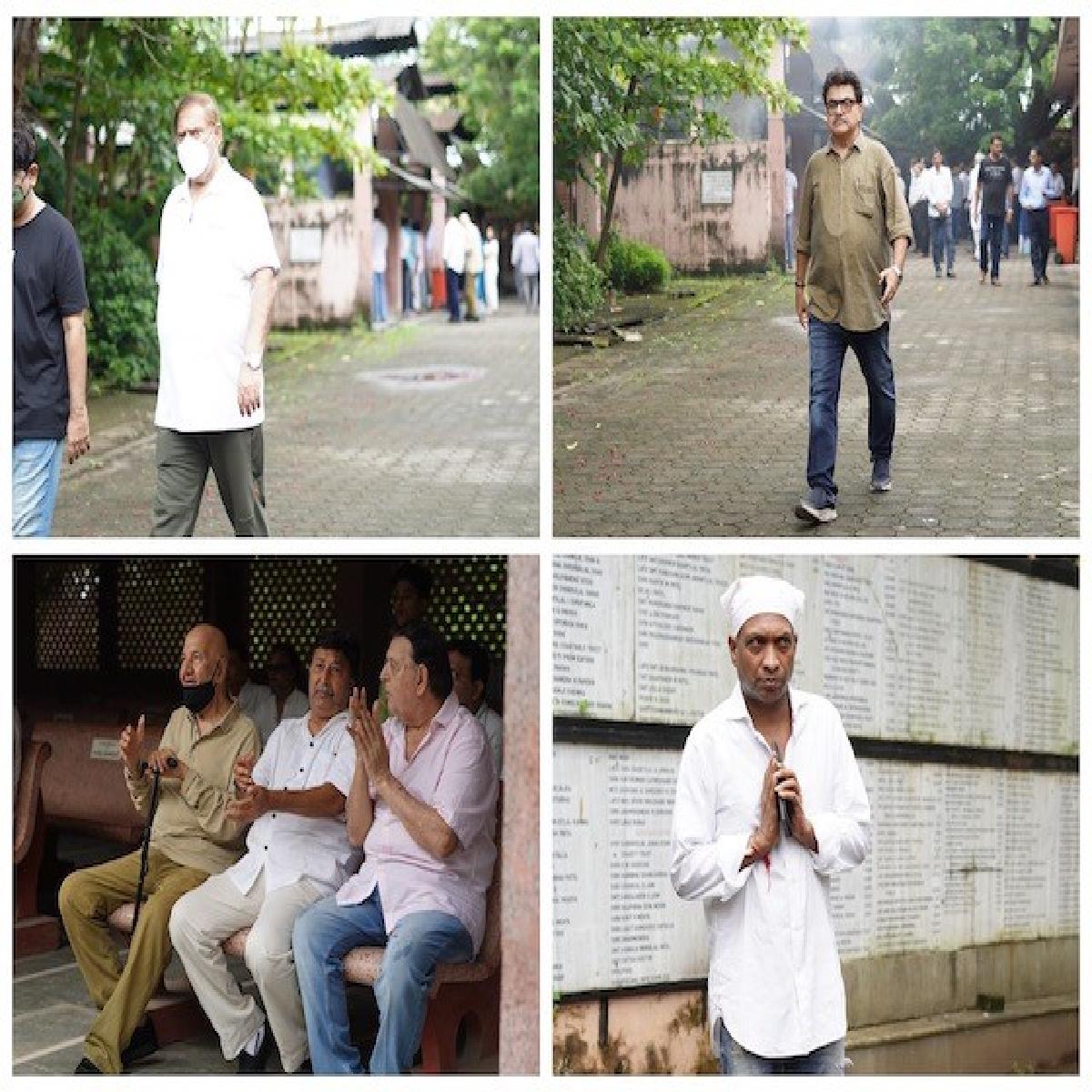 Bollywood celebrities such as Prem Chopra, Ashok Pandit, David Dhawan, Sunil Pal and many more attended the final rites of Saawan Kumar Tak, who passed away in Mumbai on Thursday.

Known for making hit movies, such as Sanam Bewafa and Souten hitmaker, filmmaker and producer Saawan Kumar Tak was 86 years old when he breathed his last at Kokilaben Dhirubhai Ambani Hospital, Mumbai, where he was undergoing treatment for a lung infection.

On Friday morning, the mortal remains of the filmmaker reached his Juhu home in Mumbai from the hospital. After the family pays their last respects, the filmmaker will embark on his final journey. The filmmaker was best known for directing Salman Khan-starrers Sanam Bewafa, Chaand Ka Tukda, Saawan - The Love Season and more.

Last evening, Salman Khan mourned the demise of the filmmaker. He took to his social media and shared a picture with Saawan and captioned it, “May u rest in peace my dear Sawaan ji. Have always loved n respected u”.