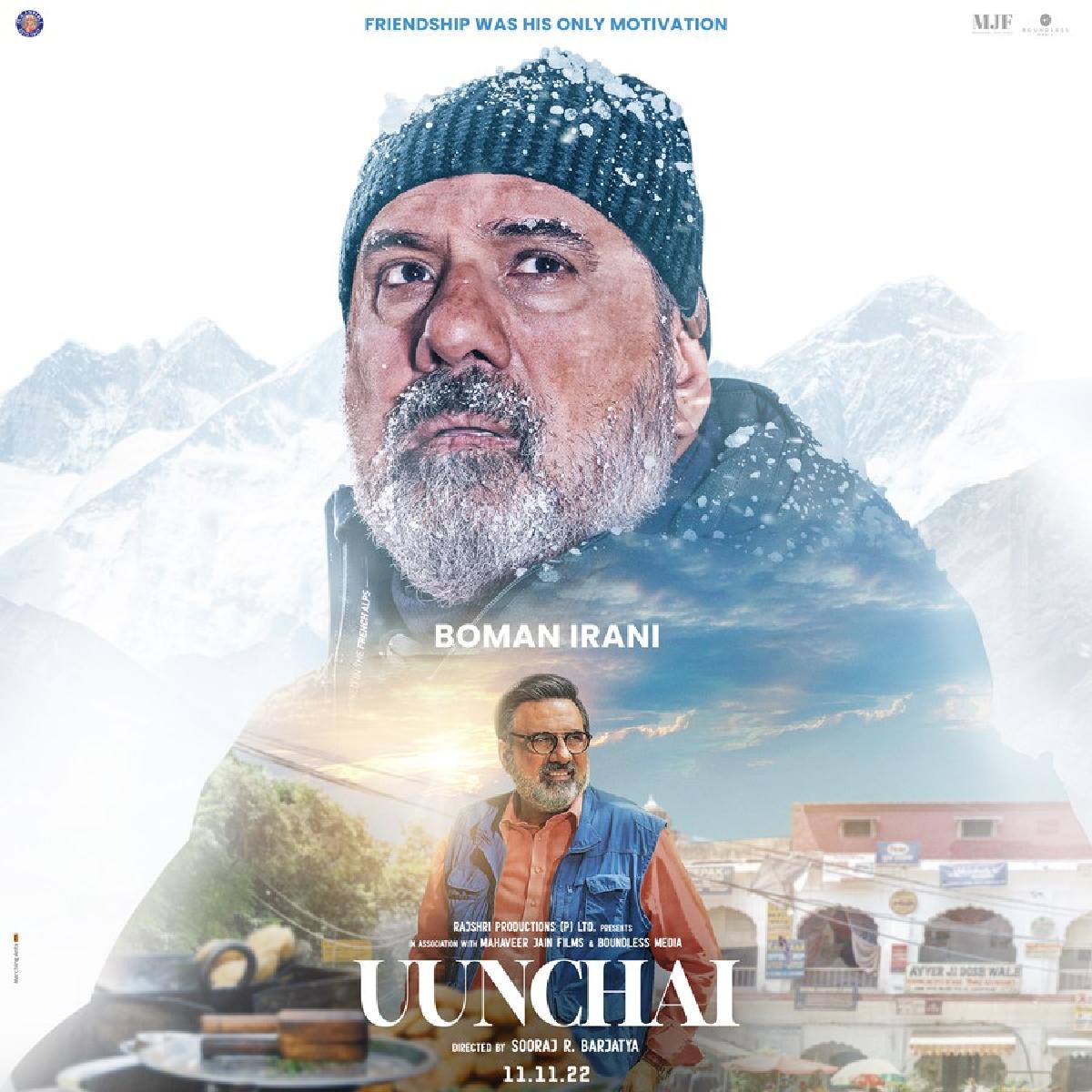 After unveiling character poster for Amitabh Bachchan and Anupma Kher, the makers of Uunchai introduces Boman Irani as Javed Siddiqui from the drama based on friendship.

The official handle of Rajshri Productions dropped the first look character poster for Boman Irani on social media. It said, “Presenting Boman Irani as Javed Siddiqui in our next – #Uunchai! Experience the power of friendship in a theatre near you on 11.11.22! #75YearsOfRajshri #SoorajBarjatya @amitabhbachchan  @anupampkher @boman_irani @neena_gupta  #Sarika  @parineetichopra  #MahaveerJain  @natashamalpanioswal  @boundlessmedia.in  @mahaveer_jain_films @uunchaithemovie #Rajshri”

Boman Irani is seen two different avatars on the poster, one is standing right in front of a home, a very poised and happy individual, while the second one is standing on a hilltop, covered in snow, with a grim expression on his face.

In 2020, Irani began a masterclass named Spiral Bound with the aim of uniting amateur and professional screenwriters. Spiral Bound has completed more than 500 sessions.