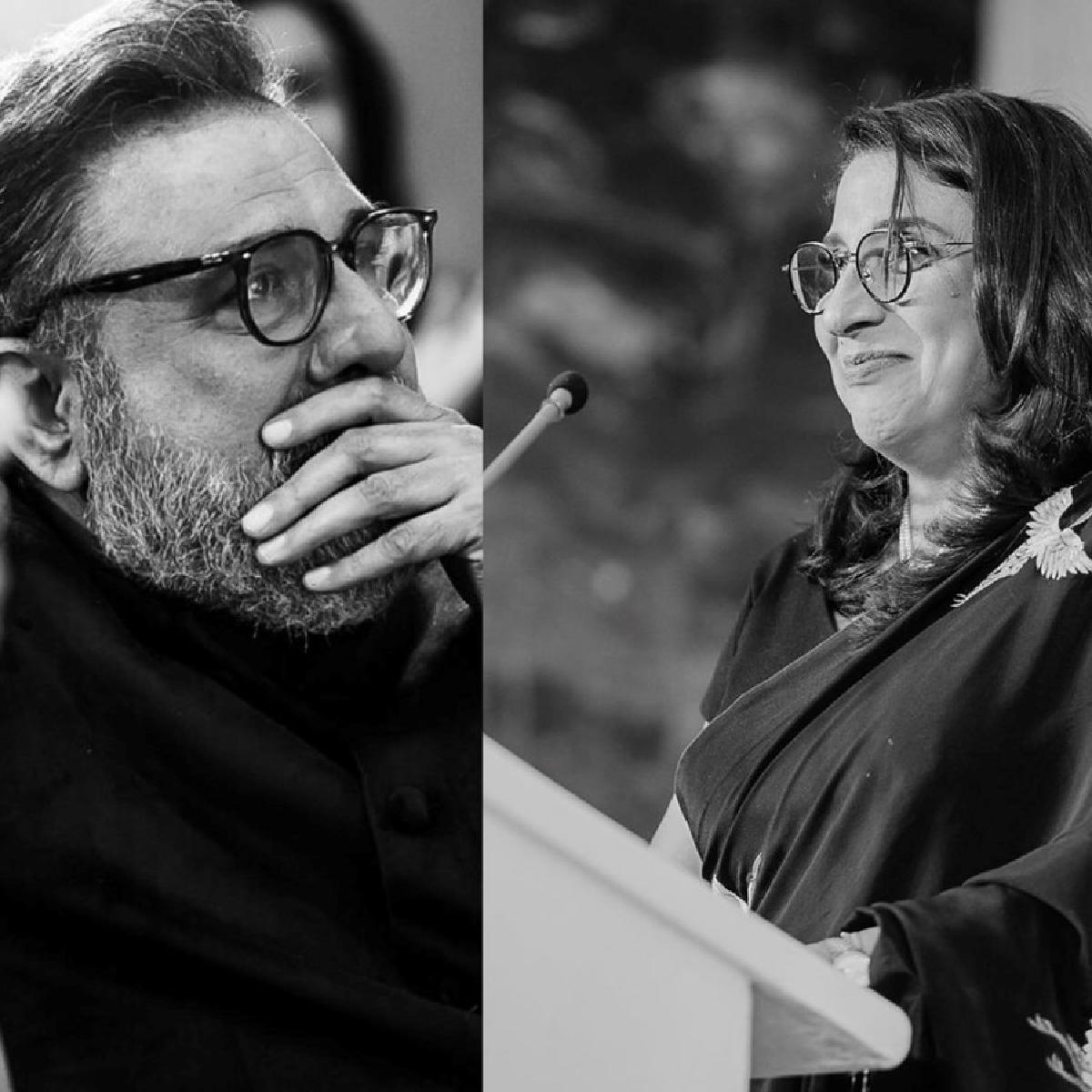 Actor Boman Irani pens a heartfelt note and praises his wife Zenobia for overcoming her fear of public speaking during Spiral Bound function.

Spiral Bound is a learning platform which Boman Irani started for budding writers, amateur and professional from different walks of life to unite and learn the nuances of screenwriting has turned into a massive hit online.

Sharing a monochromatic picture, Boman Irani wrote, “Zenobia has never made a speech in public. Not even at a small family function at home. The technical term for the “fear of public speaking” is…Zenobia’”

“So when the hosts introduced her to the stage to speak at the @spiralbound_imt function, I was about to jump up and firefight the situation. Instead Zenobia coolly walked on to the stage, with a smile that said ….’surprised?!?’ I was surprised for sure but also moved beyond words. She did this for me. Good for me, but more importantly good for you too….my darling! @iranimovietone. PS: I’ll be posting her speech soon!!! #SpiralBound #surprise #firsttime #bounderforlife #wife @storiesbyjosephradhik @mohamedjameer @i_ivin” added Boman.

Boman Irani started his own production house, Irani Movietone, in 2019, but due to pandemic he started teaching screen writing under Spiral Bound initiative. Now Boman is planning to adapt his own script for a movie, which he will produce as well.

Meanwhile on the work front, Boman Irani will soon be seen in Runway 34 with Ajay Devgn, Amitabh Bachchan and Rakul Preet Singh. He is also part of Jayeshbhai Jordaar, 1947: Brexit India, and Uunchai.