Boss Party Song Is Out Now, Megastar Chiranjeevi Gets Groovy 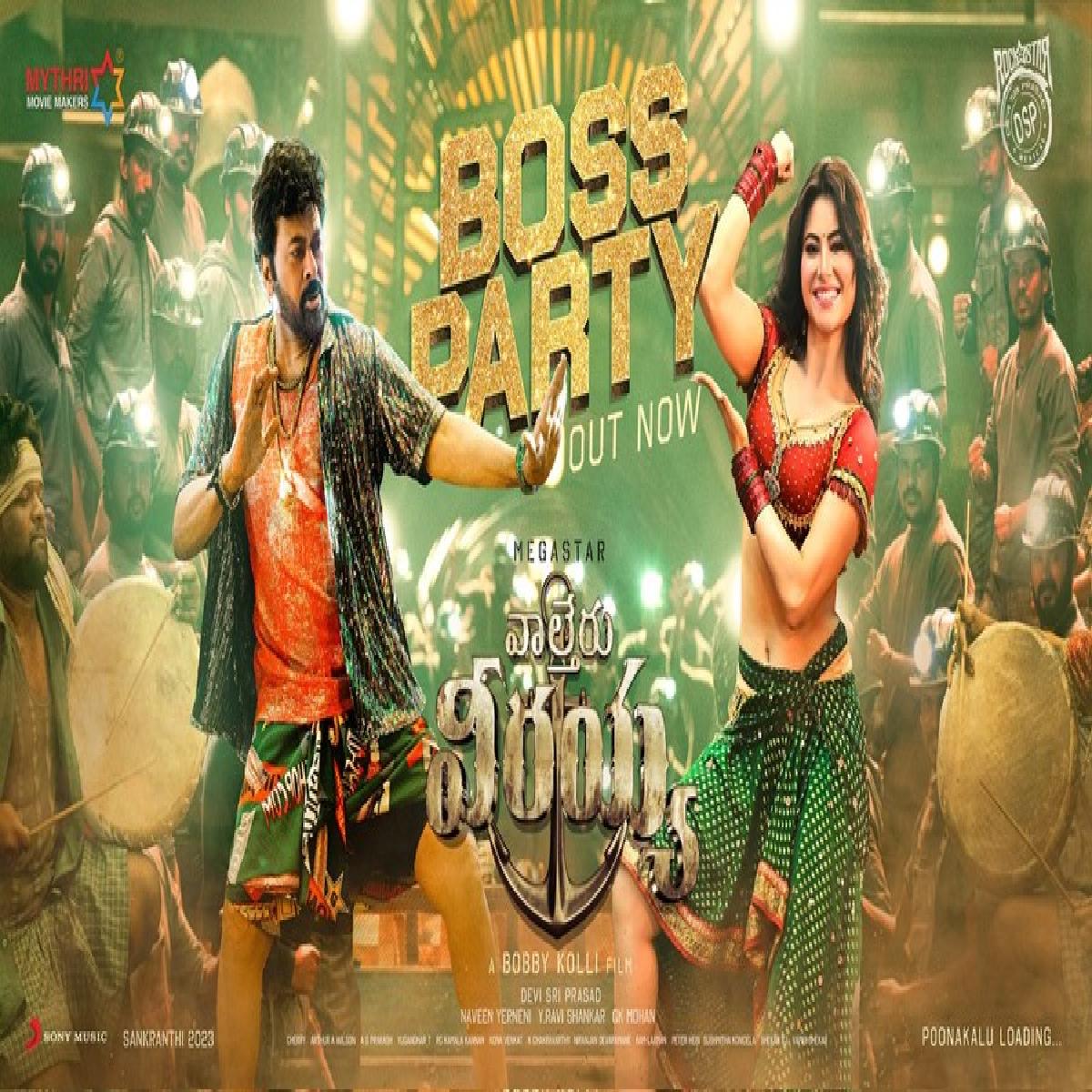 The song is crooned by DSP,  Nakash Aziz, and Haripriya, the song Boss Party is composed by DSP. The lyric video has everything fans have been expecting from the popular combination of Chiru and DSP. The peppy tunes, massy vibes, the Megastar's graceful moves and the vibrant frames are sure to send his fans into a tizzy. Urvashi Rautela, who is seen in a special appearance, also makes her presence felt.

Bobby Kolli has directed the movie which will release in theatres in January 2023. Ravi Teja, Shruti Haasan and Catherine Tresa among others play key roles in the film produced by Naveen Yerneni and Y Ravi Shankar.