Brahmastra Trailer Out On This Date Check Out The Teaser 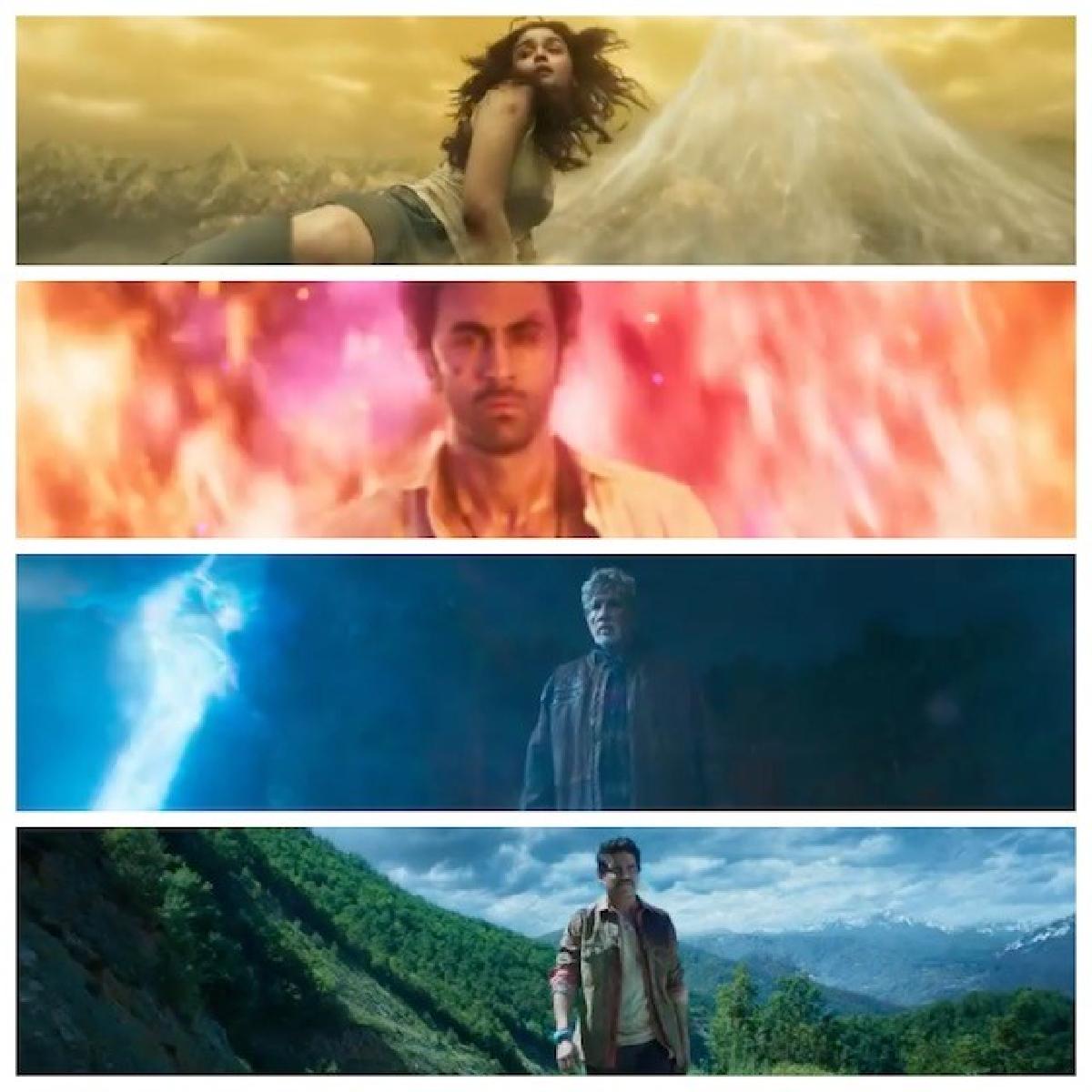 Brahmāstra Part One: Shiva, also known as Brahmāstra, the forthcoming fantasy adventure will have its trailer release on 15th June 2022. The makers of the film have dropped a teaser from the film, which is written and directed by Ayan Mukerji, and produced by Karan Johar.

The official handle of Dharma Productions shared the teaser on social media, it said, “In just 100 days, BRAHMĀSTRA: Part One will be all yours, But before that, don’t miss the Brahmāstra TRAILER on JUNE 15TH!!  #DharmaProductions #DharmaMovies #Dharma #Films #BollywoodMovies #Movies #InstaGood #InstaDaily #AmitabhBachchan #RanbirKapoor #AliaBhatt #AkkineniNagarjuna #MouniRoy #AyanMukerji #Brahmastra”

It stars Ranbir Kapoor, Alia Bhatt, Amitabh Bachchan, Nagarjuna Akkineni and Mouni Roy. The film is intended to serve as the first film in a planned trilogy.

Initially the film's title was rumoured to be Dragon but was later confirmed as Brahmāstra. Director Ayan Mukerji explained that the title Brahmāstra "resonates with the ancient wisdom, energies and power,". Mukerji also revealed that it is a "contemporary film with ancient elements."

The film is scheduled for release in standard formats, 3D, and IMAX 3D on 9thSeptember 2022.