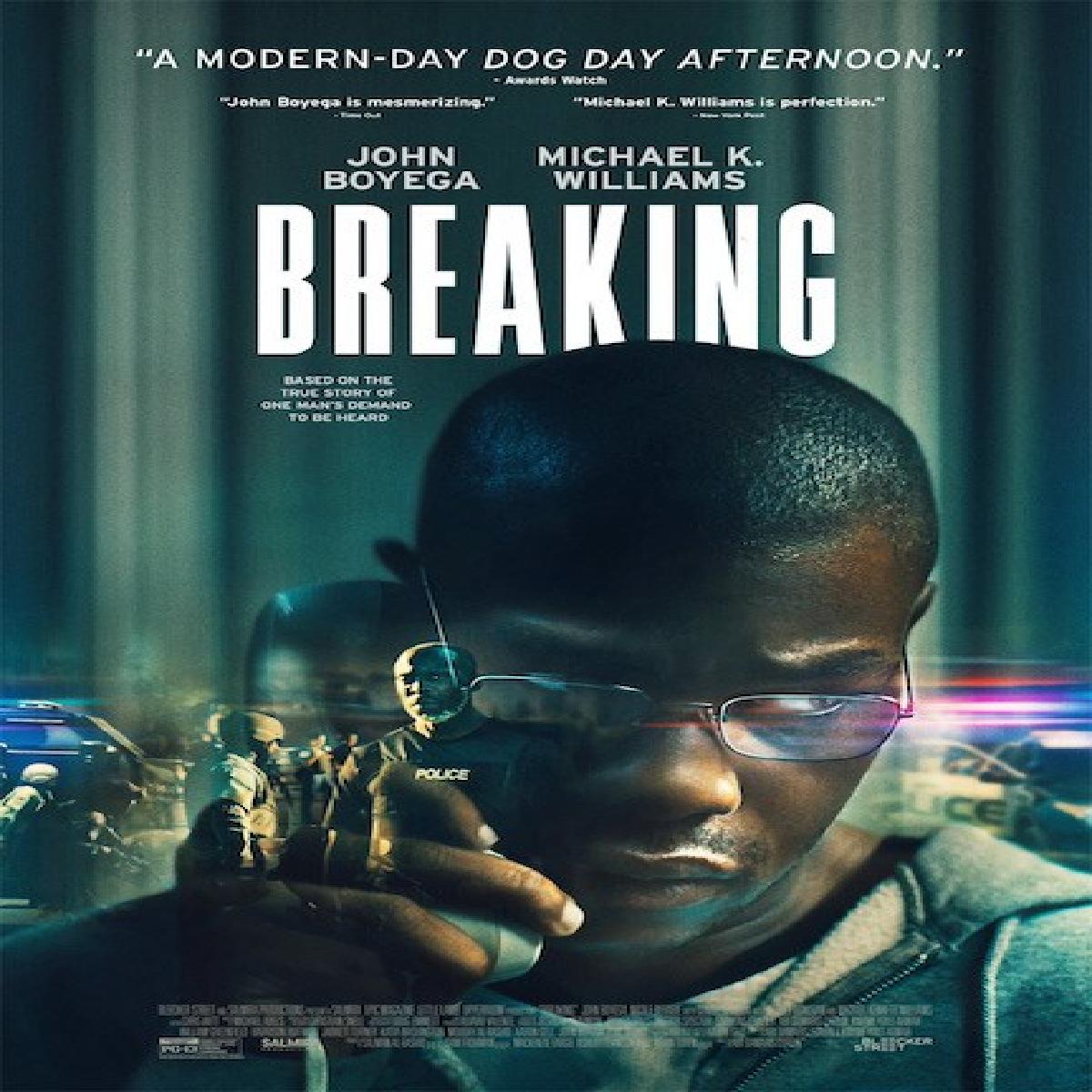 Breaking revolves around a Marine war veteran facing mental and emotional challenges when he tries to reintegrate back into civilian life, struggling to deal with the VA. So he decides to go to a bank and take a few people hostage, with no intention of harming them, with the hope of bringing more media attention to his challenges as a veteran.

The film stars John Boyega, Nicole Beharie, Selenis Leyva, Connie Britton, Jeffrey Donovan, Olivia Washington, and Michael Kenneth Williams.
Star-wars fame Boyega is at his best in the trailer, with a delicate emotional performance as someone who deserves sympathy despite his actions.

Breaking, formerly known as just 892, is directed by filmmaker Abi Damaris Corbin. The screenplay is written by Kwame Kwei-Armah and Abi.