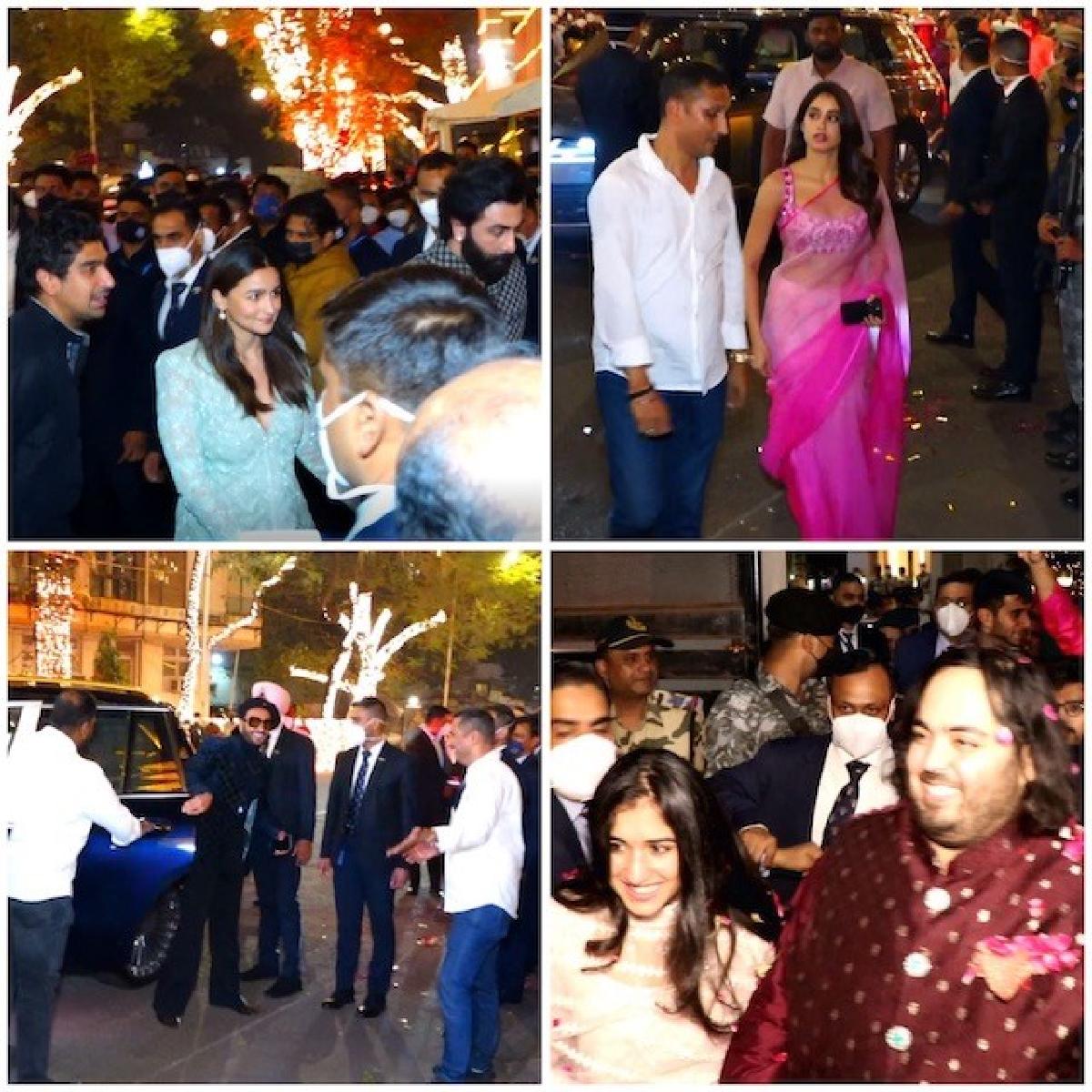 Ranbir Kapoor and Alia Bhatt clocked their first social outing after having Raha. Ranbir was seen sporting a black kurta pyjama and Nehru jacket, and Alia turned eyeballs in a dazzling sharara.

Ranveer Singh opted for a super chic look wrapped in a blue velvet suit, as he happily waved to the photographers stationed at the event.

Anant Ambani and Radhika Merchant, the couple received a grand welcome from the family members in the city with a great flower show at the Ambani residence, dhol beats, nagade, and fireworks at Worli sea-link.

Radhika is the daughter of Viren Merchant, the CEO of Encore Healthcare. She hails from Kutch, Gujarat. She has trained in Bharatnatyam for eight years and is the disciple of Guru Bhavana Thakar of Shree Nibha Arts.