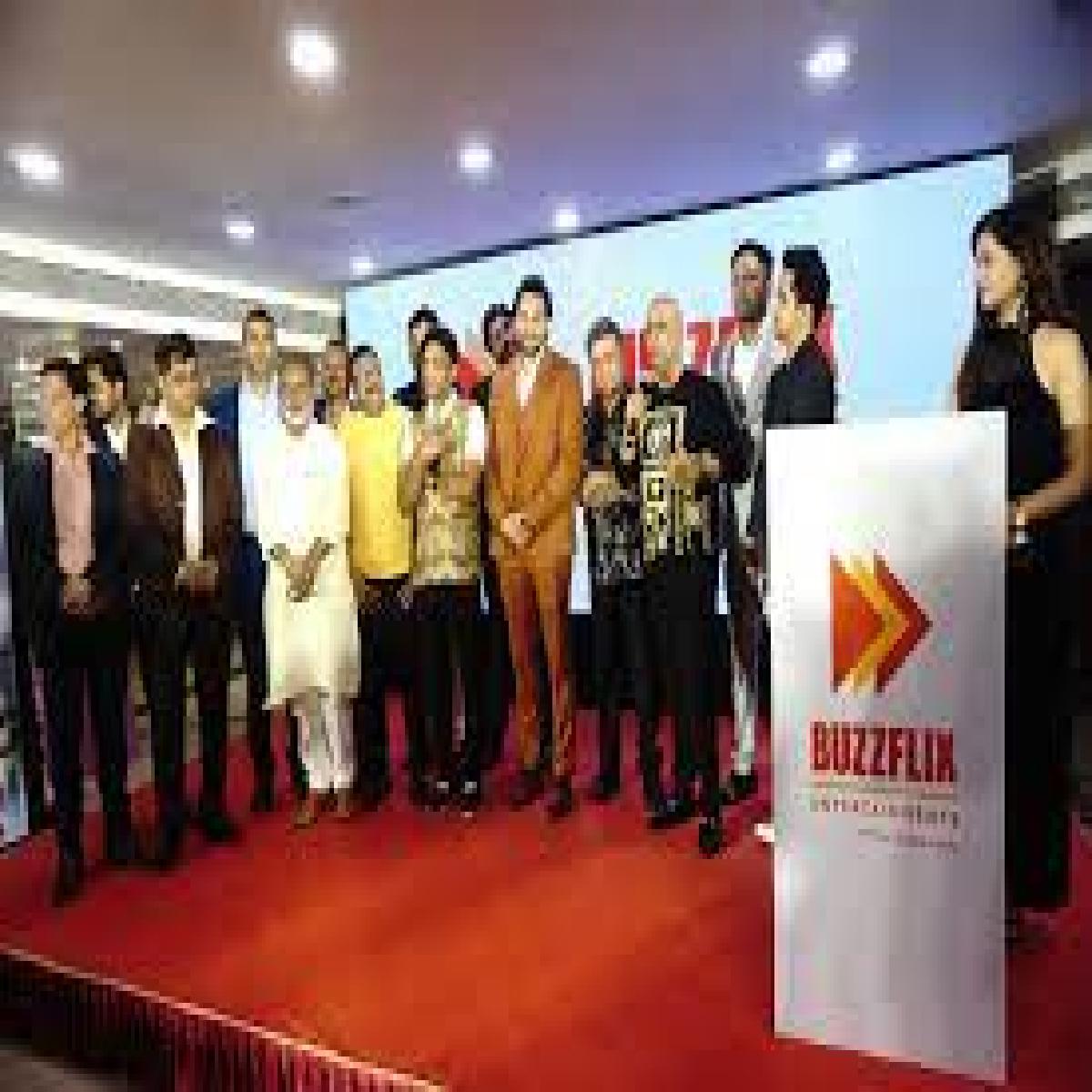 Exciting family days are here! India now has its first family-friendly OTT platform in the name of Buzzflix. At a gala event held in Mumbai, Buzzflix was launched amidst the presence of noted stars of the film and entertainment industry. The channel was unveiled and the exclusive content went live on the platform at the event.

The launch campaign #SabkaOTT is given to emphasise the fact that the entire content going live on the platform can be viewed with the entire family and from the comfort of their homes. The content will be suitable for all ages and free from any vulgar, sexual or gory material.

Popular stand-up comic Sunil Pal said, "I am very happy to be associated with Buzzflix. I urge people to consume good and clean content. I hope there is a comedy show on Buzzflix as well."

Noted actor Vijay Patkar, whose series Shantaram VS Many, launched at the event, said, "Buzzflix's USP is complete family entertainment. Courtesy of Buzzflix, I got an opportunity to work with accomplished actors and the team knows its job really well."

The three original projects, Shantaram V/s Many, Ek Ansuni Dhun-Notreachable, and Natthu Ki Almari, were launched at the event while more than 100 Indian movies were made available on the dashboard. Teasers of the upcoming projects such as 0.00 MegaWatt- Chandanpur and Vishnu Ki Vespa were also played at the launch event. The content is available in Hindi and will be dubbed in other regional languages. More content in other regional languages will also be available in days to come.

“Buzzflix makes such content wherein family and individuals can sit anywhere and enjoy films, web series and much more. Popularity and demand in youth have led to increasing viewership of digital platforms. There was a dearth of family-friendly OTT platforms," said Sameer Shenoy, Co-founder, Buzzflix.

Seconding the opinion, Rakesh Thakur, Co-founder, Buzzflix, said, "While we don't intend to compete with others, we shall give the audience a wide variety of prime and classic content." Pravarsen Yesambare, CEO of the platform, further emphasised the quality of the content.

With projects involving a start-studded line-up and accomplished actors such as Mahesh Thakur, Mauli Ganguli, Kanwarjit Singh Paintal, Vijay Patkar, Sada Yadav, Shweta Mehta, Vijay Badlani, Manmeet Kaur, and Rajesh Puri among others, the platform is set to get a kickstart.

Disclaimer: This release is from Oreo One Digital Agency.