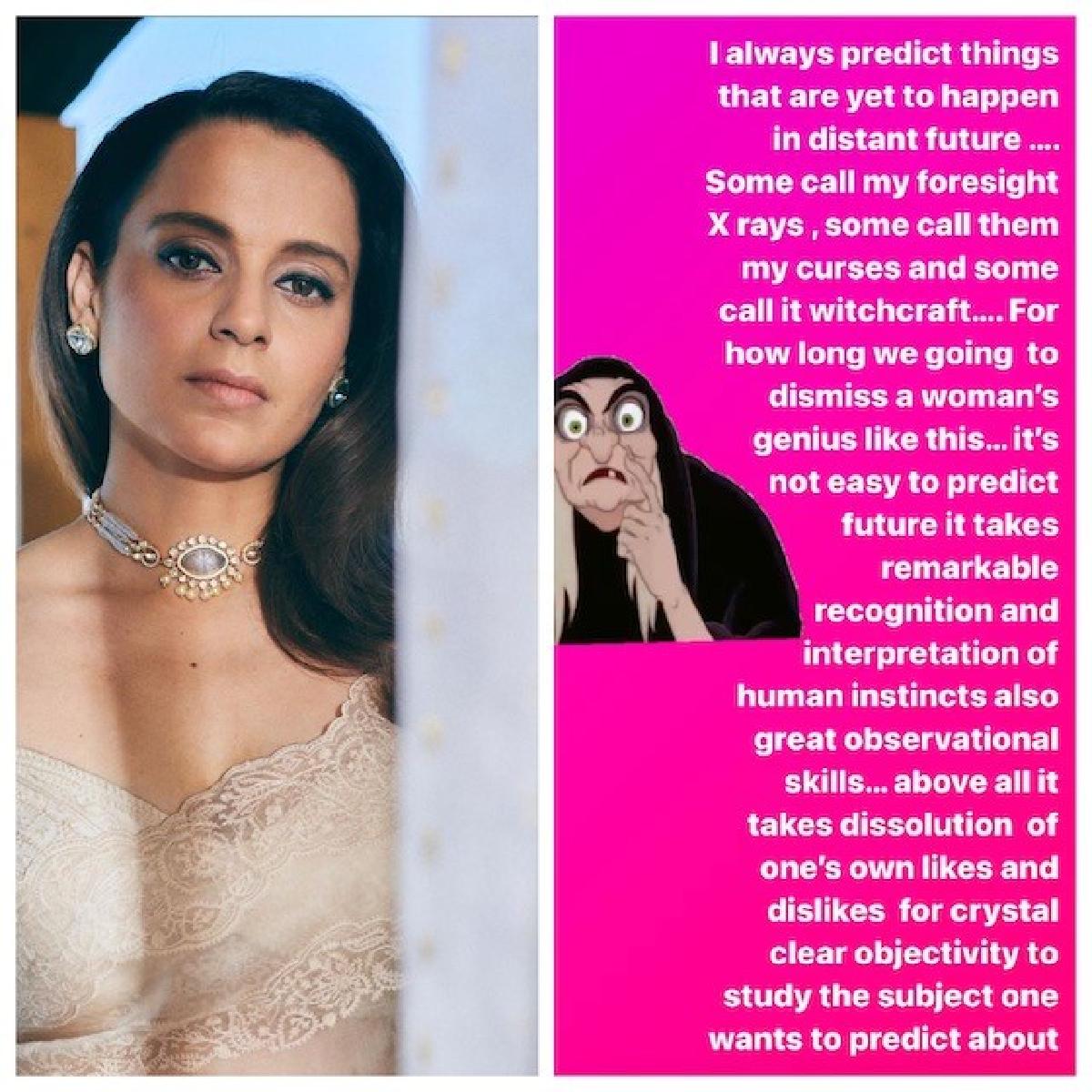 In May 2021, Kangana's Twitter account was 'permanently suspended for repeated violation of Twitter rules. The suspension came after the actress had made an incendiary post, claiming that the victory of the Mamata Banerjee-led All India Trinamool Congress in the Assembly election of West Bengal had led to violence.

The next one read, "I always predict things that are yet to happen in distant future...some call my foresight X rays, some call them my curses and some call them witchcraft...For how long are we going to dismiss a woman's genius like this…it's not easy to predict future it takes remarkable recognition and interpretation of human instincts also great observational skills...above all it takes dissolution of one's own likes and dislikes for crystal clear objectivity to study the subject one wants to predict about."

Meanwhile, on the film front, Kangana will be next seen in the period drama film 'Emergency' which also marks her first solo directorial film.