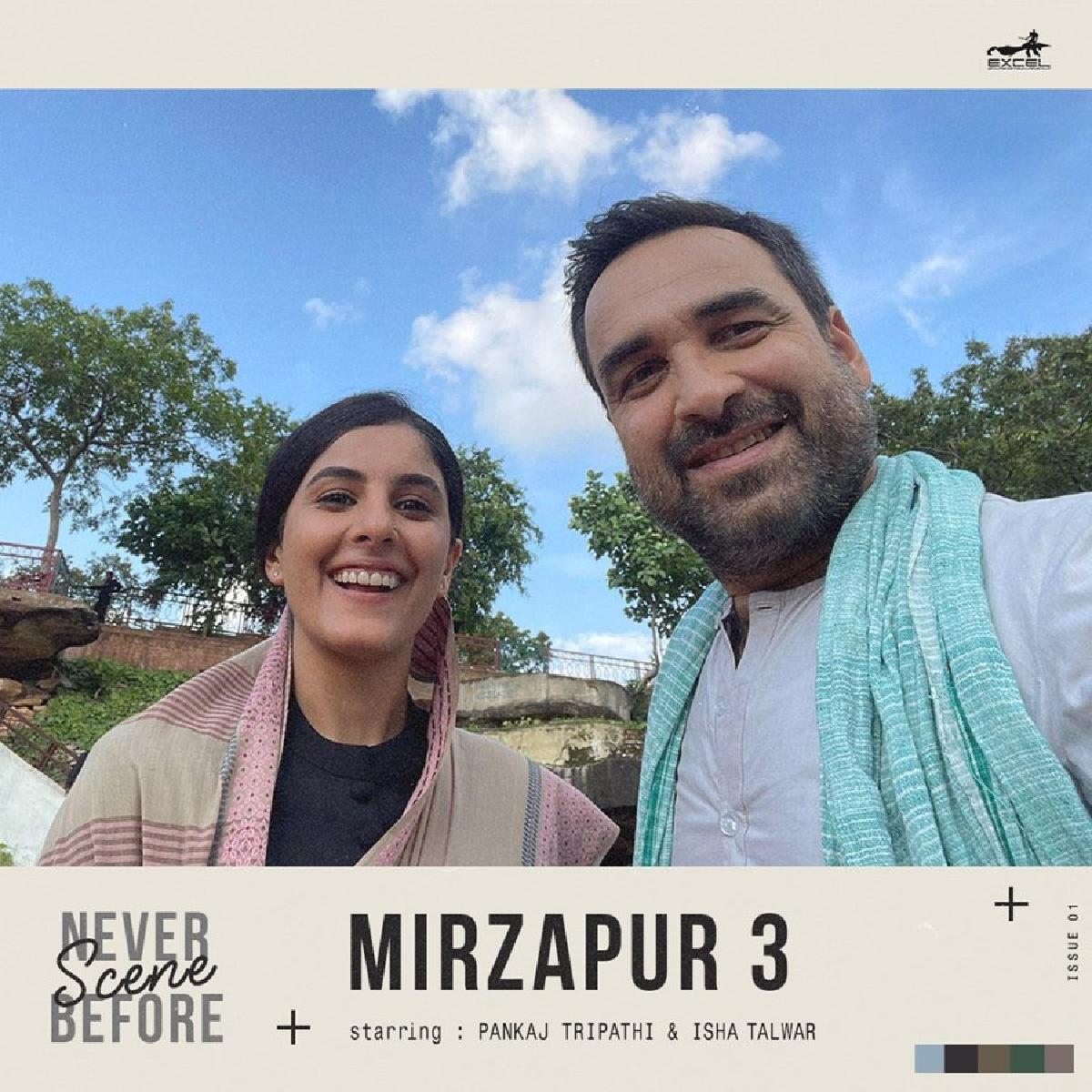 After non-payment fiasco, here is an update from Mirzapur 3 sets, the makers drops a stunning and never seen before picture of Pankaj Tripathi and Isha Talwar.

The official handle of Excel Entertainment dropped a fun post, featuring Pankaj Tripathi and Isha Talwar, who plays Kaleen Bhaiya and Madhuri Yadav Tripathi respectively in the series. The caption read, “Calling all the #Mirzapur fans to caption this photo. Write to us in the comments below. #NeverSceneBefore

The crime thriller’s first season aired in 2018 and second in 2020. The third season of the popular show was announced earlier this year by Prime Video but no release date has been announced yet.

The series focusses on the small UP town and the intertwined fates of two families. One is led by the local strongman and don Akhandanand Tripathi aka Kaleen Bhaiya (Pankaj Tripathi), while the other by Ali Fazal’s Guddu Pandit. The show also stars Rasika Dugal, Kulbushan Kharbanda, Vijay Varma, Isha Talwar, and

Lilliput. The previous seasons also saw Vikrant Massey, Shriya Pilgaonkar, and Divyenndu.It is reported that Guddu Bhaiya and Kaleen Bhaiya are set for one more face-off and this time around, both are coming out gun-blazing