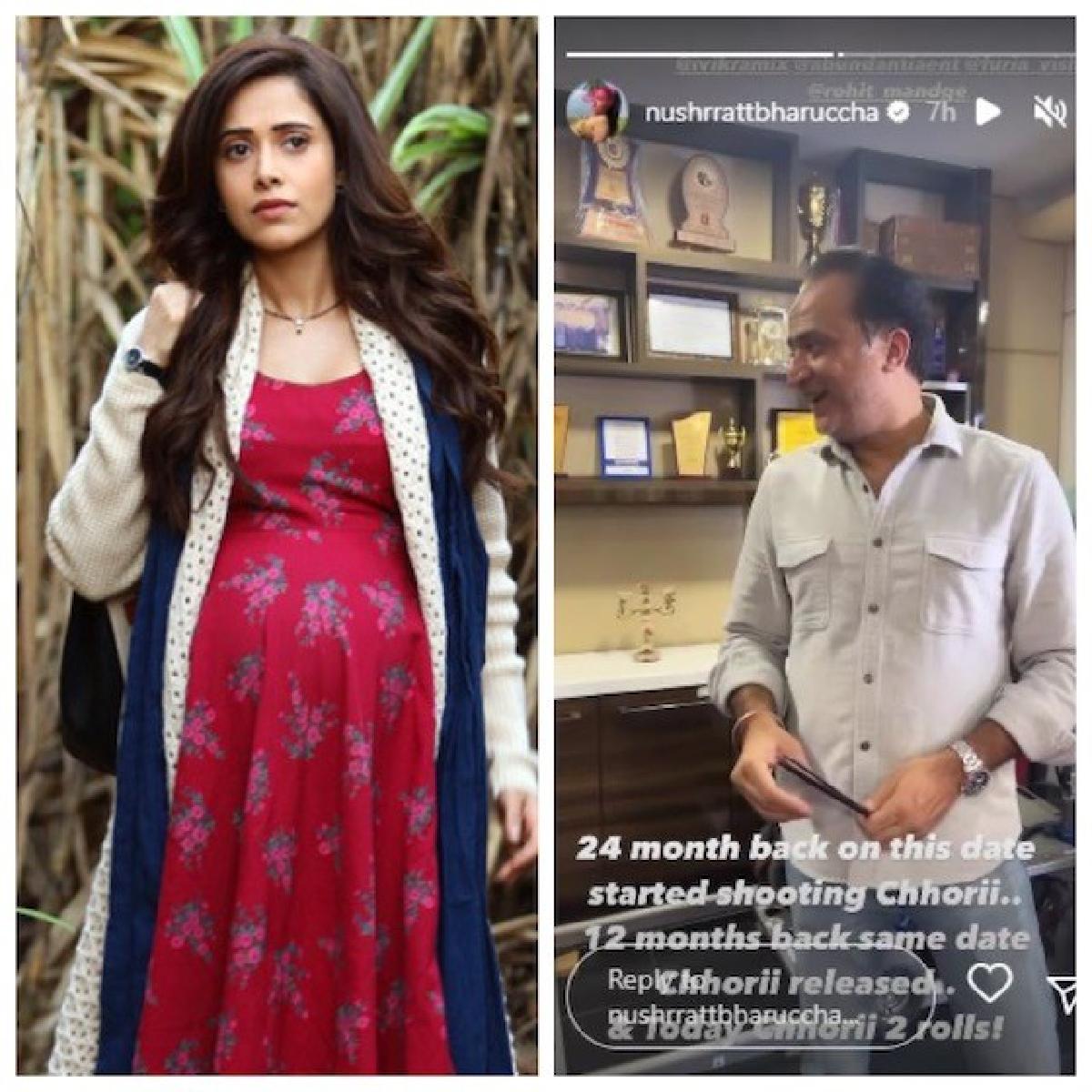 Nushrratt Bharuccha has begun the shooting of her upcoming horror film 'Chhorii 2. Sharing a video from the sets of 'Chhorii 2' and wrote, "24 months back on this date started shooting Chhorii. 12 months back same date Chhorii released & today Chhorii 2 rolls."

Helmed by Vishal Furia 'Chhorii' streamed exclusively on the OTT platform Amazon Prime Video and received positive responses from the audience. The official release date of the film is still awaited.

Just yesterday, the official handle of Abundantia Entertainment celebrated the one year of its release, it said, “Celebrating one year of brilliant direction, incredible acting and an eye-opening story!! Celebrating #1YearOfChhorii @nushrrattbharuccha @furia_vishal @psychscares”

Meanwhile on the work front, Nushrratt was last seen in the historical drama Ram Setu with Akshay Kumar and Jacqueline Fernandez, the film released during Diwali weekend but failed to impress the audience.

She will also team up with Akshay Kumar, Diana Penty and Emraan Hashmi in Johar and Mehta's 2023 comedy Selfiee.