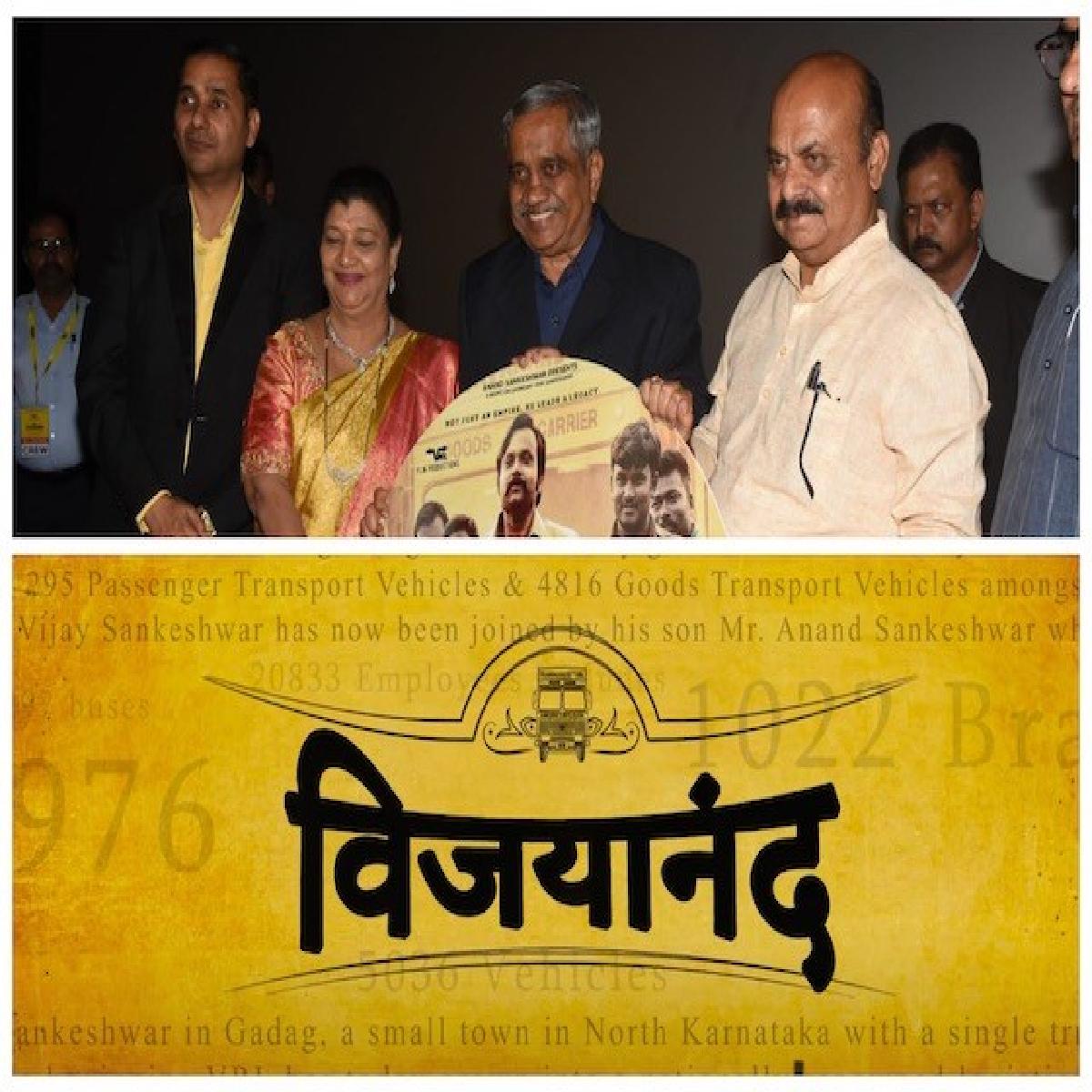 The film directed by Rishika Sharma has Nihal R playing the character of Vijay Sankeshwar on whose life the film is based.

Kannada film industry has been churning out some amazing content of different genres and Vijayanand is surely looking like another promising addition in the line of such films. Vijayanand, the Kannada film is all set to release on 9 December in 5 languages including Hindi, Tamil, Telugu and Malayalam.

Vijay Sankeshwar is known for his illustrious journey of starting from a humble beginning to becoming the owner of the largest commercial fleet in the country. The man also owns a leading newspaper and a news channel in Karnataka. The film is a first official biopic in Kannada language.

Anand Sankeshwar, the CEO of VRL Group of Companies and the man behind VRL Film Productions, on this occasion said, “Every son’s hero is his father, so is mine. My father started his journey with lot of hardships. He had a vision and he built this legacy with most ethical practices. He is truly an inspiration for all of us.”

Padma Shri Vijay Sankeshwar said, “Lot of people approached me for a biopic and a biography on me but I never thought I have achieved enough. When Rishika approached me, I told her not to make the film, but she convinced me to say yes. When I saw Nihal in the film, I got reminiscent of my younger days.”

Actor Nihal spoke about playing the living legend. “I belong to the same region as Vijay sir in north Karnataka and have grown up listening to amazing stories about him. I will always take pride in the fact that I got to play him in the film.”