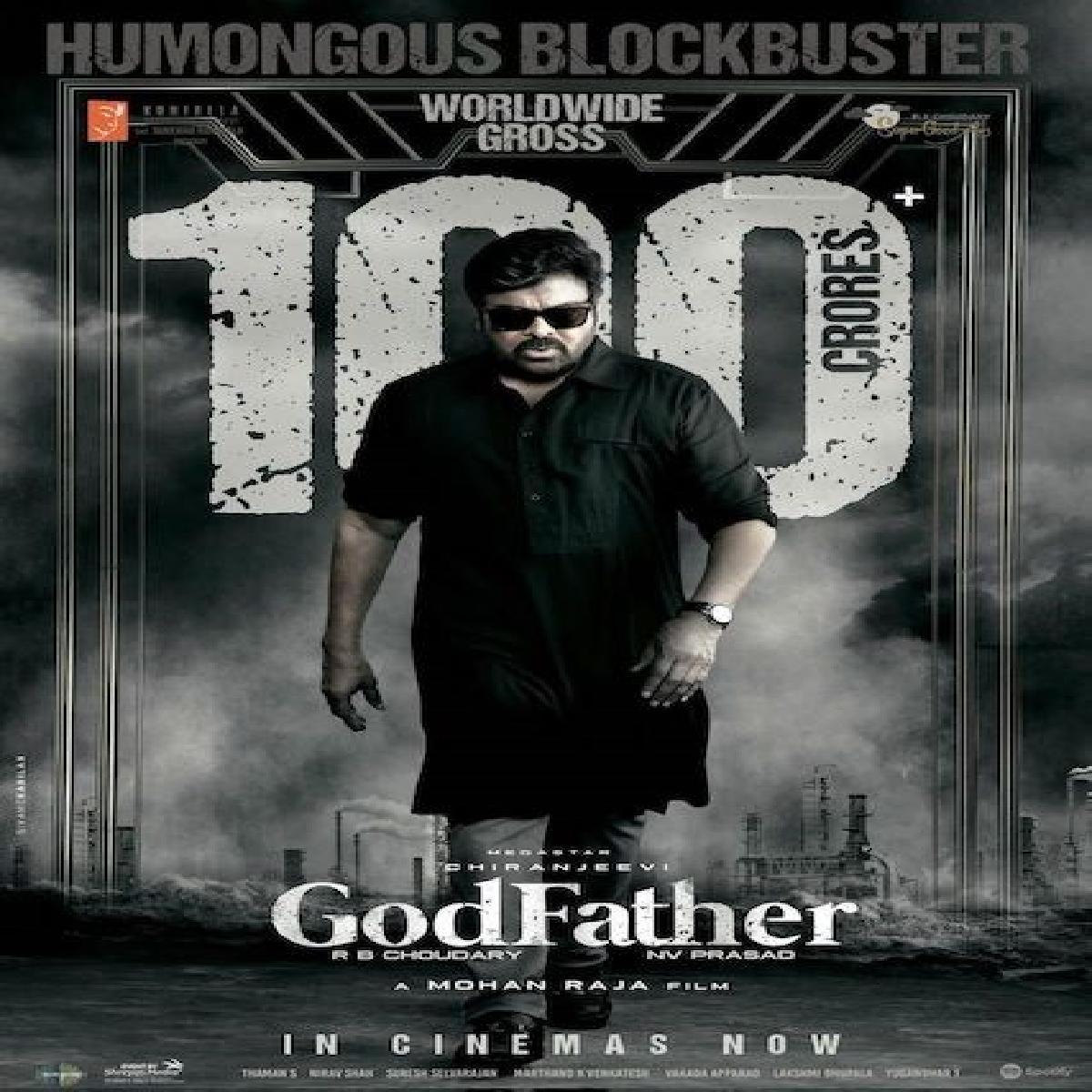 After Sye Raa Narasimha Reddy and Acharya’s mild success, Mega Star Chiranjeevi has bounced back with GodFather, the film touches the 100 crore mark!

Day 4 of the mass entertainer, Godfather has brought about celebrations among fans. The Chiranjeevi starrer has garnered 100 crores worldwide and the movie is produced by Super Good Films and Konidela Production Company starring Chiranjeevi with Salman Khan in a cameo.

The mass appeal that a star like Chiranjeevi has is surely one of the major contributing factors to the films stupendous success at the box office world-wide!

Helmed by Mohan Raja. It is a remake of the 2019 Malayalam film Lucifer. The film also stars Salman Khan, Nayanthara and Satya Dev. The film was released theatrically release on 5 October 2022. The film opened to positive reviews with most critics praising Chiranjeevi's performance.

Next, Chiranjeevi will be seen in Waltair Veerayya and Bhola Shankar, in 2023.

Bhola Shankar is helmed by Meher Ramesh. An official remake of the 2015 Tamil film Vedalam, it also stars Tamannaah and Keerthy Suresh.