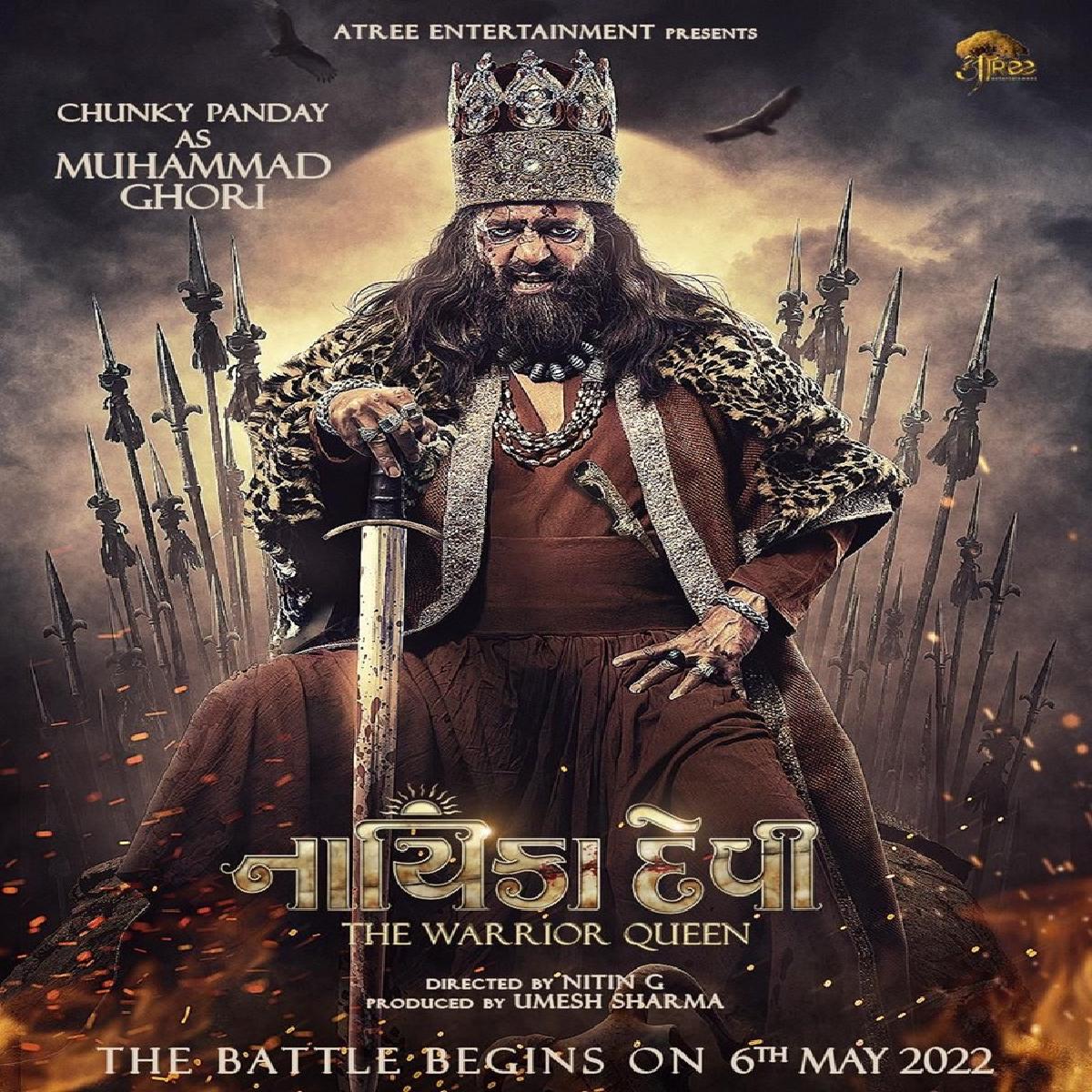 The first look poster of Chunky Panday as Muhammad Ghori from the forthcoming period drama title Nayika Devi – The Warrior Queen is out.

.It is helmed by Nitin G, produced by Umesh Sharma and presented under the label of A Tree Entertainment. The music is given by Parth Thakkar and the lyrics are penned down by Chirag Tripathi.