Congrats Suriya, I Am Humbled To Be Working In The Hindi Adaptation Of Soorarai Pottru Says Akshay Kumar 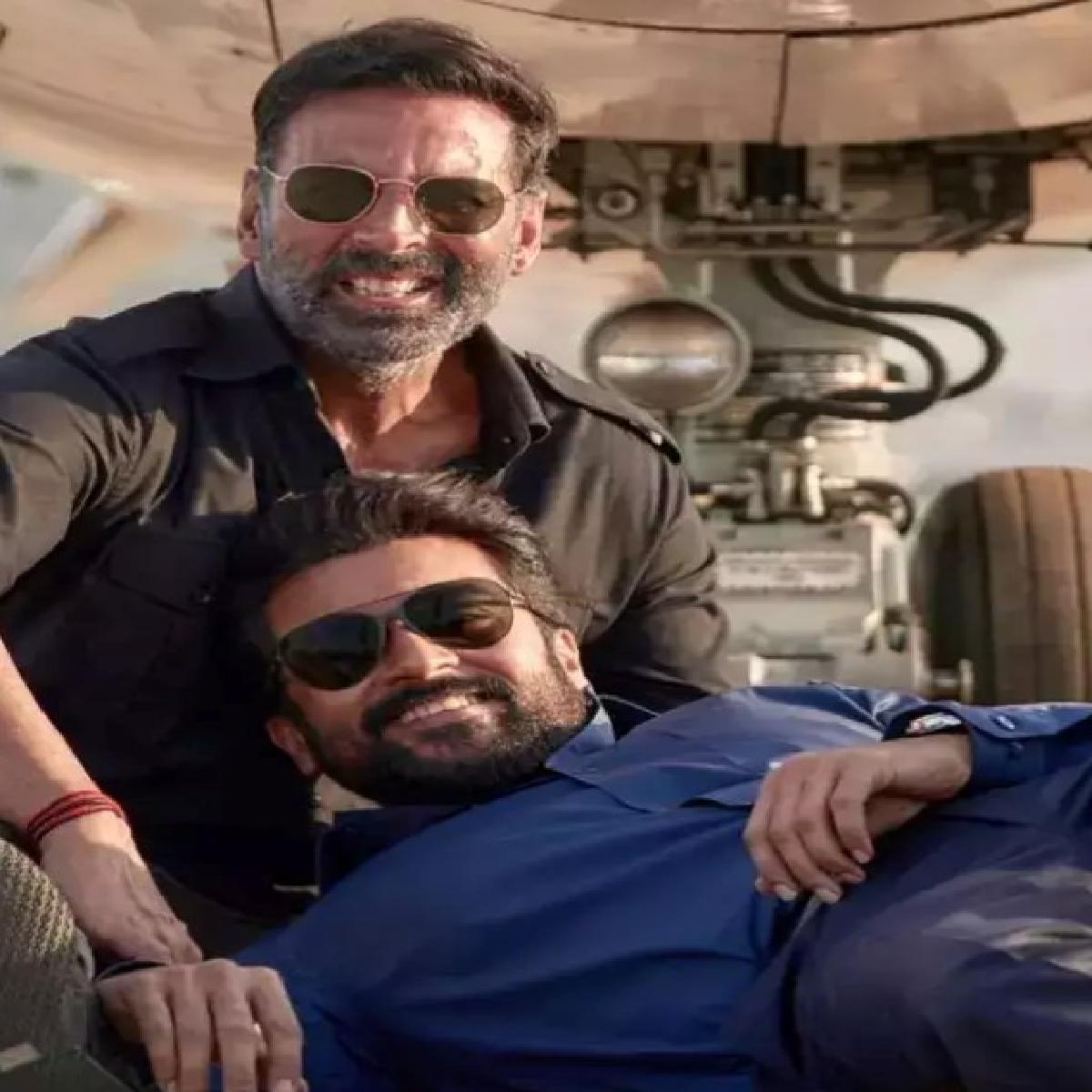 Heartfelt congratulations my brother @Suriya_offl, #AparrnaBalamurali and my director #SudhaKongara. Humbled to be working in the Hindi adaptation of such an iconic film"

Directed by Sudha Kongara, the film was based on the life of Simplify Deccan founder Captain GR Gopinath and featured Suriya along with Paresh Rawal and Aparna Balamurali in the lead roles.

National award winner actor Suriya also took to his social media and replied to Akshay Kumar who is busy shooting the Hindi version of the movie. He shared, “Thank you so much sir..can’t wait to see the magic repeat again!!”

The official Hindi remake of the film was confirmed in 2021, Bollywood actors Akshay Kumar and Radhika Madan are going to be the lead pair in the Hindi adaptation of the film, and south actor Suriya will be seen in a guest appearance role.

The leading lady of 'Soorari Pottru', actor Aparna Balamurali, received the Best Actor (Female category) National award for her performance in thefilMeanwhile on the work front, Akshay Kumar is busy promoting 'Raksha Bandhan', which is slated to release on August 11, 2022.