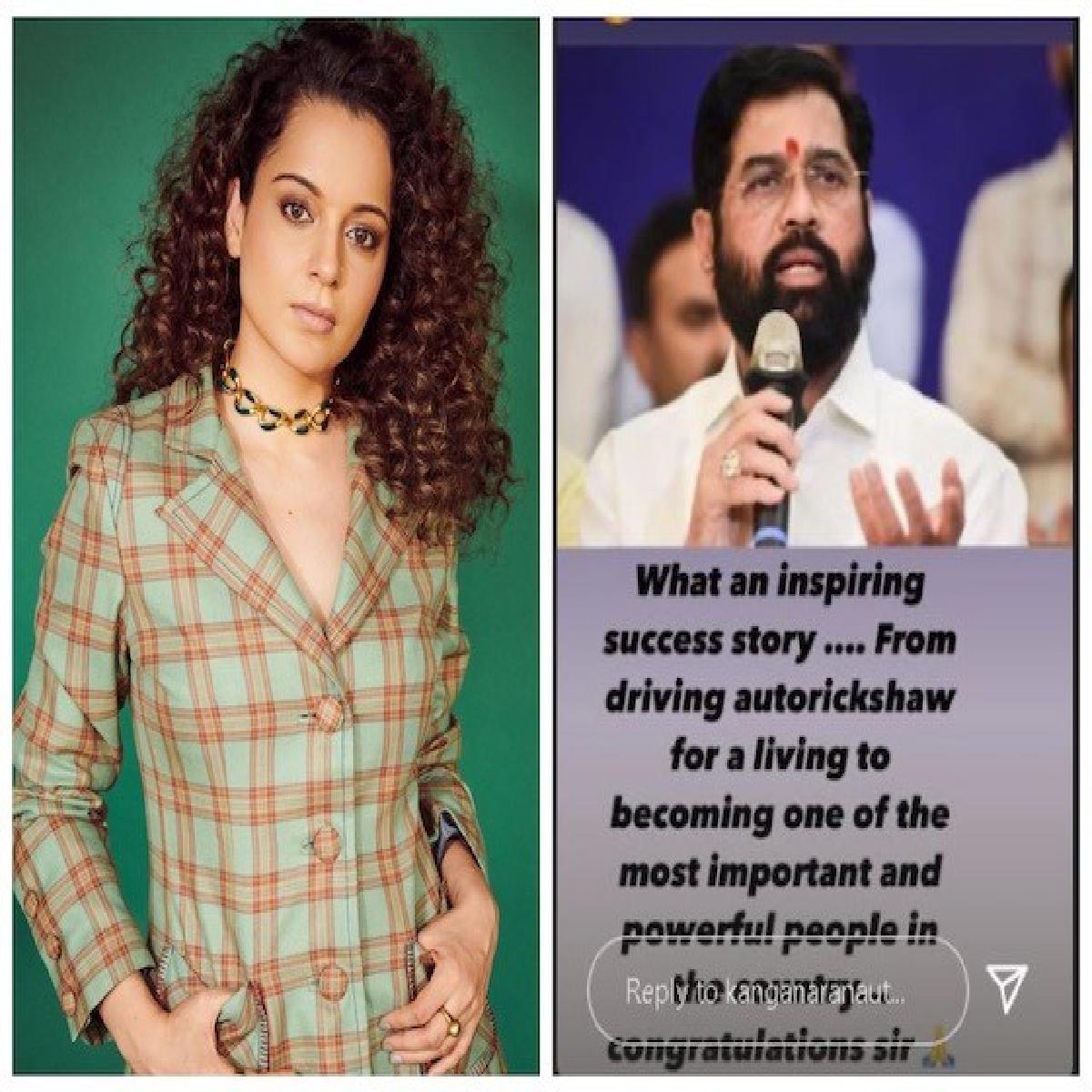 Taking to her social media, Kangana Ranaut wrote, "What an inspiring success story....From driving auto-rickshaw for a living to becoming of the most important and powerful people in the country...congratulations sir"

Kangana has been a vocal supporter of the centre-ruling Bhartiya Janata Party, and due to some MLAs supporting Eknath Shinde that triggered Maharashtra political crisis, Uddhav Thackeray resigned as the Chief Minister of the state and the BJP was declared as the new ruling party of Maharashtra and appointed Eknath Shinde as the new CM.

Meanwhile, on the work front, Kangana will be next seen in 'Tejas' in which she portrays the role of an Indian Airforce officer. The film is slated to release later this year.

Along with that, she also has 'Emergency' in which she will be portraying the role of Indira Gandhi. Apart from acting Kangana will also direct the film.