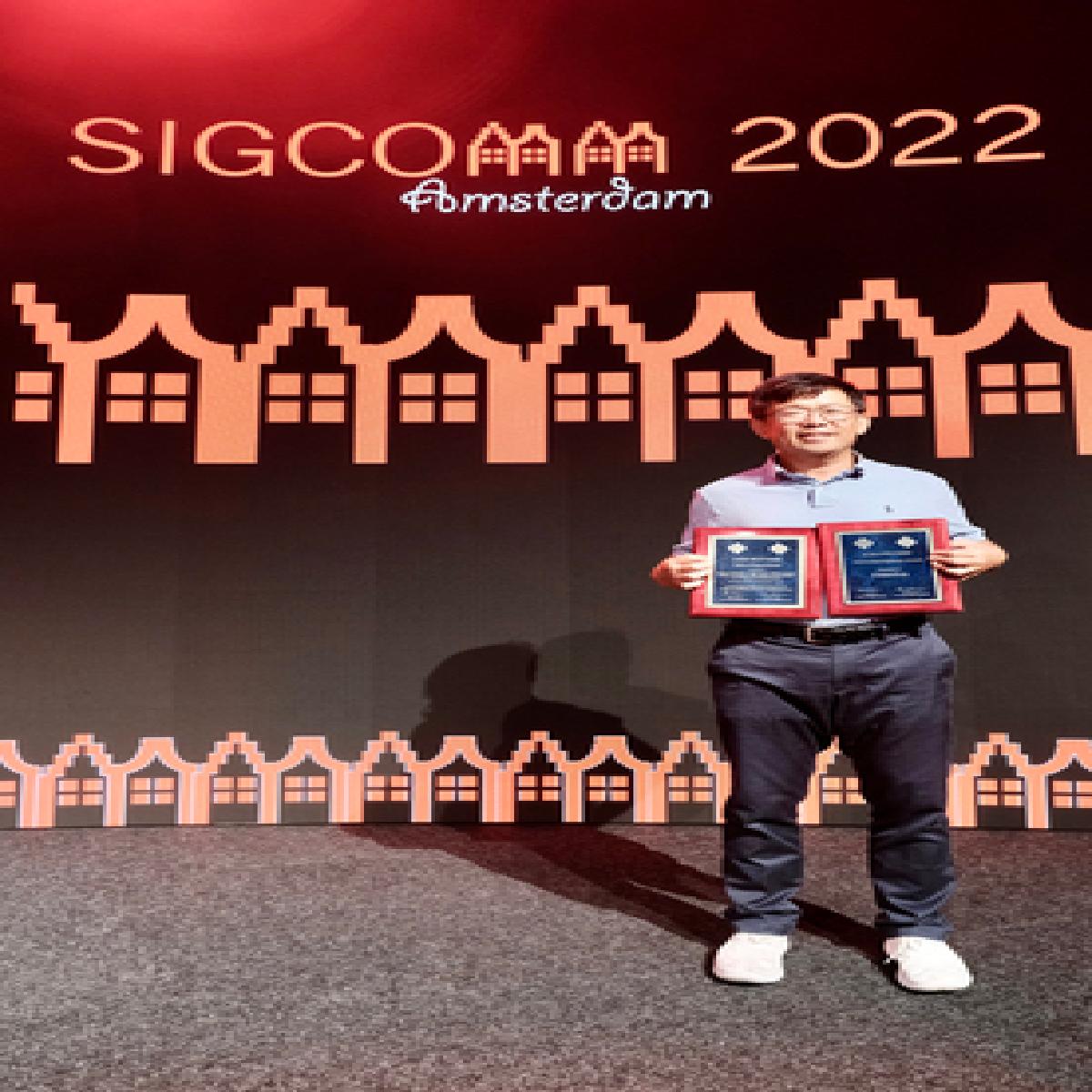 Conviva, the leading global streaming analytics platform, has been recognized by the Association for Computing Machinery’s Special Interest Group on Data Communications (ACM SIGCOMM) with two prestigious innovation awards: the ACM SIGCOMM Test of Time Award and the SIGCOMM Networking Systems Award. Both awards honor the vision and impact of Conviva’s commitment to data and analytics technology innovation that began with the founding team of Hui Zhang, Aditya Ganjam, Jibin Zhan (Conviva) and Ion Stoica (Conviva, Databricks) defining standards that pushed the industry forward. This team’s work has continued to be foundational to enabling and continuously improving the quality and overall end-user experience that is industry standard in streaming media today. This same core technology has also proven applicable to virtually any industry where technology and business leaders have a business imperative to make the vast amount of their data available to their organizations in real time, and actionable across every aspect of their operations.

The 2022 ACM SIGCOMM Test of Time Award honors Conviva’s founders for their 2011 paper detailing the direct connection between video quality and user engagement. The annual award recognizes papers published 10 to 12 years in the past that are deemed to offer data, perspective and predictions that still have significance today.

“What we didn’t predict was who would be the winners and losers of the streaming wars,” said Hui Zhang, Conviva Cofounder, Chief Scientist and Chairman of the Board. “What we did know ten years ago, and still holds true today, is that measuring quality and engagement in streaming is core to market growth and who comes out on top. Having this real-time information at their fingertips is mission-critical for publishers and brands to inform any actions to optimize their services and maximize their investment.”

The breakthrough technology that underscored the Test of Time award was documented in a paper, “Understanding the Impact of Video Quality on User Engagement” that was first presented at the 2011 ACM SIGCOMM conference. Its authors were Conviva founders Hui Zhang, Ion Stoica, Aditya Ganjam and Jibin Zhan, along with teammates Florin Dobrian, Asad Awan, Dilip Joseph and Vyas Sekar, an academic collaborator and now Professor of Carnegie Mellon University. The paper pioneered large-scale video measurements and documented an in-depth study conducted on how video quality affects user engagement, which has had a lasting impact on the optimization of streaming media.

The State of Streaming

While video streaming quality has significantly improved in the past 10 years, consumer expectations have also risen to new heights. Nothing short of high resolution and smooth playback all-the-time is acceptable. Detection and identifying root-cause of any barriers to an excellent experience is more challenging than ever due to the complexity of today’s streaming technology ecosystem. Diverse mobile-connected TV devices and associated video/app tech stacks, sophisticated cloud-based media preparation, content distribution, and advertising tech stacks all can contribute to more microscopic and subtle failure modes. More than a trillion-dollar market (ranging from media, entertainment, sports, education and fitness industries) is built on top of streaming, making it table stakes to ensure every media consumer has the best experience.

Each quarter, Conviva conducts an in-depth global review of streaming quality and adoption in a report entitled The State of Streaming.

A separate SIGCOMM award committee also selected Conviva as the recipient of the 2022 SIGCOMM Networking Systems Award, recognizing the development of a networking system that has had a significant impact on the world of communications and computer networks. According to the committee, Conviva was recognized for “the sustained impact that Conviva has had, from the earliest days of translating published research to a successful real-world system, making a significant impact on real-world streaming systems and CDNs and then continuing to give back to the research community via data sharing and publications.”

“While I am very proud that Conviva has been recognized for its impact on the industry, our contribution to the research community is also very meaningful,” added Zhang. “I am thankful to all of our academic collaborators and talented undergrad and graduate interns from top research programs at CMU, Berkeley, Chicago, Purdue, and USC.”

The Association for Computing Machinery (ACM) is the world’s largest educational and scientific computing society, and SIGCOMM is ACM’s professional forum for the discussion of topics in the field of communications and computer networks, including technical design and engineering, regulation and operations, and the social implications of computer networking. The SIG's members are particularly interested in the systems engineering and architectural questions of communication.