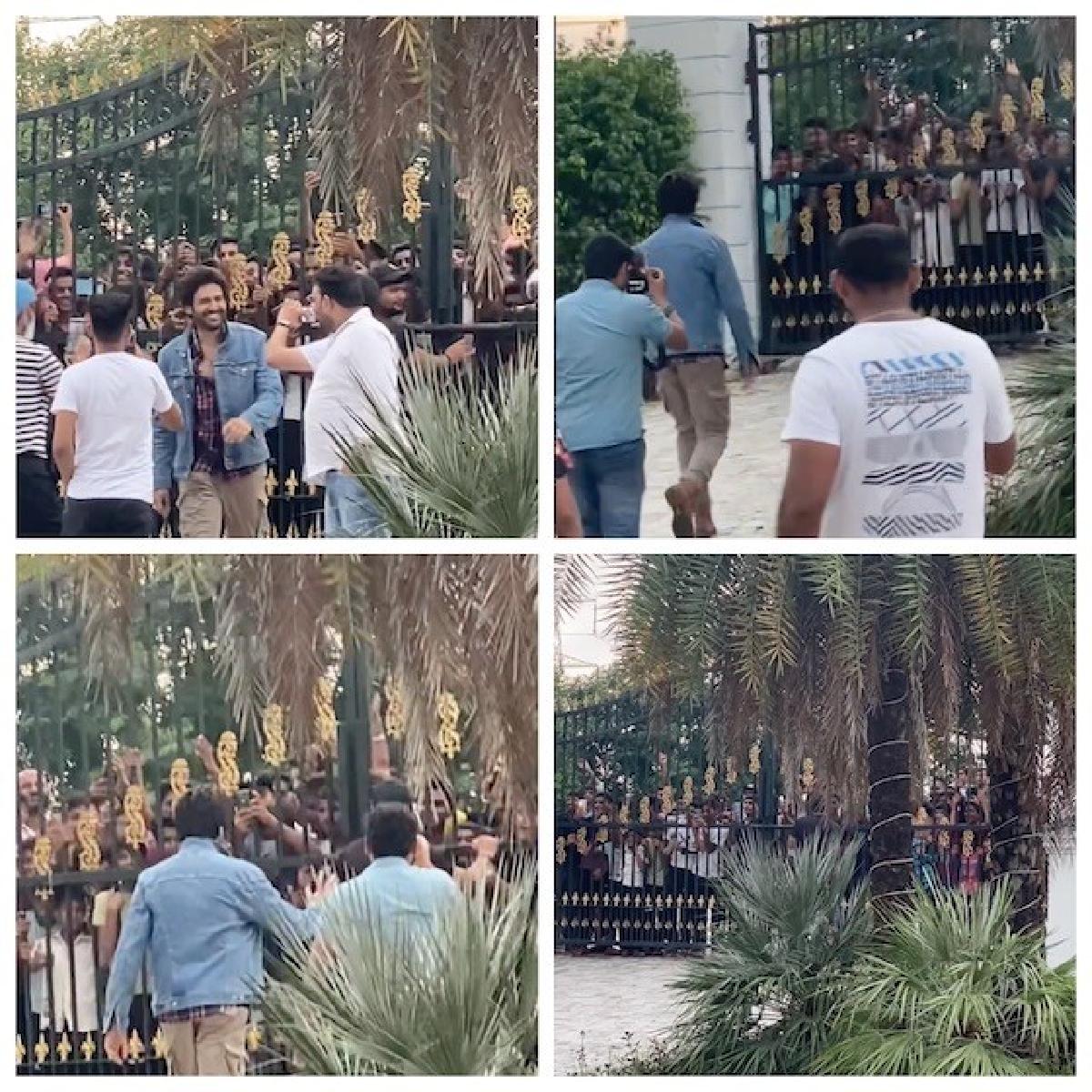 After the mega success of Bhool Bhulaiyaa 2, Kartik Aaryan has undoubtedly become one of the most bankable stars in Bollywood. The actor was shooting for his next, Shehzada in Harayana and now he drops a video of his fans going wild as his wraps another schedule of the film.

Kartik will be next seen in Shehzada and the actor has finished the last schedule of the film in Haryana. Taking to Instagram, Kartik shared a video featuring the people of Haryana cheering for him as he walks towards them and shakes a couple of hands. He captioned the video, “Thank u Haryana for giving so much love to #Shehzada #EndOfSchedule.”

Helemed by Rohit Dhawan, Shehzada is the Hindi remake of the Telugu hit Ala Vaikunthapurramuloo. The original film was produced by Bhushan Kumar, Krishan Kumar, Allu Arvind, S Radha Krishna, and Aman Gill.

Meanwhile on the work front, Kartik Aaryan also has Shanshanka Ghosh's romantic thriller Freddy with Alaya F. The actor will also be seen in Satyanarayan Ki Katha and has a untitled film with Sajid Nadiadwala and Kabir Khan. He also has Hansal Mehta's Captain India.