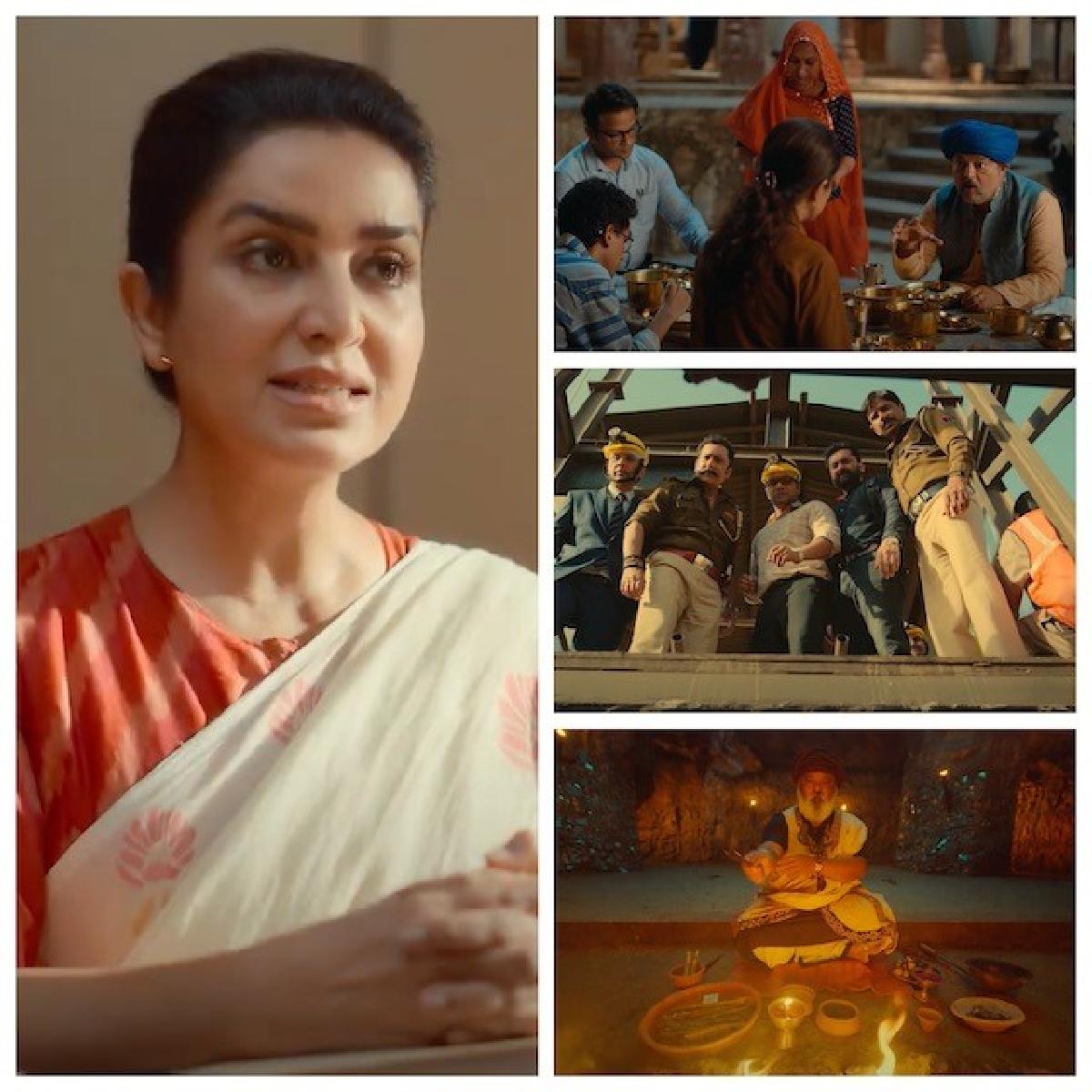 The first official trailer for Dahan is out, starring Tisca Chopra, Rajesh Tailang, and Saurabh Shukla in the lead roles. Helmed by Vikranth Pawar, the nine-episode series will open the gates to a horror future with a mining expedition kickstarting in the village.

Dahan trailer is an experience of mythical and supernatural elements coming together and creating chaos and fear. The nine-episode series has been shot in Rajasthan and will spell out the tale of cursed caves, hidden treasures, and generational secrets.

The trailer opens with a bloodied event as someone tries to get into the depths of a cave. Cut to the present where an IAS officer (Tisca Chopra) is assigned the job of starting a mining job that leads her to the same ‘cursed mine’.

Even with villagers and godmen warning her of the outcome, she goes ahead, opening the pandora box of horrifying events around her. As she battles age-old superstition, the mystery killings and disappearances add to her woes.

Written by Nisarg Mehta, Shiva Bajpai and Nikhil Nair and bankrolled by Banijay Asia, Deepak Dhar, and Rishi Negi. The series starts streaming from 16thSeptember only on Disney+ Hotstar.