Darlings Trailer Out On Monday 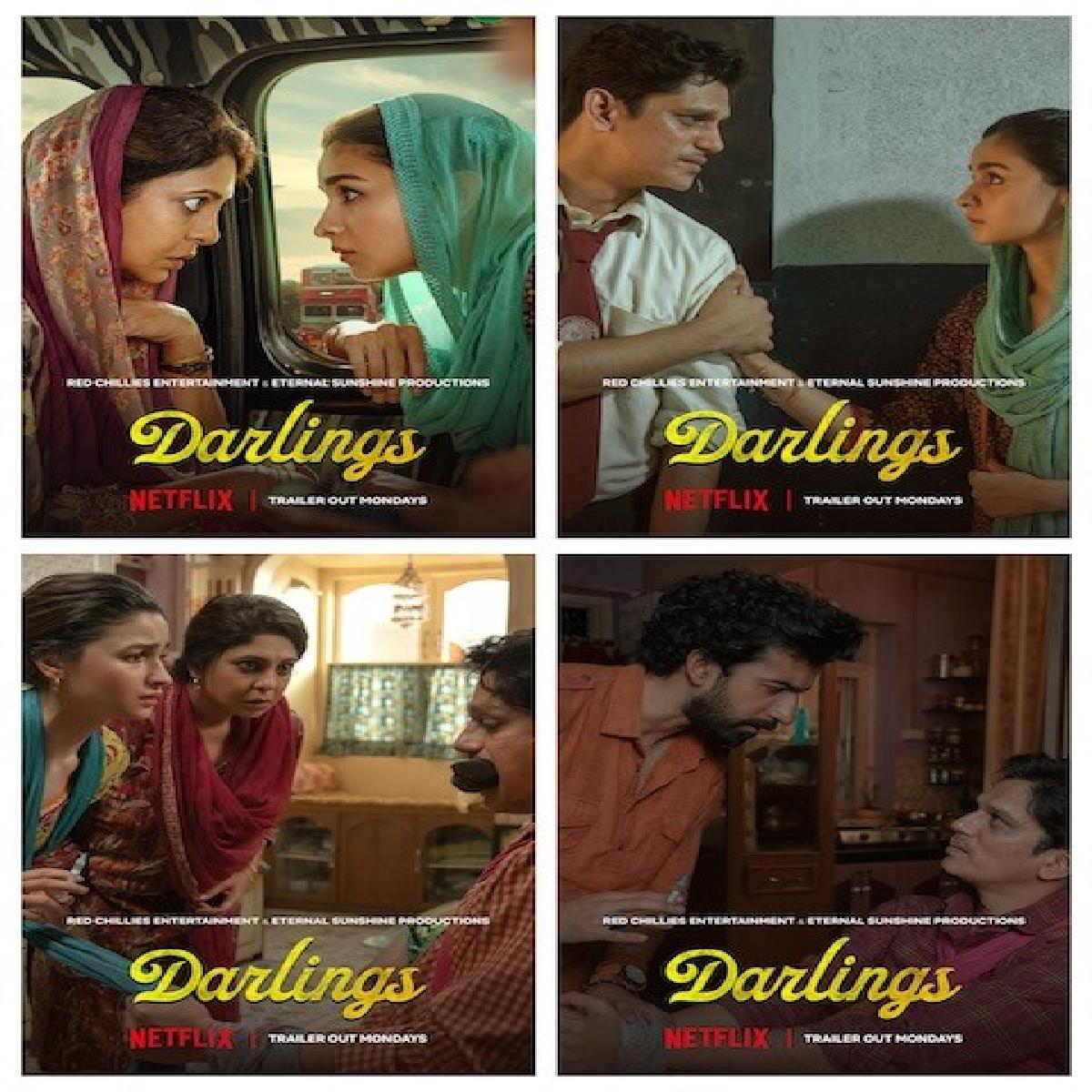 Debut production of Alia Bhatt’s home banner Eternal Sunshine Productions, titled Darlings, the trailer for the same will be out on Monday.
After an early teaser, the Netflix India drops a series of posters on social media, the caption read, “Inn photos pe mat jao darlings. Monday ko trailer

The dark comedy is set against the backdrop of a conservative lower middle-class neighbourhood in Mumbai, the story explores the lives of a quirky mother-daughter duo, who while navigating through exceptional circumstances, finds courage and love as they try to find their place in the world.

The film is written and directed by Jasmeet K Reen, marking her directorial debut, from a screenplay by Parveez Sheikh, the film stars Bhatt, Shefali Shah, Vijay Varma and Roshan Mathew in the lead roles.

The film is bankrolled by Red Chillies Entertainment and Eternal Sunshine Productions. It is scheduled to release on Netflix, on 5 August 2022.

Apart from Darlings, Bhatt will next star opposite Ranbir Kapoor in Ayan Mukerji's fantasy film Brahmāstra, the first part in a planned trilogy, which took five years to film. She will reunite with Johar in his next directorial, the romantic comedy Rocky Aur Rani Ki Prem Kahani, co-starring Ranveer Singh.

Bhatt will appear alongside Gal Gadot and Jamie Dornan in the Netflix spy film Heart of Stone, and alongside Priyanka Chopra and Katrina Kaif in Farhan Akhtar's buddy film Jee Le Zaraa