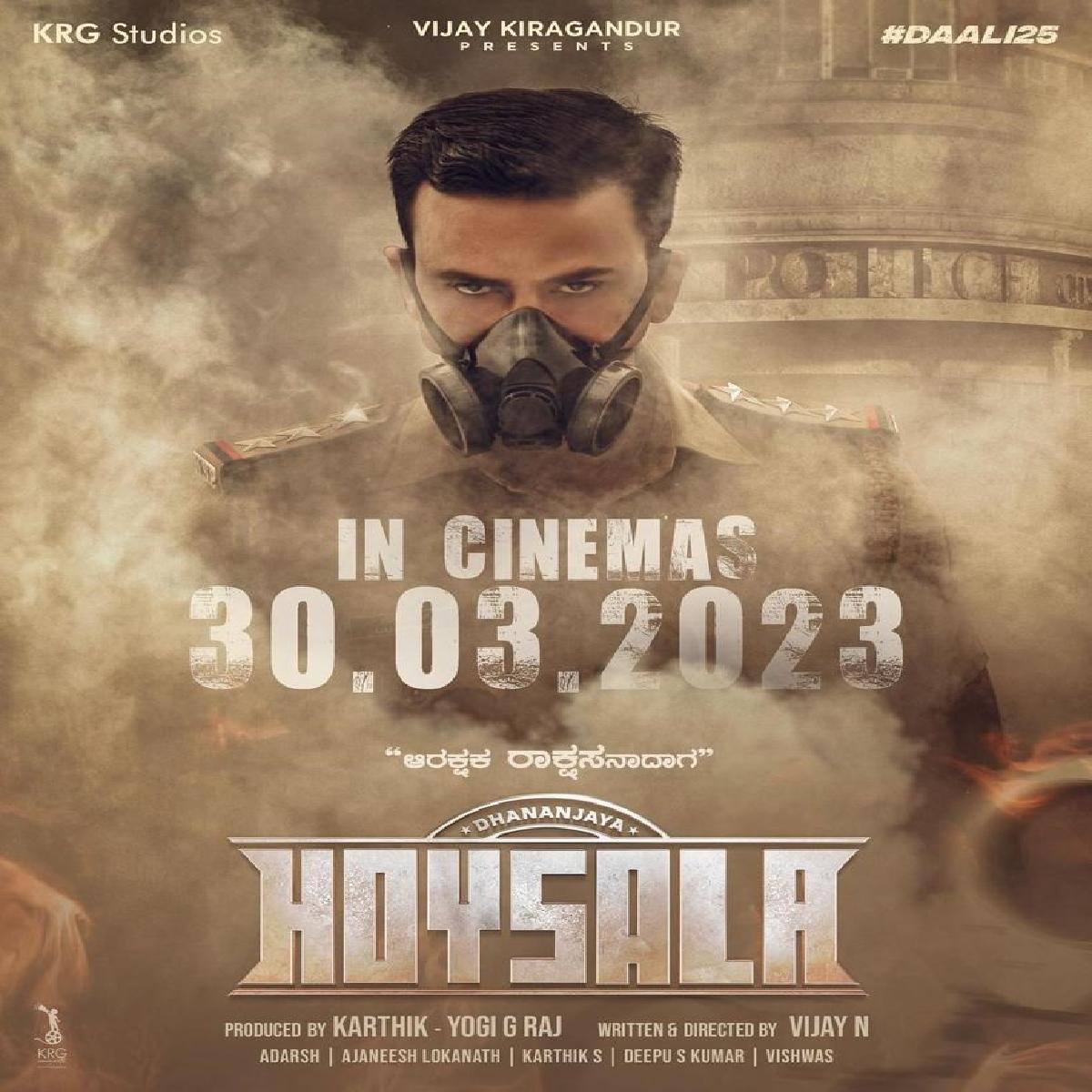 The makers of Hoysala drops the first look poster and release date starring Dhananjay in the lead role. This is a milestone film for the actor as it marks his 25th project in the Kannada film industry.

Dhananjay will portray the role of a cop in this thriller. Helmed by Vijay N the cop-thriller is based in Belagavi. The film takes references from real-life cop-based incidents and addresses the flaws in the police system.

The music for the film presented by Vijay Kirangandur will be composed by S Thaman. This project also marks Dhananjay’s second collaboration with KRG Studios.

Jointly produced by Karthik Gowda and Yogi G Raj. The makers of Hoysala have targeted 30th March 2023 as the release date.

Meanwhile, Dhananjay’s  line-up of films include Paayum Oli Nee Yenakku, Thothapuri, Head Bush, Monsoon Raaga, Once Upon A Time in Jamaligudda and Pushpa 2: The Rule Not as Jolly Reddy.