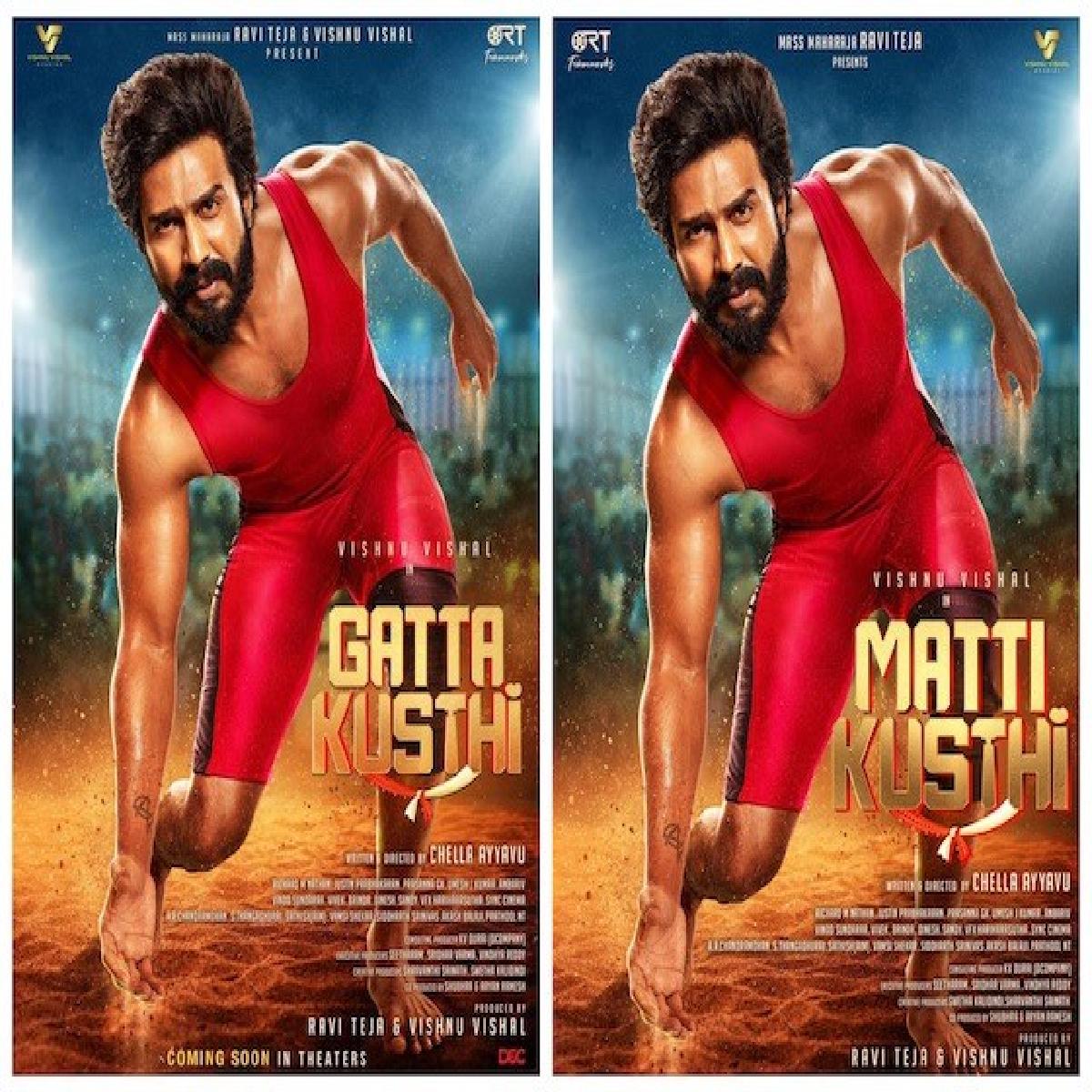 The film is titled as Maati Khushti in Telugu and Gatta Kushti in Tamil. Actor Ravi Teja is producing the film under his home-banner RT Team works and the film also stars Aishwarya Lekshmi in the lead role.

Sharing the Tamil poster on social media, Dhanush wrote, “Here is the first look of #GattaKusthi. Always a pleasure to see @TheVishnuVishal
in sports films. Wish you another grand success with this film Vishnu”

Mass Maharaja Ravi Teja took to his social media profile and shared the Telugu poster, he captioned it, “Here's Presenting the #MattiKusthi First Look! Best wishes to my dear @TheVishnuVishal & Our super talented team, Looking forward to bringing this to all of you soon, #AishwaryaLekshmi @ChellaAyyavu @RTTeamWorks @VVStudioz @itswetha14 @srinu10477 @vindhyareddi @sridharthestar”

Matti Kusthi is a grand and colourful sports family entertainer, the poster showcases Vishnu as a star wrestler who is gearing up for a big fight in the ring. The actor is seen in a wrestling dress in the picture and flaunting toned abs.

Set in the rural backdrop, the movie is written and directed by Chella Ayyavu. Justin Prabhakaran is the music director for this movie, which completed its shoot. The makers are planning to release the movie in December 2022.