Dhanush In And As Sir, First Look Out 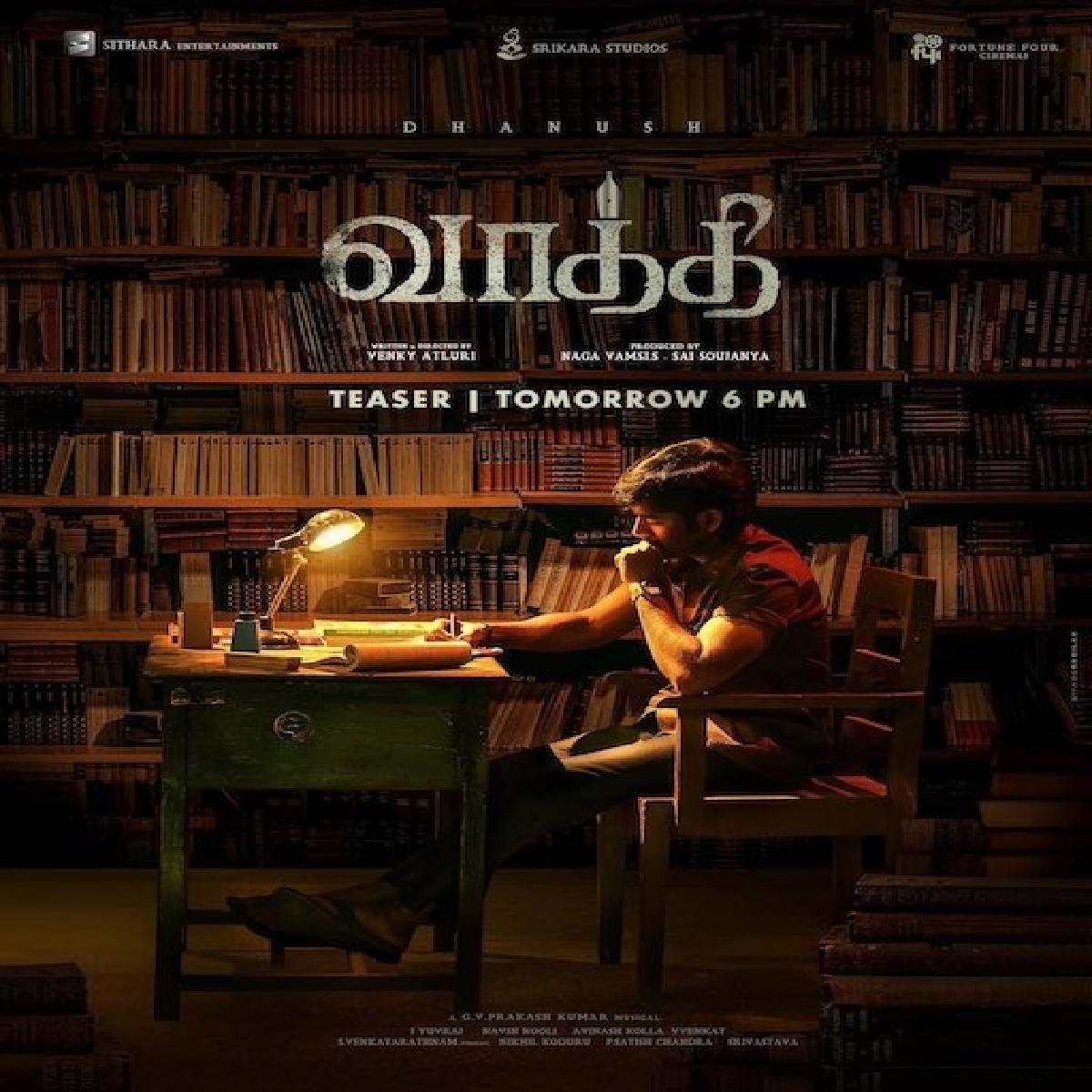 The makers of bilingual drama Vaathi or Sir, starring Dhanush and Samyuktha Menon in the lead, unveils the first look poster for the film and confirms that the teaser will be out tomorrow.

Helmed by Venky Atluri and bankrolled by S. Naga Vamsi and Sai Soujanya are bankrolling the prestigious project, the shooting of which began in Hyderabad. The official handle of Sithara Entertainments shared the firs look poster, it said, “Welcome the versatile @dhanushkraja in & as

Cinematography is handled by Yuvaraj, editing for the film is being handled by National Award winning editor Navin Nooli, and music is by music director G.V. Prakash Kumar.

Dhanush as last seen in The Gray Man, helmed by Russo Brothers, starring Ryan Gosling and Chris Evans. The film released on Netflix and selected theatres. Dhanush is also shooting for Thiruchitrambalam, and Naane Varuven.