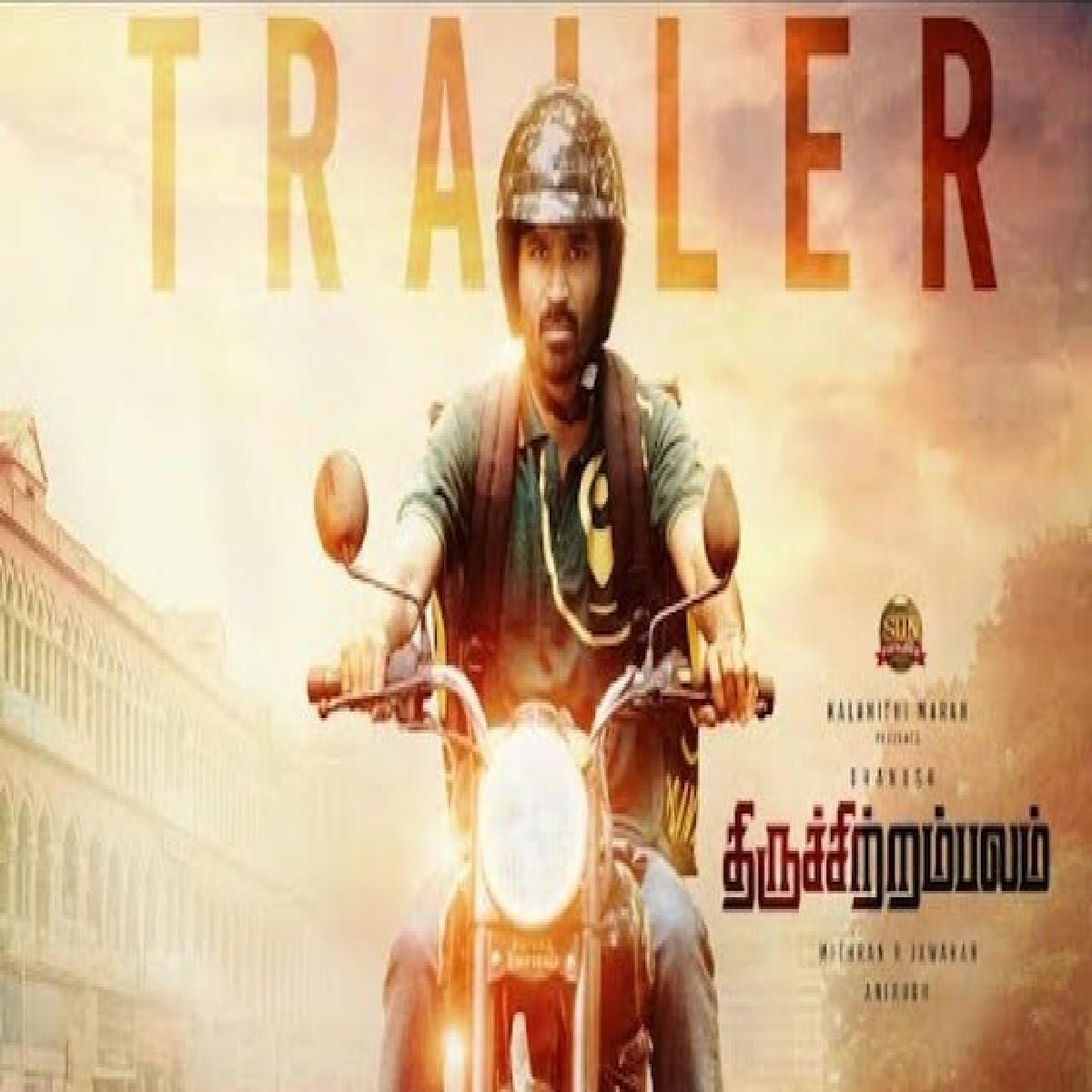 Sharing the trailer on their social media profile, Sun Pictures wrote, “A glimpse into Pazham's life. #Thiruchitrambalamtrailer out now @dhanushkraja

Helmed by Mithran Jawahar, the musical family drama stars Dhanush as Thiruchitrambalam and he is working class kid, He works through the week

and on weekends watches television. His father (Prakash Raj) is not happy with his choice of work. Due to the tussle between his father, Thiruchitrambalam finds peace in his grandfather and his best friend, played by Nithya Menon.

However, his life takes a turn when he meets a girl who sweeps him off his feet. With the help of his best friend, he tries to win her over.
Thiruchitrambalam marks Dhanush’s fourth collaboration with director Mithran Jawahar. The film is slated to release on August 18.