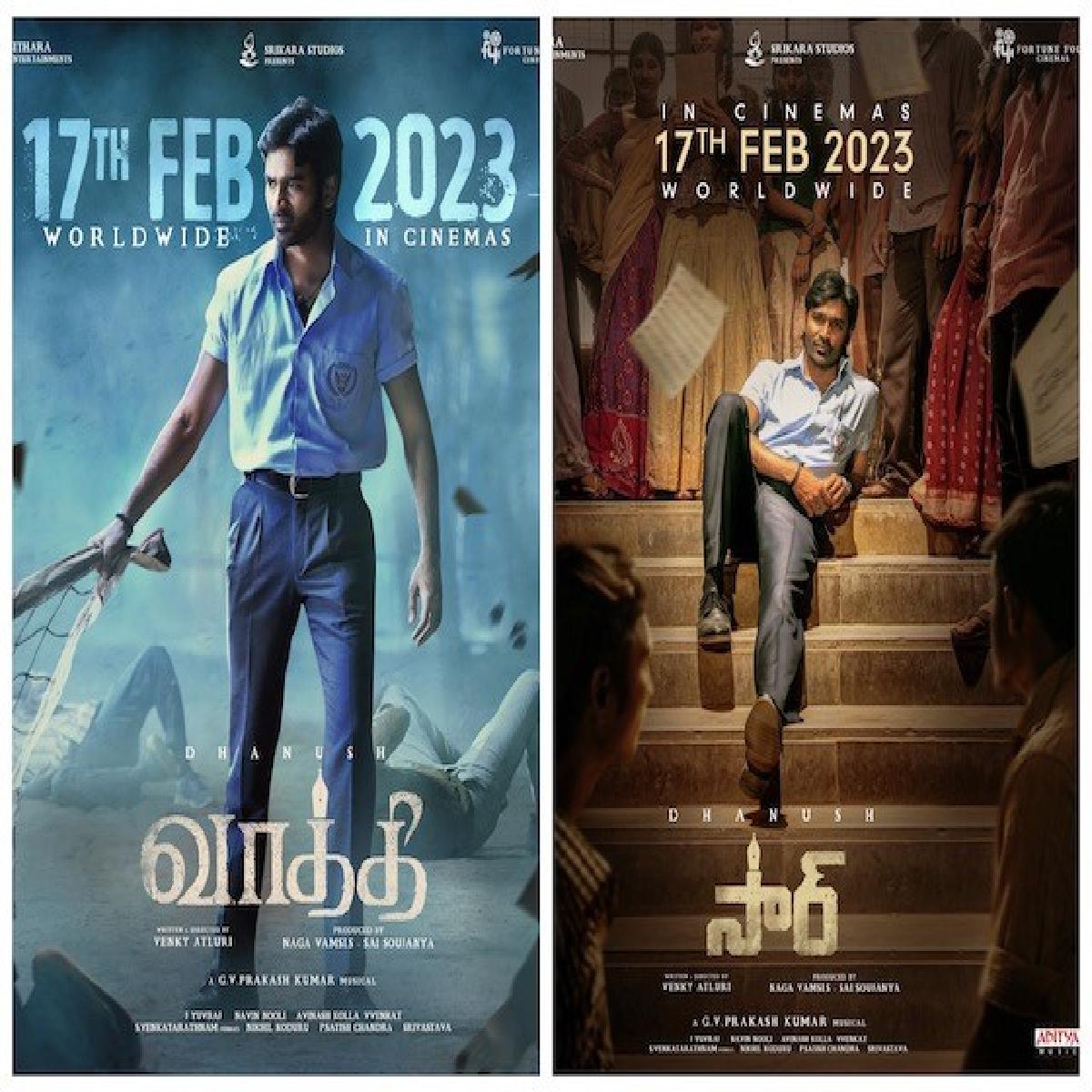 Vaathi is a period coming-of-age action drama film written and directed by Venky Atluri. It is shot simultaneously in Tamil and Telugu languages, the latter titled as Sir.

The film is produced by Sithara Entertainments and Fortune Four Cinemas, the film stars Dhanush and Samyuktha Menon along with P Sai Kumar, Tanikella Barani, Samuthirakani and Aadukalam Naren in pivotal roles.

The film’s music is composed GV Prakash. It is slated for 17th Feb 2023 release.