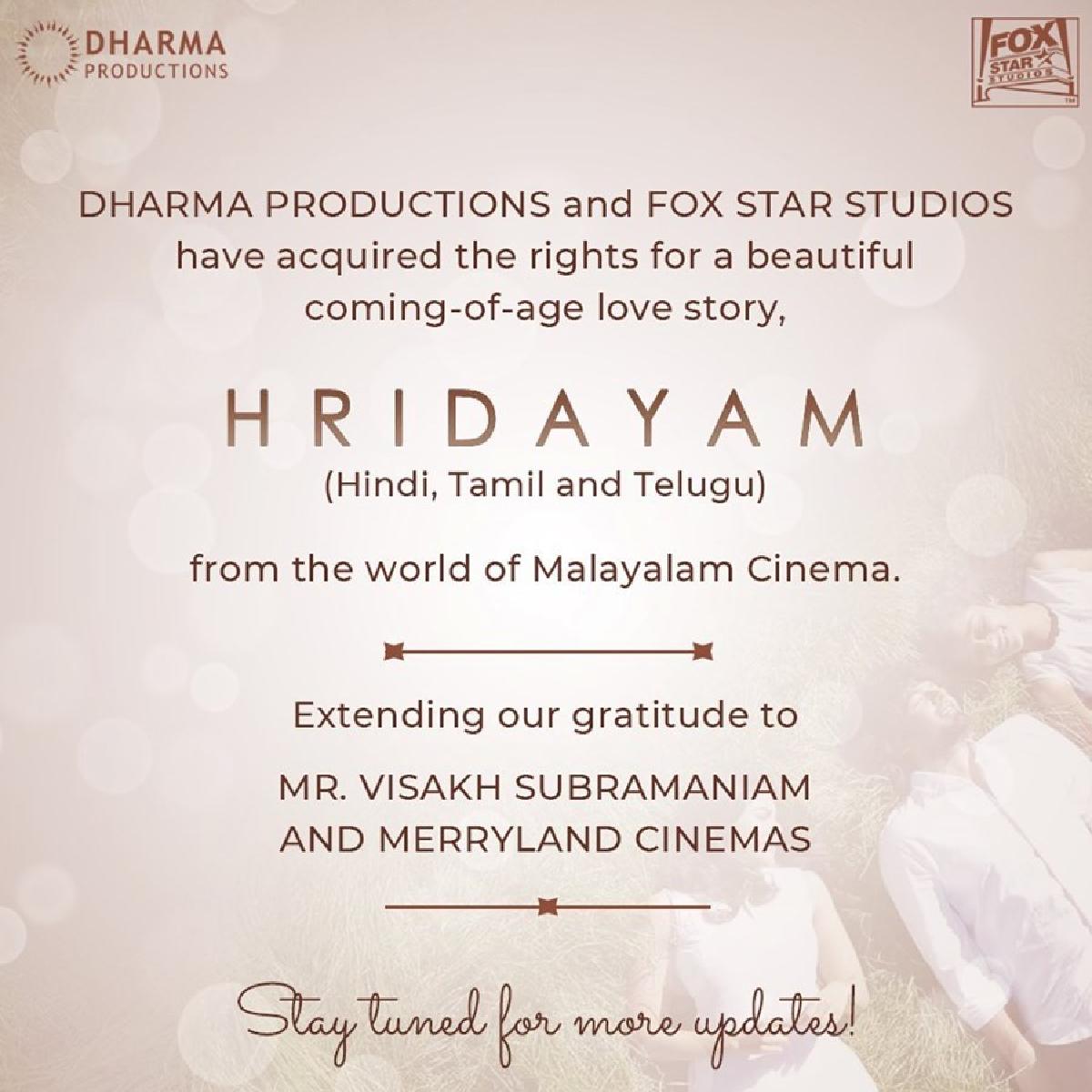 Dharma Productions and Fox Star Studios have acquired the remake rights of hit Malayalam film Hridayam, and it will be made in Hindi, Tamil, and Telugu.

Hridayam is a coming of age love story centered around the life of Arun Neelakandan essayed by Pranav Mohanlal and traces his life from his college days to adulthood.

The film was released in theatres in mid-January at the peak of the third wave of the pandemic, despite staggering odds the film was a massive hit and managed to get people to the theatres.