Dhokha Round D Corner Teaser Is Out 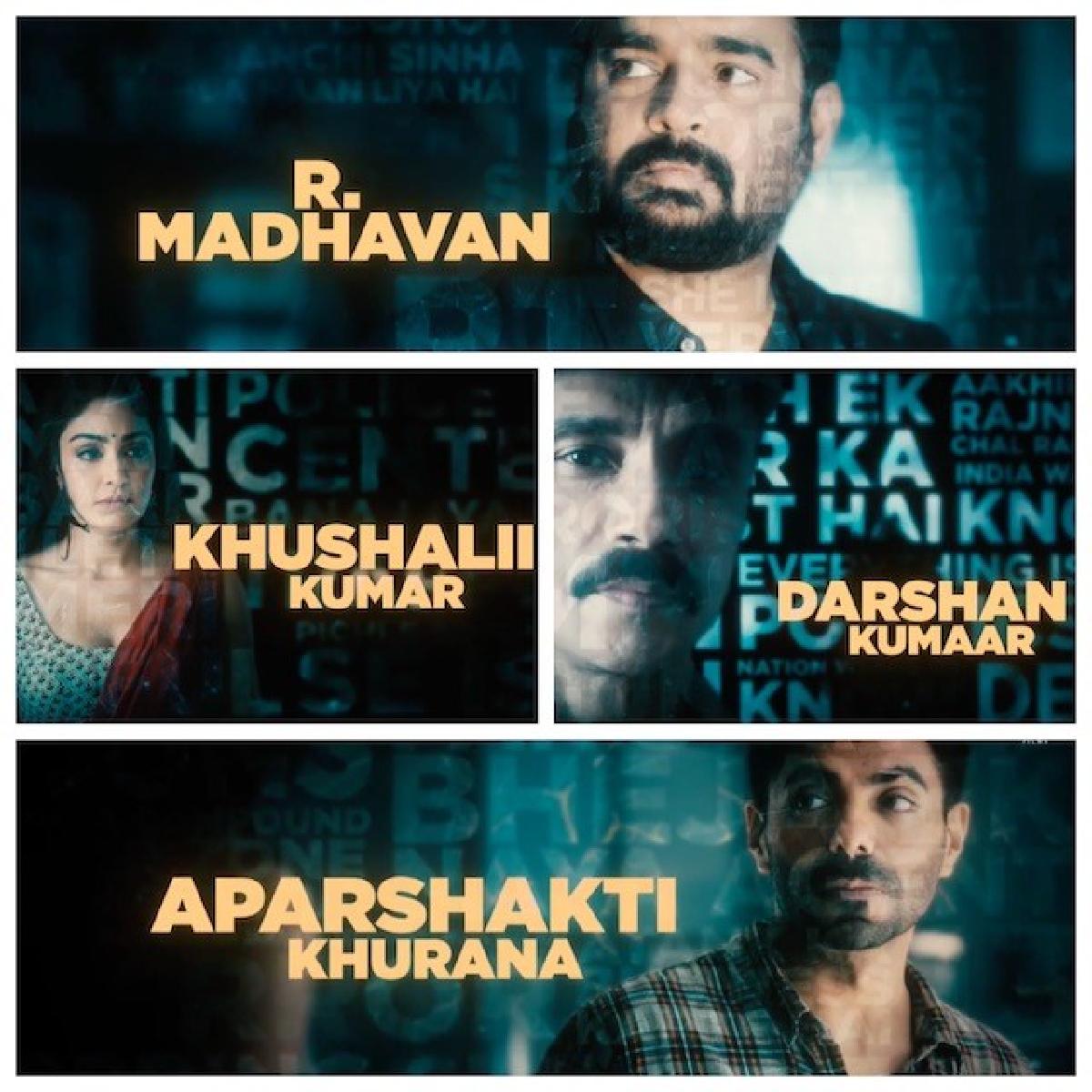 Finally the makers of Dhokha Round D Corner, starring R Madhavan, Aparshakti Khurana and debutante Khushalii Kumar along with Darshan Kumar, announces the release date of the movie and first official teaser.

Bankrolled by T-Series Films along with Dharmendra Sharma and Vikrant Sharma, the film is helmed Kookie Gulati, it is slated for 23rd September 2022 release.

The official handle of T-Series Films shared the confirmation on the movie release date and teaser. It said, “Yahaan har qadam par dhokha hai. IN CINEMAS THIS 23rd SEPTEMBER GET READY TO BE DECEIVED. #DhokhaRoundDCorner @actormaddy @khushalikumar

character. "One day can change your life and Dhokha will compel the audience to ponder over what is true and what is false," the synopsis of the film read.Meanwhile on the work front, R Madhavan is currently enjoying the success of Rocketry, a biopic based on Nambi Narayanan.

Bhushan Kumatr’s sister Khushalii Kumar, a popular name in music video space is making her acting debut with the film. The film will hit the cinema halls on 23rdSeptember