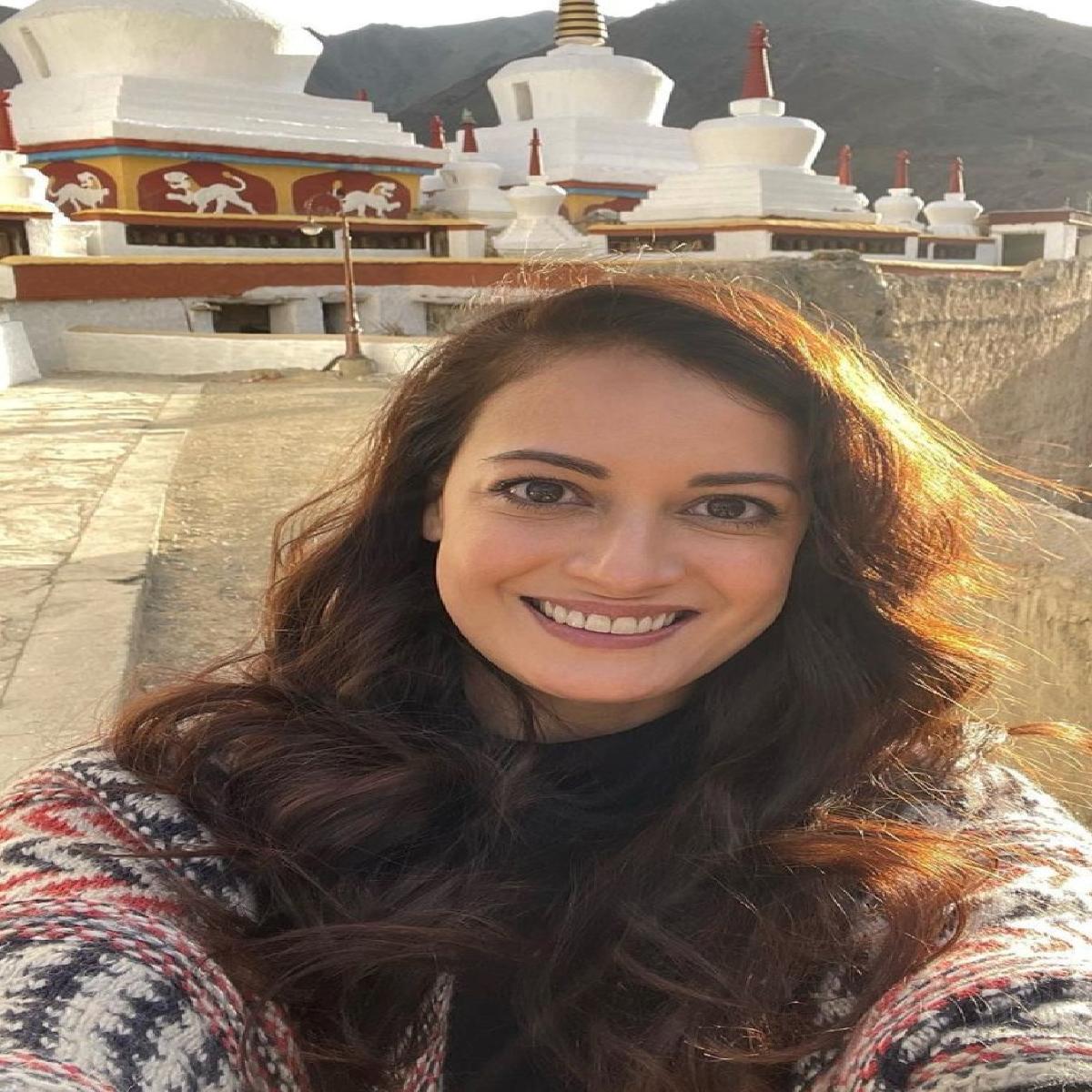 Actress Dia Mirza shared some BTS pictures of her shoot in Ladakh for the film Dhak Dhak, which is helmed by Tarun Dudeja.

In the pictures, Dia flashed a broad smile while taking a selfie against the backdrop of a Ladakh monastery, surrounded by mountains. The actor also shared glimpses of Ladakh, sharing an image of the monastery, having the typical red doors, carved with various colourful motifs and curtains hanging from the top.

The film 'Dhak Dhak' belongs to the adventure genre which follows the story of a road trip undertaken by a girl gang. The film also stars Fatima Sana Shaikh, Ratna Pathak Shah, and Sanjana Sanghi in lead roles.

The film is bankrolled by Taapsee Pannu under her home-banner Outsiders Films. It will her second movie after Blurr, which marks the debut production of the company.