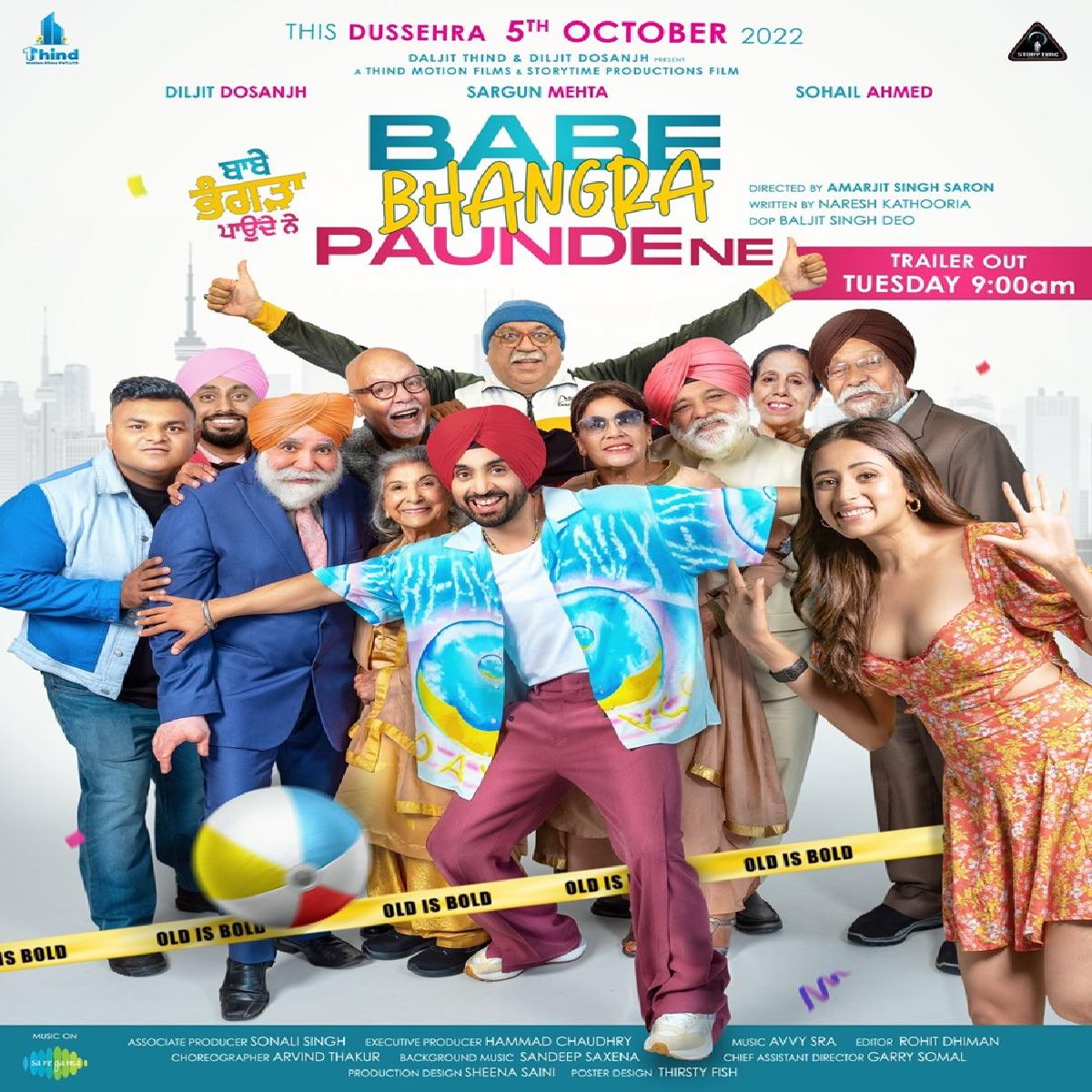 Starring Diljit Dosanjh, Sargun Mehta and Sohail Ahmed starrer Babe Bhangra Paunde Ne gets a release date. The trailer for the family comic caper will be out tomorrow and the film is hit the cinema halls on Dusshera.

The film is written by Naresh Kathooria and helmed by Amarjit Singh Saron. The trailer for the film will be out tomorrow and the film will release on 5th October worldwide.

Diljit Dosanjh was last seen in Jogi, helmed by Ali Abbas Zafar, the period drama revolving around a Sikh family during Delhi riots released on Netflix.