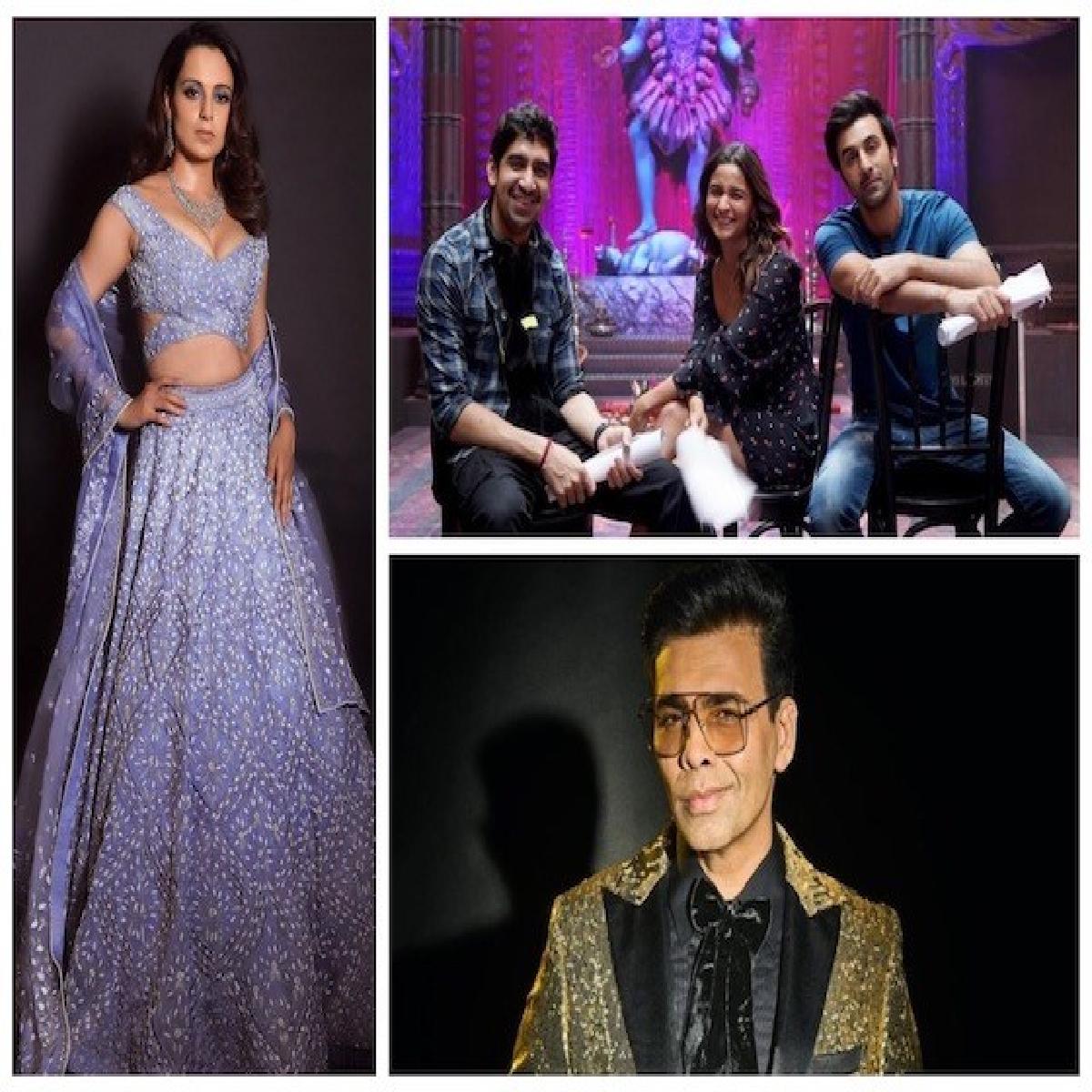 Queen of slam-dunks Kangana Ranaut is back with whiplash and dolling out lashes on social media to Karan Johar, Ranbir Kapoor, Alia Bhatt and Ayan Mukerji for the disaster Brahmastra.

But Kangana Ranaut believes it’s a flop and shouldn’t have made, taking to her social media and wrote, “People like Karan Johar should be questioned for their conduct. He is more interested in everyone’s sex life than in his films scripts. He self admittedly buys reviews, stars, and fake collection numbers and tickets. This time around he tried to ride Hinduism and south wave…All turned Pujaris suddenly and begged south actors, writers and directors to promote their film…They will do everything but not hire competent writer, director, actors and other talents… why not in the first place hire those they went begging to fix this disaster called Brahmastra”

“Everyone who called Ayan Mukerji a genius should be jailed immediately…He took 12 years to make this film, he replaced 14 DOP’s he shot for more than 400 days for this film and changed 85 ADs and burnt 600 crores to ashes. Also tried to exploit religious sentiments by changing the film name from Jalaluddin Rumi to Shiva last minute, because of Bahubali success….Such opportunists, such creativity deprived people, success starved greedy people if called geniuses then it’s not manipulation but a well thought of strategy to call din ko raat and raat ko din…”

“Their groupism is coming to bite them now…wedding to baby PR, controlled the media, jailed KRK, bought reviews, bought tickets…they can do everything dishonest but can’t make a good honest film…”

“This is what happens when you try to see a lie, @karanjohar is every show forces people to call @aliabhatt and Ranbir best actors and @ayan_mukerji a genius…slowly he started to believe this lie…what else explains 600 Cr budget of this film to a director who never made a good enough film in his life…Fox studio in India has to sell itself to fund this film…how many more studios  will be closed because of these clowns”

On the work front, Kangana Ranaut will next be seen in the film Emergency. The actor is also directing the movie.