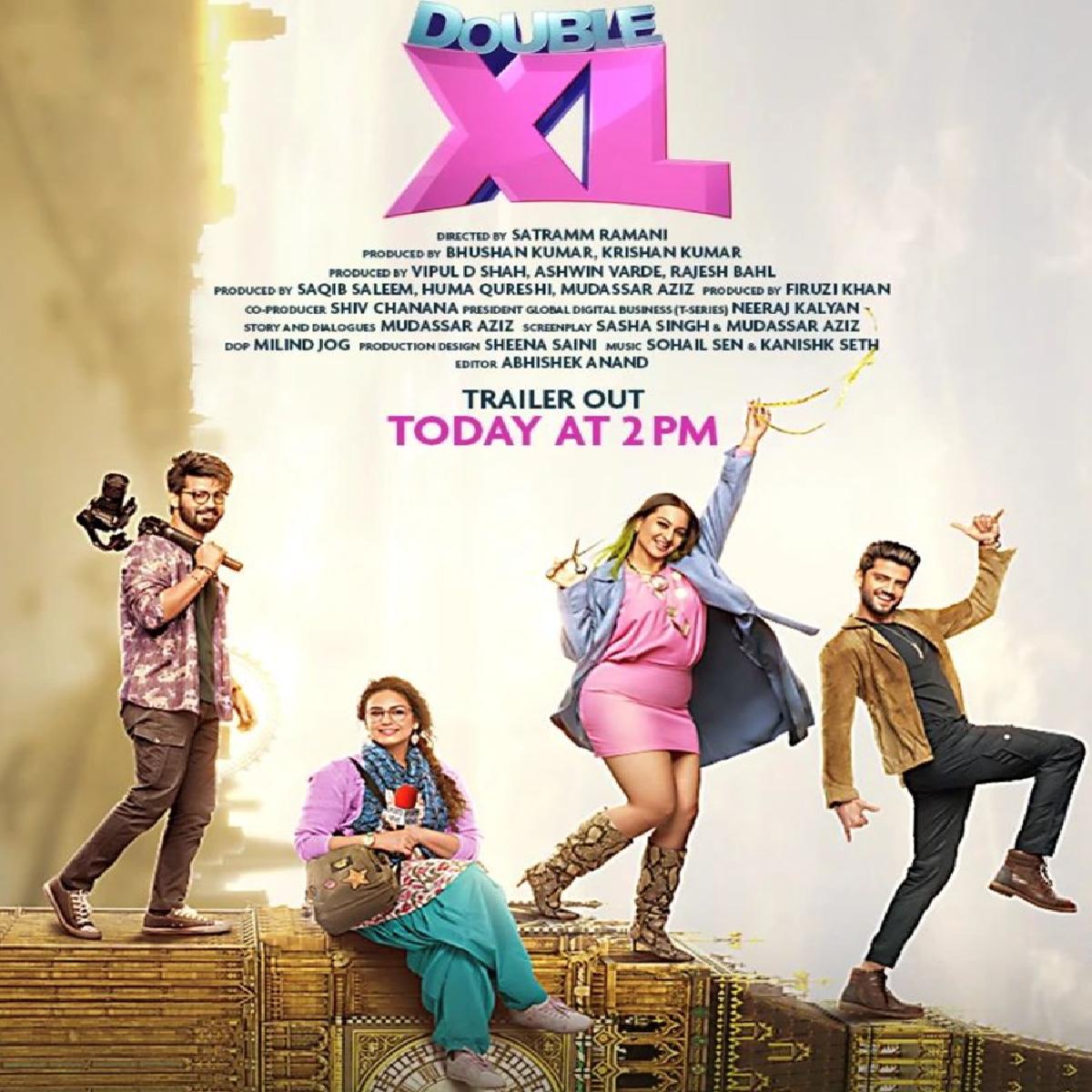 The trailer for Sonakshi Sinha and Huma Qureshi starrer Double XL, a heart-warming drama addressing the issue of body shaming, will be out today.

The film will revolve around Rajshri and Saira, played by Sonakshi and Huma, two big sized females, who have dreams just like everyone and but the social stigma around bigger-body, plays a major hinderance in their lives.

Helmed by Satramm Ramani and written by Mudassar Aziz it is produced by T-Series, Wakaoo Films, and Elemen3 Entertainment. The films is a humorous and heart-warming whirlwind adventure into the hearts of two plus-sized women, as they navigate through a society that frequently associates a woman's attractiveness or beauty with her size. The film also redefine the way 'attractiveness' and 'self-worth' is measured. The film talks about body positivity and women championing each other.

The film was earlier slated for 14th October release, but now it will hit the theatres on November 4, 2022.