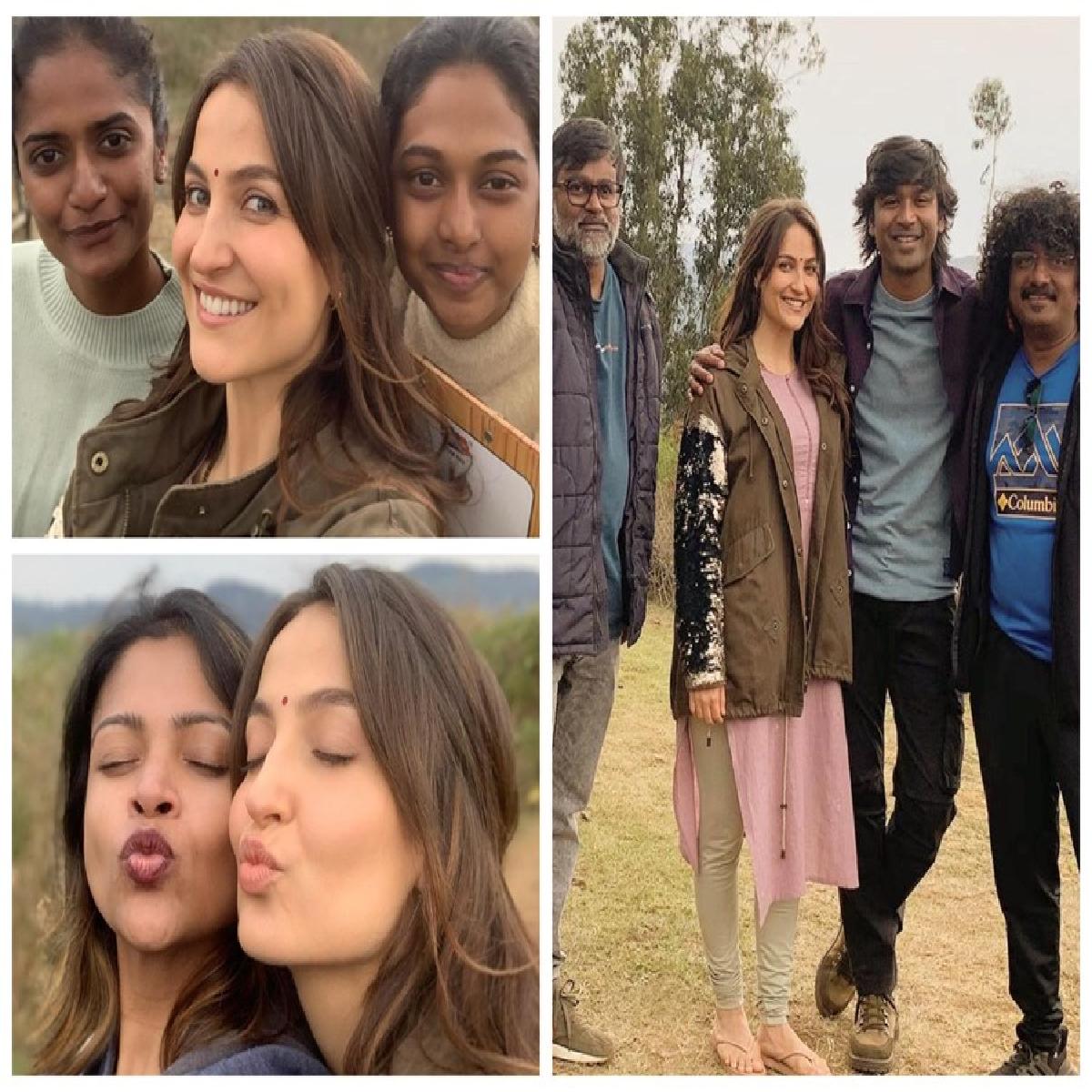 Swedish-Greek actress Elli Avram just took to her social media profile and confirmed that she has wrapped her part in a shoot in Dhanush starrer 'Naane Varuven'.

Taking to her social media, Elli Avram dropped a series of pictures with the ensemble and wrote, “Feeling so blessed & excited to finally share this with you all…Yesterday was a wrap for me, completing my part in Naane Varuven with my wonderful co-actor @dhanushkraja, brilliant director @selvaraghavan sir, and outstanding dop @omdop”

“Gonna miss this beautiful Team of passionate, professional, kind, and supportive people so much…Thank you for having me onboard #naanevaruven #dhanush #selvaraghavan #omprakash #elliavrram #yourstruly” added Ellie.

The film, Naane Varuven is produced by Kalaipuli S Thanu with Yuvan Shankar Raja scoring the music. The film stars Dhanush and Indhuja Ravichandran in the lead roles with Yogi Babu, Selvaraghavan, and Ilaya Thilagam Prabhu in supporting roles.

Apart from Naane Varuven, actress Ellie is also shooting for Ganapath, which is helmed by Vikas Bahl, also starring Tiger Shroff and Kriti Sanon in the lead role.

The action-thriller is bankrolled by Good Co. Production and Pooja Entertainment. The film is scheduled to be released on 23 December 2022.