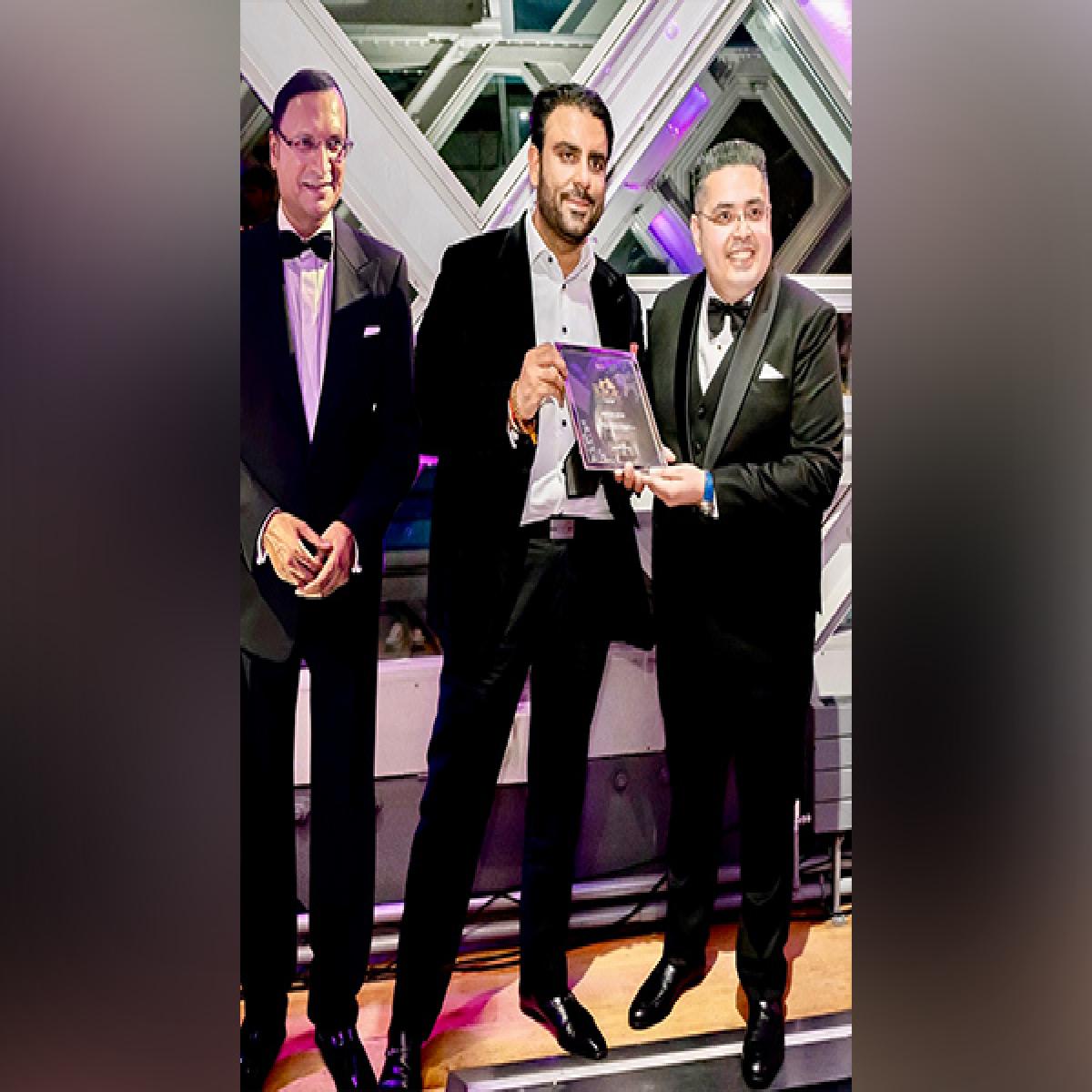 On the eve of India at 75, Real Estate business tycoon Avneesh Sood, Director of the EROS Group was identified and felicitated with the special honour as “Most Influential Indian” at an event “The ELITE List - Most Influential Indians” organized at the top of London Bridge belonging to the British monarch. Mr. Sood was also honoured with the cover-page coverage of the magazine.

'The ELITE List - Most Influential Indians' serves to the top 1% of the country as the ultimate guide to luxury from all across the world. The cover page of Elite Magazine is a coveted space for best of businessmen, Industrialists & entrepreneurs. However, getting featured on the cover of an independently published magazine that has a global readerbase is not a small deal. True stories of grit and determination find a spot on the cover page of the magazine.

Speaking on his currently bestowed honour Mr. Avneesh Sood, Director of the EROS Group, said "It is hugely encouraging for our work to be recognized in this way by our peers in the industry and it motivates us to pursue this mission even more vigorously. Our focus at EROS Group is to provide the best quality products to our customers at the most affordable prices. I am proud and humbled to receive this award on behalf of all our staff who have been part of this mission. This award also reflects the trust and confidence that we have been able to repose among our niche clientele. It is also testimony to the fact that EROS Group continues to redefine uber luxury with its unique marquee projects. We hope to keep setting new standards and reach more milestones soon.” Mr. Sood further mentioned.

Mr. Sood has been behind a series of achievements in the Indian Real Estate Industry. He spearheads the sales, marketing, PR, project development & strategic functions at EROS Group and has a clear focus on taking EROS Group among the top Real Estate developers in India. He was chosen from a shortlist of only the very best businessmen, Industrialists & Entrepreneurs for this ultimate honour.

Over the past 80 years, EROS Group has earned itself a reputation for being one of Delhi NCR's most dependable real estate developers. Mr. Sood has been recognized with many awards in the recent past and feels that this acts as motivation for him to do even better in the future, for India and its people.

The 'The ELITE List - Most Influential Indians' recognizes and celebrates companies and individuals who have had a positive impact on various Business Sectors across the world and is instituted to reward best practices in this field, and who through their vision, leadership and inspired contribution have significantly improved the quality of lives and elevated India’s global standing as the world’s leading business destination.