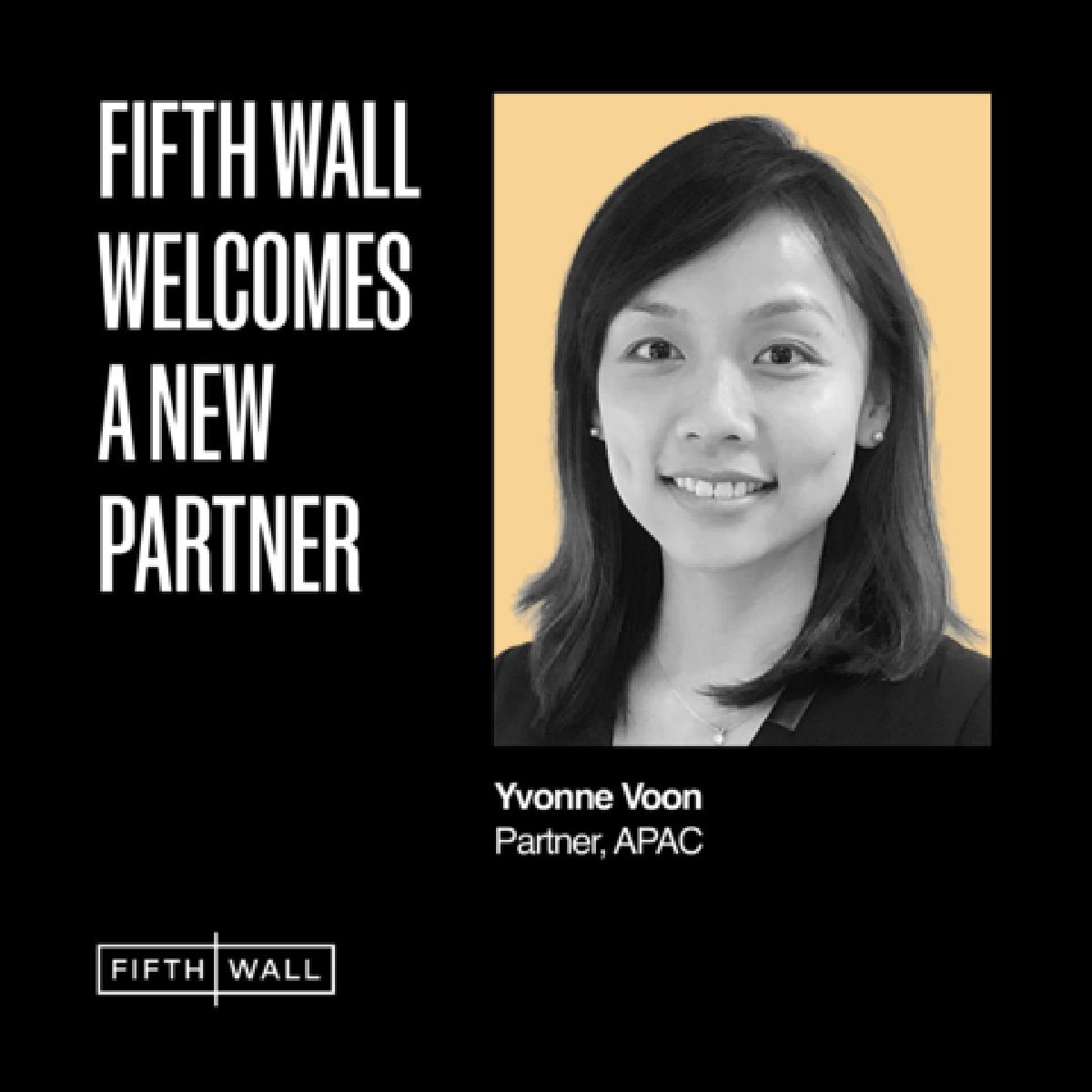 Fifth Wall—the 1largest venture capital firm focused on technology for the global real estate industry—including those which decarbonize the sector, today announced its expansion into Asia-Pacific (APAC) with the notable appointment of industry veteran Yvonne Voon as a Partner covering APAC and opening of the firm’s Singapore office, its first in the region.

Fifth Wall is the largest built world technology investor with a focus on PropTech and Climate Techin North America and Europe boasting more than 110 strategic limited partners (LPs) from more than 15 different countries with approximately $3.2B under management. Fifth Wall has previously attracted some of the leading APAC investors including CDL, Keppel Land, MITSUBISHI ESTATE CO., LTD, and NZ Super Fund, among others.

“As the largest and most active built world technology investor across North America and Europe, Fifth Wall has long had ambitions of expanding into Asia,” said Brendan Wallace, Co-Founder & Managing Partner at Fifth Wall. “We are thrilled to welcome a senior leader like Yvonne to our team to further propel our commitment to PropTech and Climate Tech globally, replicating our leading position with an expansion to Asia.”

Voon joins the firm after serving as Head of Group Capital Raising for APAC logistics property specialist, LOGOS Property. Prior to LOGOS, Voon had a nearly fourteen year tenure at Credit Suisse, most recently serving as the global investment bank’s Head of Southeast Asia Real Estate, Investment Banking and Capital Markets. Voon holds a Bachelor of Commerce from The University of Melbourne. Voon’s based in Singapore.

“Over the course of my tenure fostering and expanding investor relations, Fifth Wall and their expansive LP network across both the US and Europe has long been on my radar,” stated Voon. “I am excited to leverage my long-standing investor relationships and deep market expertise at the critical intersection of technology and real estate to help accelerate the growth of PropTech and Climate Tech across the APAC region.”

Founded in 2016, Fifth Wall, a Certified B Corporation, is the largest venture capital firm focused on technology for the global real estate industry. With approximately $3.2B in commitments and capital under management, Fifth Wall connects many of the world's largest owners and operators of real estate with the entrepreneurs who are redefining the future of the Built World. Fifth Wall is backed by a global mix of more than 110 strategic limited partners (LPs) from more than 15 countries, including BNP Paribas Real Estate, British Land, CBRE, Cushman & Wakefield, Hilton, Host Hotels & Resorts, Ivanhoé Cambridge, Kimco Realty Corporation, Lennar, Lowe's Home Improvement, Marriott International, MetLife Investment Management, MGM Resorts, Related Companies, Starwood Capital, Toll Brothers, and others. Fifth Wall believes this consortium represents one of the largest groups of potential partners in the global Built World ecosystem, which can result in transformational investments and collaborations with promising portfolio companies. For more information about Fifth Wall, its LPs, and portfolio, visit www.fifthwall.com.

1Based on assets under management as of January 12th, 2023