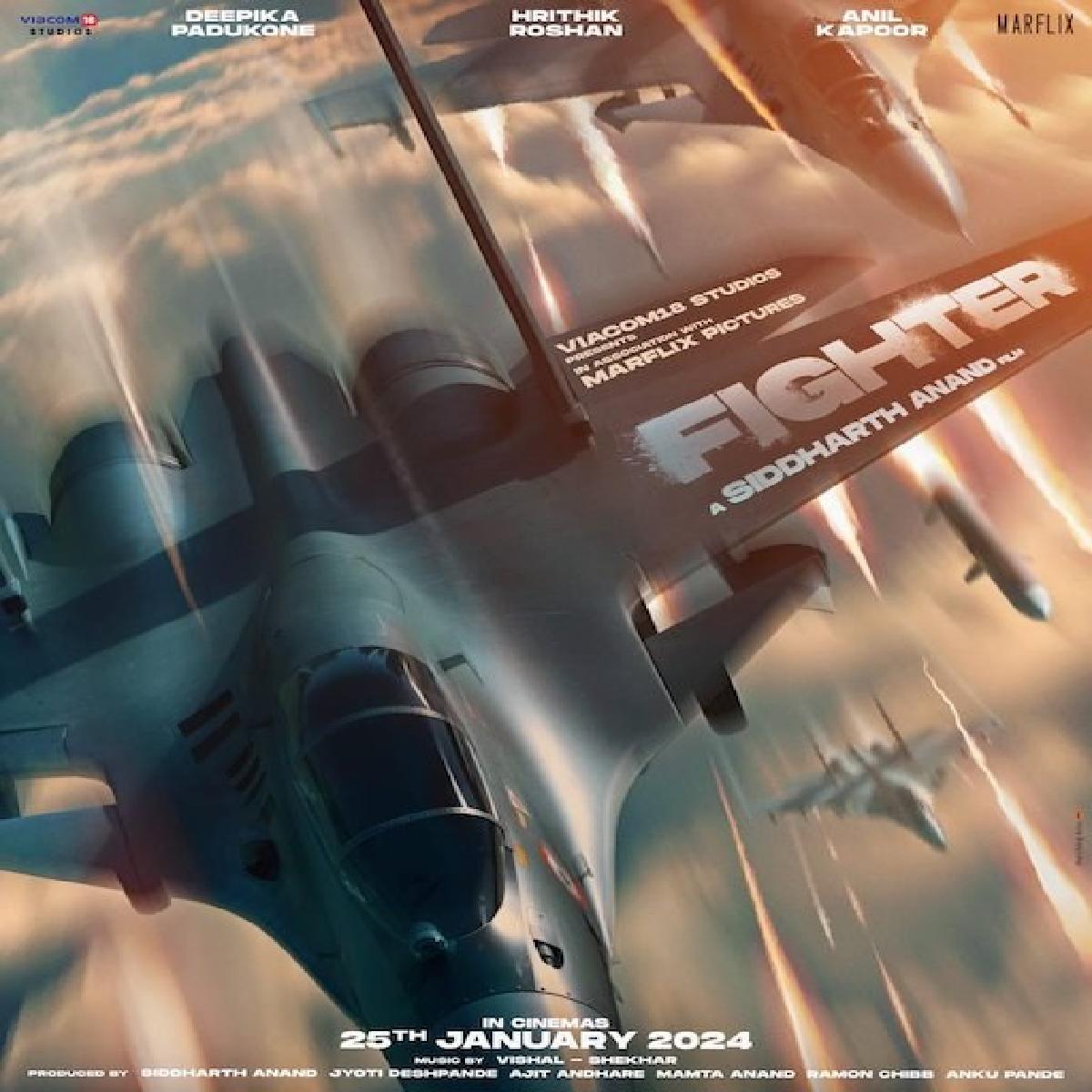 Superstar Hrithik Roshan just took to his social media and dropped a brand new poster for epic ariel drama Fighter, and also confirmed the new release date of the movie.

Starring Hrithik Roshan, Deepika Padukone and Anil Kapoor, the film Fighter has been postponed yet again. Earlier, the makers had revealed that the film will be released in September this year but now, Fighter has a new release date.

Fighter's new poster has further piqued the excitement of the fans as it features aircrafts shooting explosives. The film which will be directed by Sidharth Anand. The makers are pulling out all the stops to set up this massive spectacle, set to grip audiences with a never before big screen experience.

Fighter will be the first Indian film franchise to explore the genre of aerial action.

Meanwhile, Hrithik Roshan was last seen in the film Vikram Vedha alongside Saif Ali Khan. His upcoming films include Krrish 4.