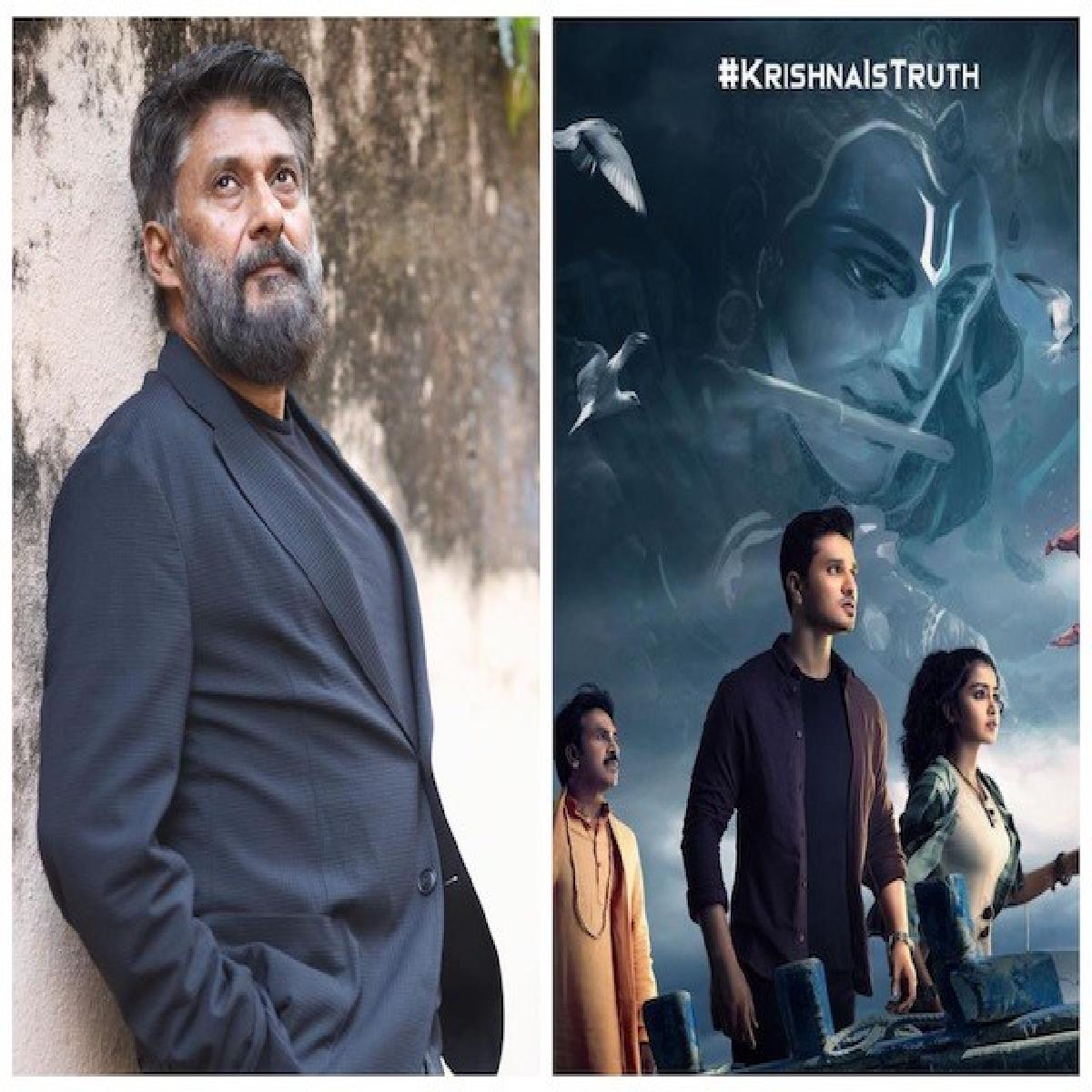 Sharing the trailer on his social media, Vivek shared, “#Karthikeya2 proudly celebrates the ultimate truth - Bhagwan Shri Krishna, Congratulations to @aaartsofficial and my brother @abhishekofficl Ji for backing this story.  Here's the Hindi Trailer of #Karthikeya2. The visuals look stunning.  All the

Karthikeya 2 is a supernatural thriller film written and directed by Chandoo Mondeti. Produced by Abhishek Agarwal Arts and People Media Factory, the film serves as a sequel to the 2014 film Karthikeya.

The narrative is centred on a search for secrets buried beneath the sea near Dwaraka.  The technical finesse and stunning visuals mixed with spirituality makes for good watch.

Actor Nikhil also took to his social media profile and expressed his gratitude towards Vivke and wrote, “The HINDI Trailer of #Karthikeya2 is here, if you like it….Plz Share and Spread it, Thanks to #vivekagnihotri ji for Launching this #Karthikeya2onAugust13th #KrishnaIsTruth”

The film is releasing simultaneously in Kannada, Telugu, Tamil, Kannada, Malayalam, and Hindi on 13th August 2022.
Meanwhile on the work front, filmmaker Vivek is currently busy with his next project, titled The Delhi Files.