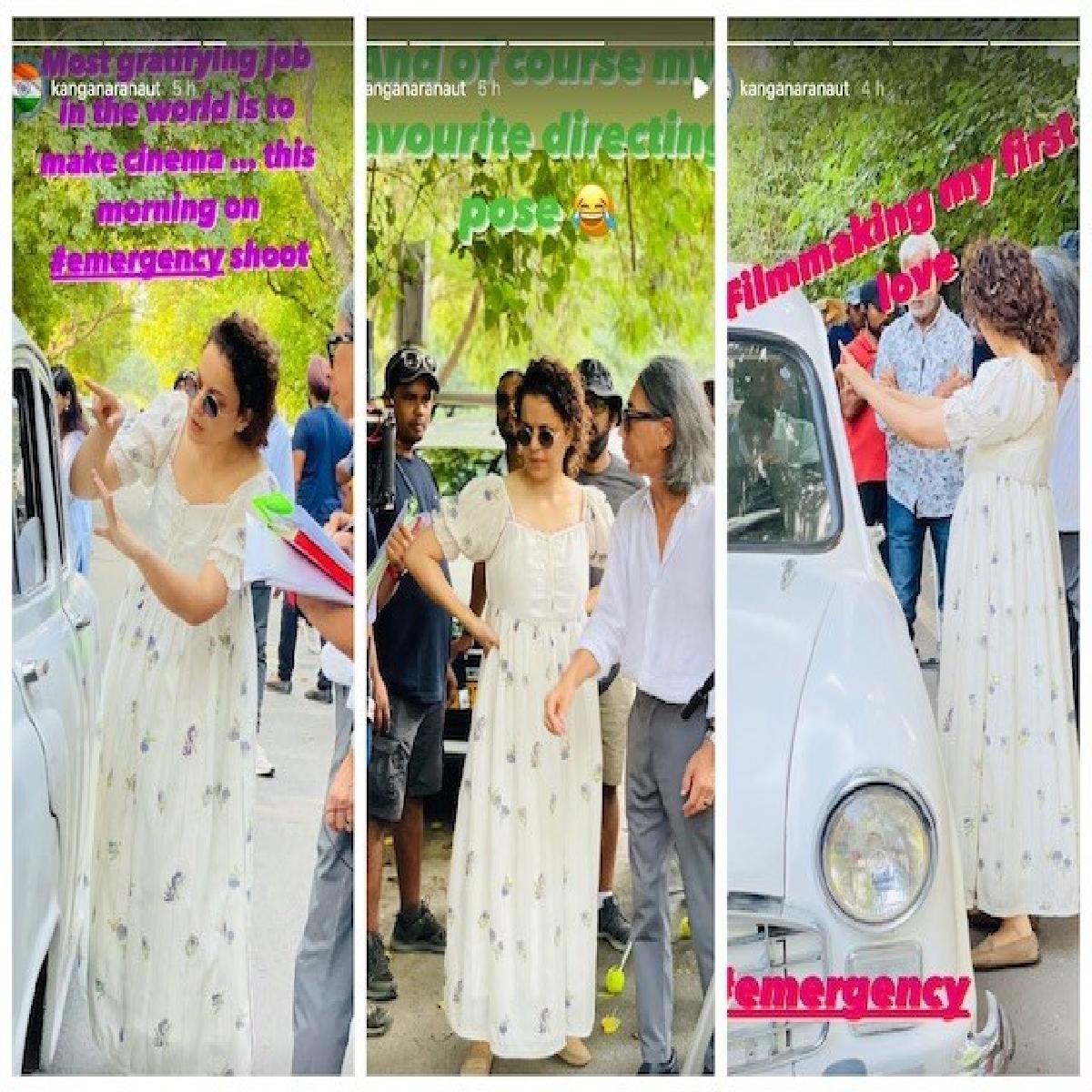 Actor and director Kangana Ranaut is shooting for second acting-directing project, Emergency, and shares updates on her social media profile, expressing her feeling about making films, which is her first love.

Kangana Ranaut has fully recovered from her Dengue infection and she is back on the sets of Emergency. She took to social media and shared a series of stories, giving a little sneak-peek into her directing stint.

She dropped a string of images from the sets of 'Emergency'. In the first picture, she is seen explaining a particular scene to her team members.
"Most gratifying job in the world is to make cinema...this morning on Emergency shoot," she captioned the post.

"And of-course my favourite directing pose," Kangana wrote alongside the image. She captioned the third image as," filmmaking my first love."
The political drama  revolves around the life of former Prime Minister Indira Gandhi and it features Kangana in the titular role of the late politician.