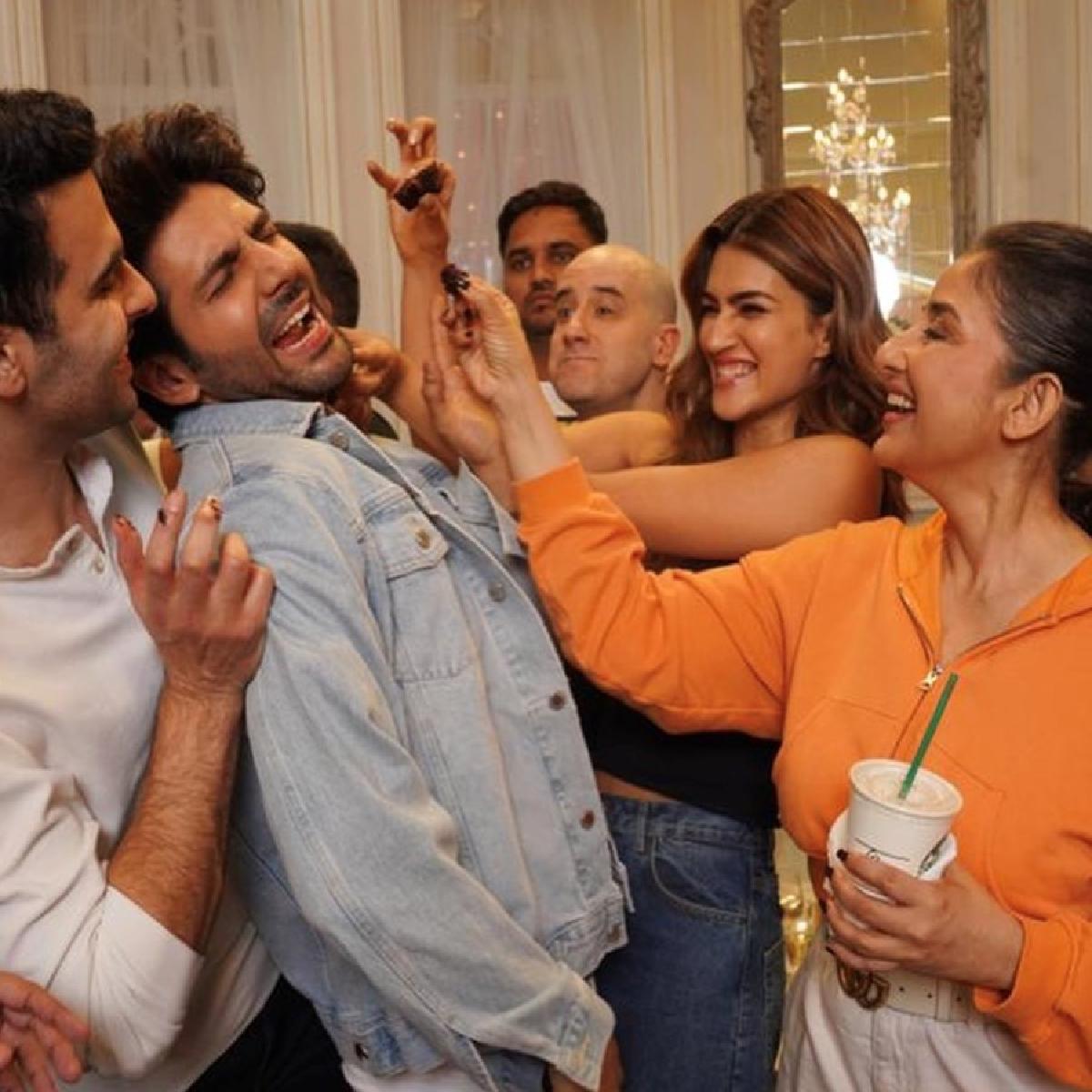 Kriti took to her social media profile and shared a string of pictures from the wrap-up, she captioned it, “And its finally a wrap!! #Shehzada Happy sad feeling as always…Sad that this beautiful journey has come to an end…And happy that we can share it with you all very soon! Stay Tuned #Shehzada Releasing in theatres on 10th Feb 2023… #RohitDhawan @kartikaaryan @amanthegill @tseries.official”

'Shehzada' is the Hindi remake of the Telugu blockbuster 'Ala Vaikunthapurramuloo' which starred Allu Arjun and Pooja Hegde and marks Kartik's second on-screen collaboration with Kriti after 'Luka Chuppi'.

Earlier on Kartik Aaryan's birthday, the makers unveiled the teaser of the film which received a massive response from the fans. The teaser features Kartik, portraying the character of 'Bantu' in the film, in an action sequence.

The makers of 'Shehzada' are all set to unveil the official trailer of the film on January 12, 2023. The trailer will be launched on a grand scale for three days in 3 cities in India. The film is all set to hit the theatres on February 10, 2023.

Apart from this, Kriti will be seen in the pan-India film 'Adipurush' opposite Prabhas and Sunny Singh. She also has an action thriller 'Ganpath- Part 1' opposite Tiger Shroff.