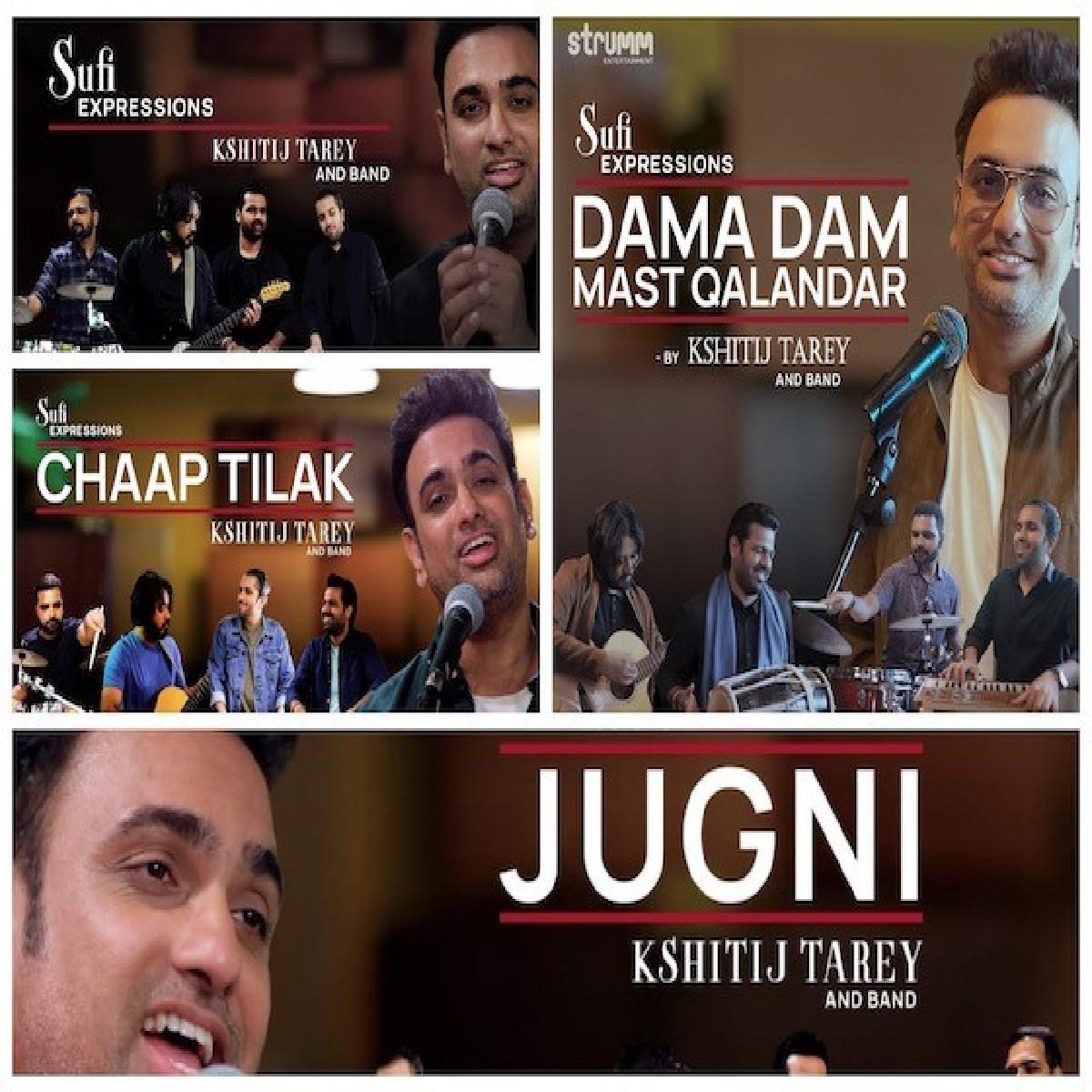 Sufi Expressions, the music album already has hit singles such as Chaap Tilak, Jugni and DamADam Mastkalandar, each song is an independent hit and following the success of album, the popular singer is planning the next step, taking his original album to audience through live performances across nation.

Talking about his three hit singles from album, Kshitij said, “Jugni track comes loaded with rock-feel, Chaap Tilak has a soft and mellow pop feel, while Dama Dam Mast Kalandar is wrapped in a very traditional flavor which is something tried and tested, but with a different vibe altogether. I am grateful for such an epic and positive response. I am taking the whole album across nation by performing live with my band”.

With his ethereal voice, Kshitij took Sufi music way beyond the usual diasporas audiences to a whole new level. His song, Dama Dam Mast Kalandar, is the latest song from album to go viral.

With Vikrant Kirar helming all the videos, the entire vibe and flavor of music videos is an additional talk of the town for its simplicity and rootedness, the videos have been edited by Ashish Thakur. Now with live performance from Kshitij and his entire band, would be an experience of lifetime.

Apart from regular music platforms, all the songs are also available on Strumms Sound. Kshitij has also published a lot of music videos on YouTube including the cover songs, originals, and a whole lot more