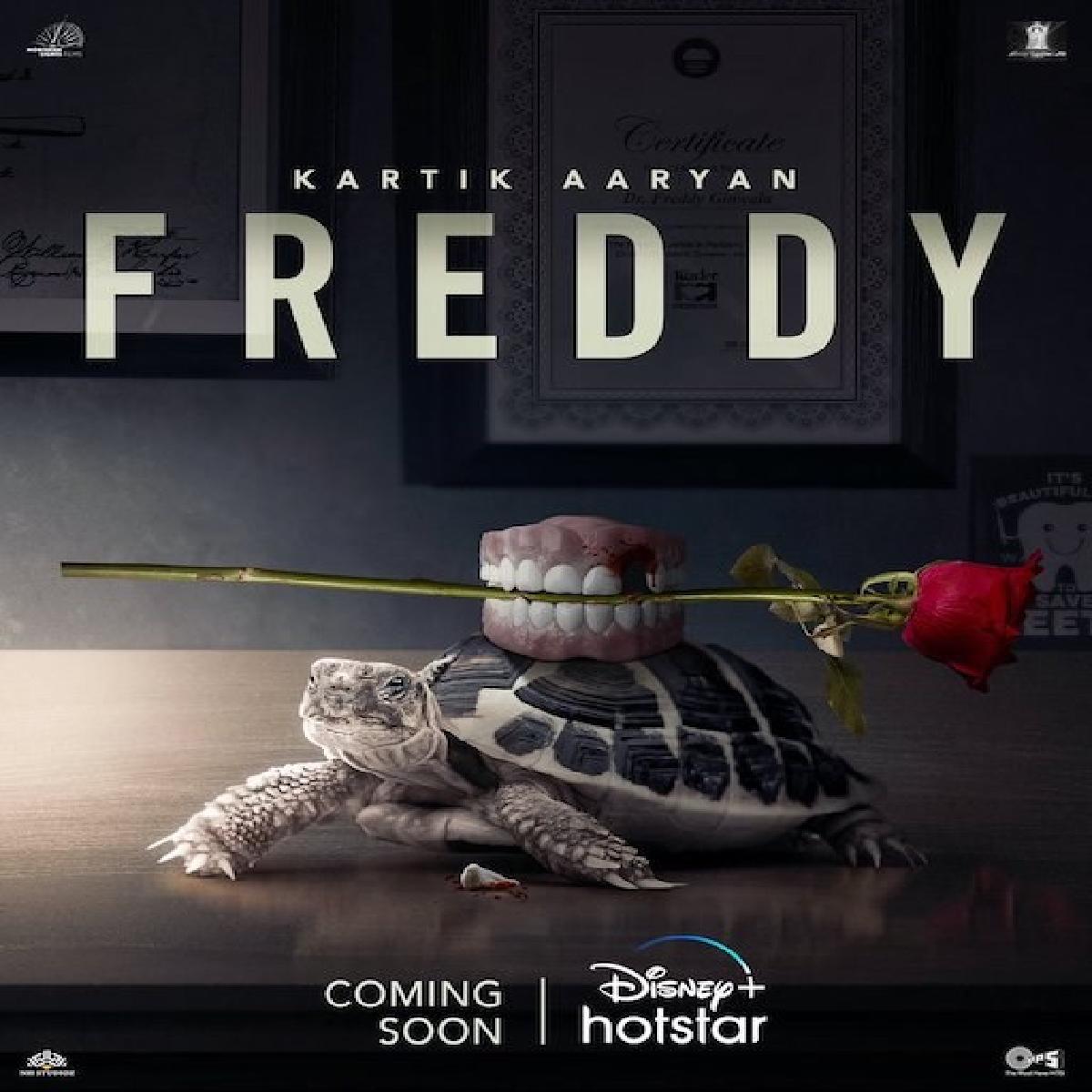 A fake set of teeth denture holding a rose, put on the top of a turtle, sounds like a cryptic love story, the first look poster for Freddy is out, starring Kartik Aaryan and Alaya F in the lead roles.

The romantic thriller is said to be packed with unpredictable twists and sharp turns, produced by Balaji Telefilms, Northern Lights Films and directed by Shashanka Ghosh.

Freddy' is the second movie starring Aaryan which is heading for a digital debut on Disney Plus Hotstar.

On the work front, Aaryan has some rather interesting projects in the pipeline. He will next be seen in 'Shehzada' opposite Kriti Sanon. The movie is an official remake of the Allu Arjun starrer 'Ala Vaikunthapurramuloo'.

He will also star in the romantic drama 'Satya Prem Ki Katha. The film will mark his reunion with his 'Bhool Bhulaiyaa 2' leading lady Kiara Advani.

He will also feature in Hansal Mehta where he will be seen playing a pilot. He will also star in 'Aashiqui 3' the sequel to the 2013 blockbuster 'Aashiqui 2'.