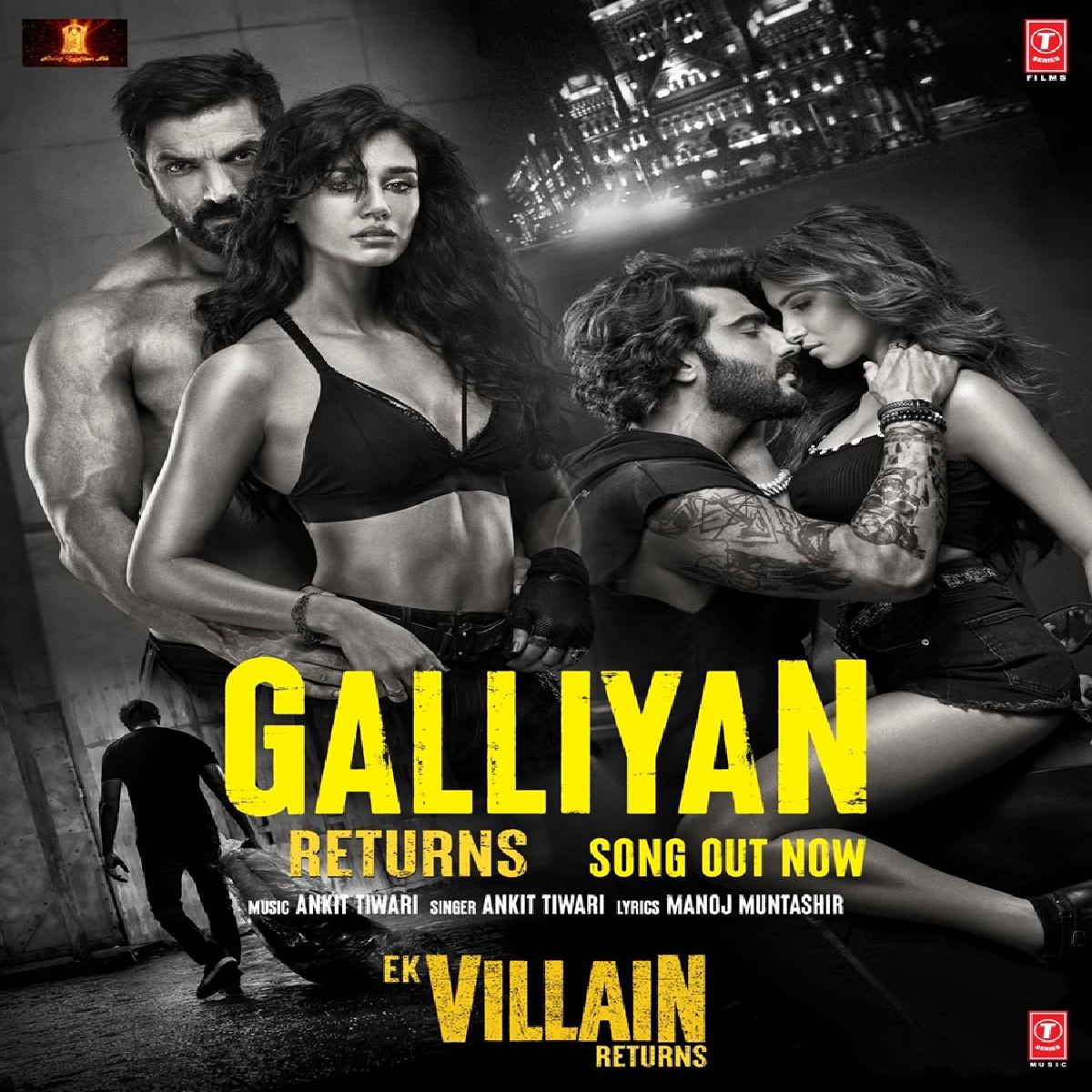 After dropping an epic trailer, the makers of 'Ek Villain Returns' unveiled their first song 'Galliyan Returns' which reminds of the original track 'Galliyan' from 'Ek Villain'.

The song has gone viral, it has clocked 8 million plus hits within a day of its release. The video of the song assembles the star cast and showcases the intense romance and hard-hitting action sequences of John Abraham -Disha Patani, and Arjun Kapoor - Tara Sutaria.

The recreated version is a dark reprised version of the earlier track 'Galliyan' which showcased the romantic story, the song has been sung and composed by Ankit Tiwari and is written by lyricist Manoj Muntashir.

Directed by Mohit Suri, the film is jointly produced by T-series and Balaji Telefilms and is slated to hit the theatres on July 29, 2022.   https://ek-villain-returns