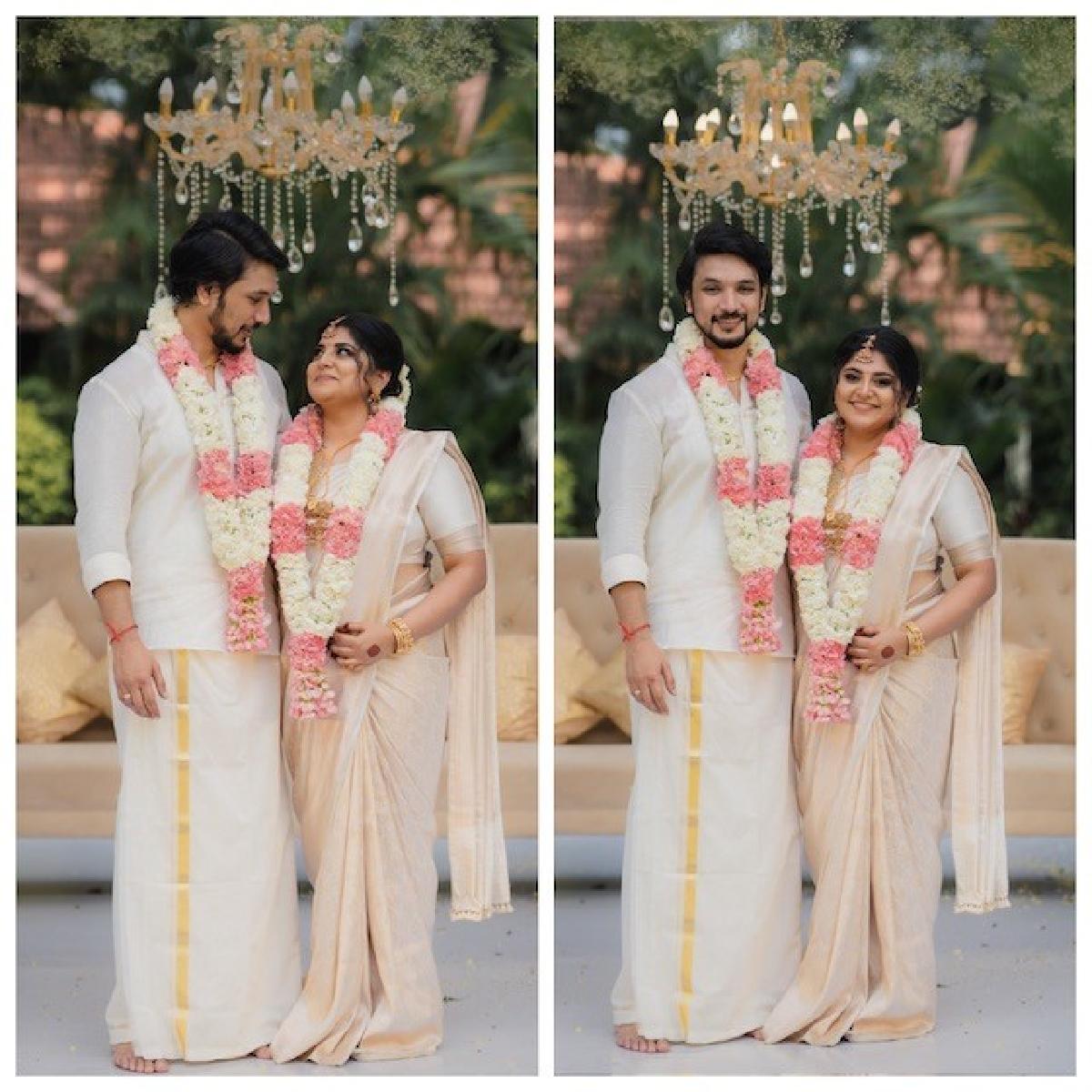 Manjima Mohan dropped the pictures of her wedding on her social media profile, she captioned it, “Now and forever”

In the pictures, Gautham Karthik is seen in a white veshti and shirt and Manjima is seen in an embellished white saree paired with gold jewellery.

Manjima is the daughter of veteran cinematographer Vipin Mohan and dancer Girija.

Manjima and Gautham teamed up for the first time for the Tamil movie Devarattam, directed by M Muthaiah. The couple began dating in 2019.