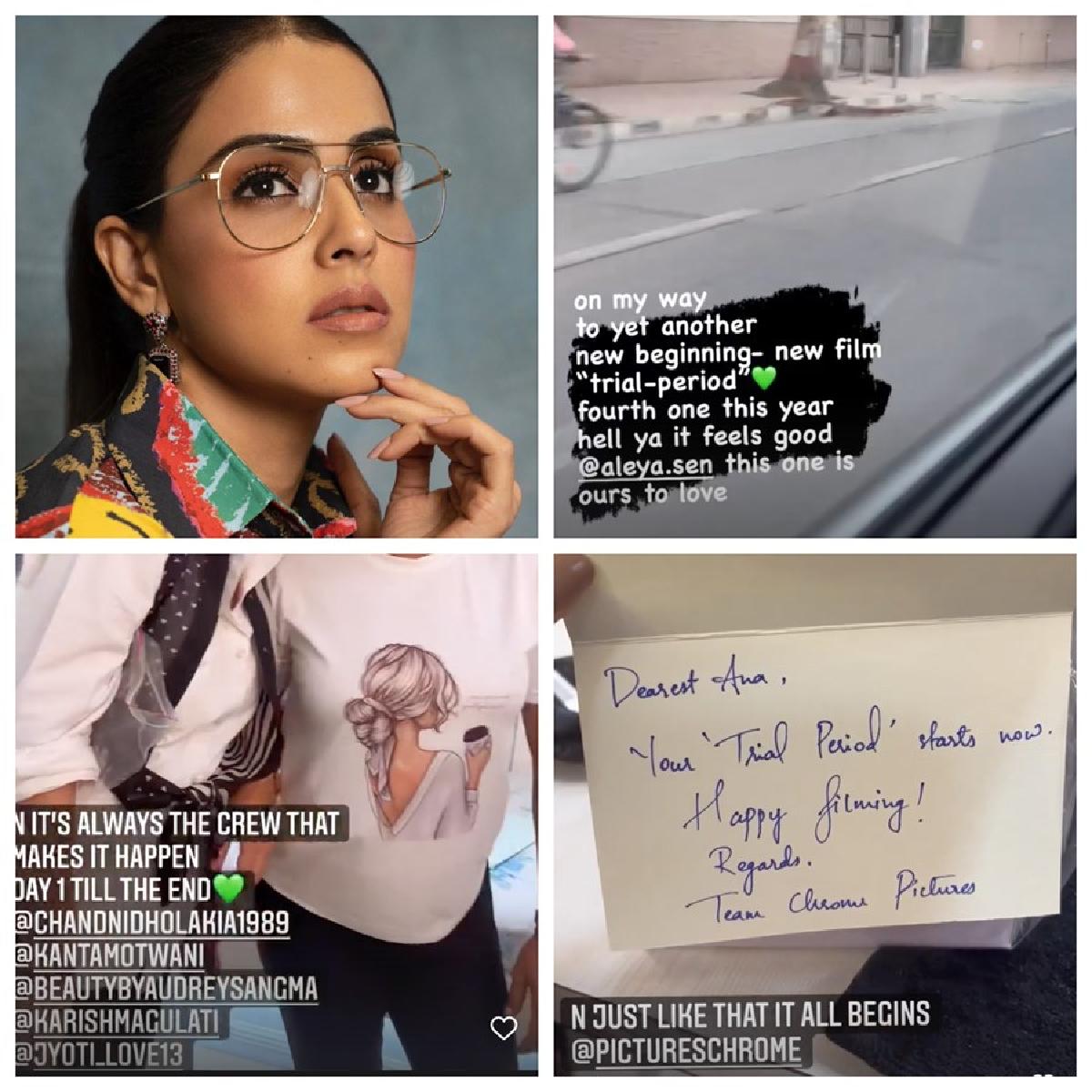 Diva Genelia took to social media profile and shared back to back IG stories, informing her fans about the shooting the project and introducing her team as well.

She dropped a video from her car while heading to the sets. Alongside the clip, she penned a brief note expressing her excitement about shooting for her "fourth project" of the year. She captioned it, "On my way to yet another new beginning -- new film 'Trial Period'. Fourth one this year..hell ya it feels good"

'Trial Period' is being helmed by Aleya Sen. Actor Manav Kaul is also a part of the film.

Genelia Deshmukh has a handful of projects in her kitty, she will making her Marathi debut with Vedd, followed by Mister Mummy and an untitled south film.

Mister Mummy is the joint collaboration of Bhushan Kumar and Hectic Cinema starring Riteish and Genelia Deshmukh and directed by Shaad Ali. The comedy-drama revolves around the story of a couple with opposing choices when it comes to children and the bumpy comic ride filled with drama, revelations, and realizations when destiny brings a twist to these childhood sweethearts' lives.

Vedd, is presented by Mumbai Film Company, it is an Ajay-Atul musical. The film also stars Jiya Shankar apart from Riteish and Genelia Deshmukh. Who will be making her Marathi language debut.