Get Groovy With Jungle Mein Kand From Bhediya, Song Out Now 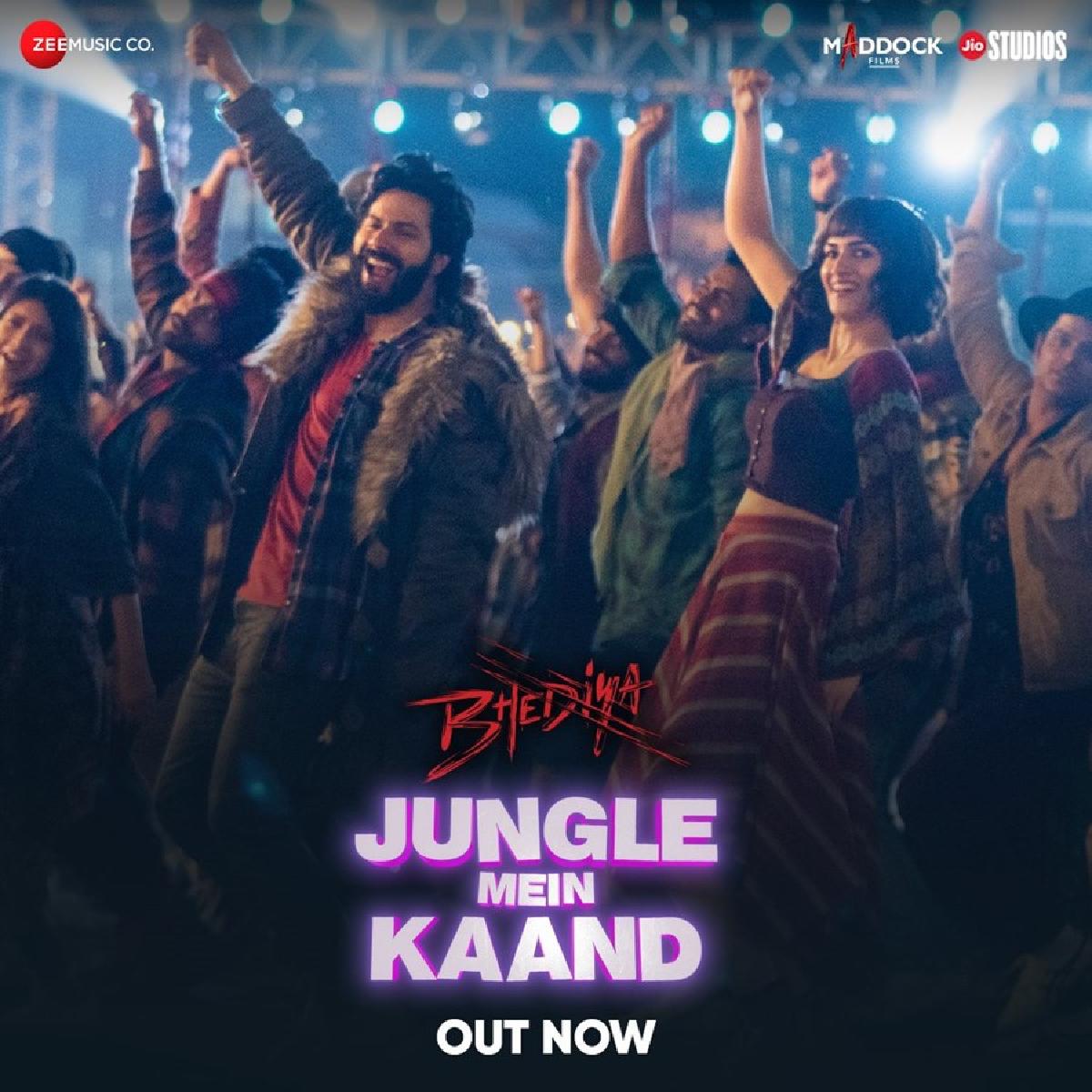 After hit a high note with Thumkeshwari and Apna Bana Le, the makers of Bhediya unveils the party anthem song, Jungle Mein Kand from the film.

The high energy jungle party number is crooned by Vishal Dadlani, Sukhwinder Singh, Siddharth Basrur along with Sachin-Jigar, who has composed the song as well. It is written by Amitabh Bhattacharya. Featuring the entire ensemble of the film, the song is fun and energetic number.

The film revolves around Bhaskar (Varun) who gets bitten by a wolf at a very special yet magical night that happens once in a year, due to that bite he gets the abilities and characteristics of the wolf therefore turning him into a whole wolf at full moon nights!